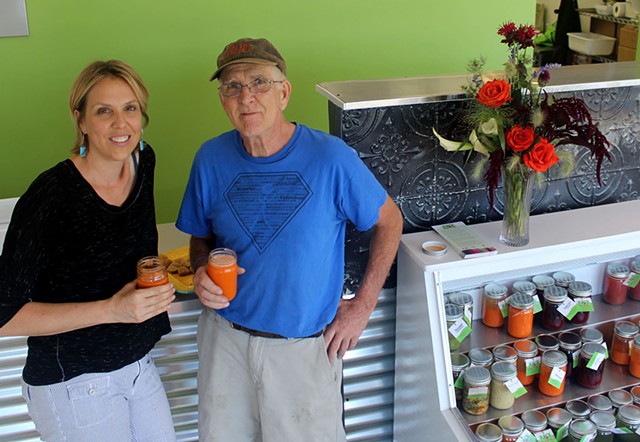 In August 2015, Sheri Bannister and her father, David Bedard, began pressing raw, organic juices in Bannister's Bristol kitchen. Soon she was taking increasing numbers of online orders for local delivery of fresh-squeezed juice, under the name Juice Amour. On July 25, Bannister and Bedard opened a juice café at 1396 Route 7 in Middlebury, with free Wi-Fi and ample seating.

Bannister started feeling the juice buzz after watching Fat, Sick & Nearly Dead, a 2010 documentary that follows filmmaker Joe Cross on a road trip after he commits to a 60-day juice cleanse to regain his collapsing health. Spoiler alert: Cross drops 100 pounds and forgoes all his previous medications for a chronic autoimmune disease. 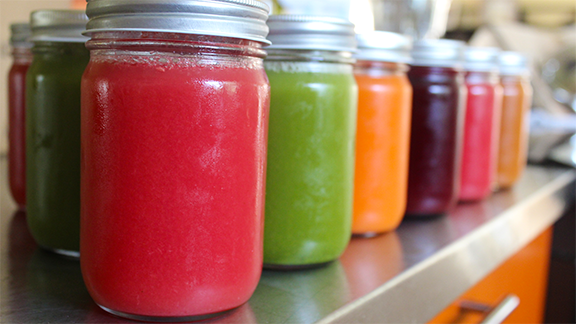 "I was so inspired," Bannister says. "I'm vegan, but I've always been curious about food and its influences on our health. So I bought a juicer. I loved how the fresh juice made me feel."

While the juice wave had already gained strength in the Burlington area, it wasn't as evident in Bannister's neck of the woods. So the Vermont native and marketing professional decided to channel her business prowess into a career dedicated, as she puts it, "to making people feel good." Her juice is made daily with local and organic produce.

Juice Amour's café features customer favorites such as Ginger Bliss, a spicy blend "good for tummies and colds"; and the adventurous Fat Burner, packed with garlic, red chile, apple, bok choy, kale and lemon. Housemade cashew and sprouted-almond milks are on offer, the small-batch blends resembling a milkshake more than a health tonic. Guests will also find homemade chia pudding, smoothies, hefty acai bowls and — thanks to Bedard, who's a roaster at Vermont Coffee Company — a good cup of joe. Partnerships with local suppliers such as Elmer Farm, New Leaf Organics and Black River Produce keep the juices flowing.