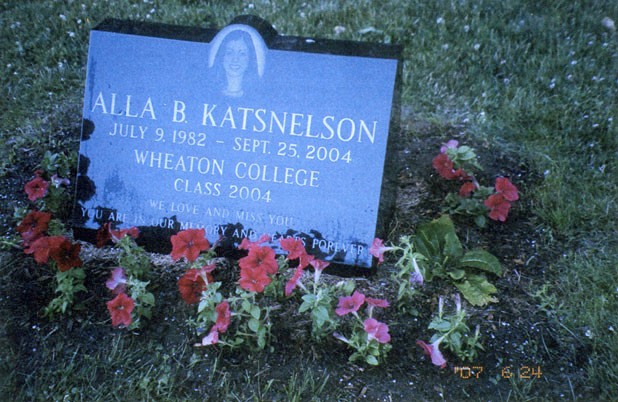 Last month, a case between a local synagogue and a grieving Burlington couple was finally laid to rest in the Vermont Supreme Court. For months, Boris and Marina Katsnelson had been battling with Temple Sinai over who “owned” their daughter’s grave. At one point, exhumation was on the table.

The trouble began in 1997, when a city employee mistakenly sold three burial plots to the Katsnelsons, who are Russian Jews, in the Temple Sinai section of Lakeview Cemetery. Like other religious groups, the South Burlington synagogue owns a certain number of plots in the historic Queen City burial ground.

The error was discovered after the untimely death and burial of the couple’s daughter, Alla, in 2004. Parks and Recreation Director Wayne Gross admitted the mistake and promised to reimburse the synagogue by selling them three nearby plots.

Meanwhile, the Katsnelsons say temple members began harassing them for disobeying temple rules, which include a no-flowers policy in Lakeview Cemetery. In June 2007, the couple videotaped a member of the temple’s cemetery board forcibly removing flowers from Alla’s grave.

Provoked by that videotape, Temple Sinai sued the Katsnelsons later that year. David Greenberg, the temple’s attorney, told Seven Days that his clients sued simply to make the Katsnelsons abide by the temple’s cemetery rules. But when the couple continued to resist, Greenberg said, he asked a judge to order the exhumation of Alla’s body — presumably to move it.

In August, Temple Sinai agreed to withdraw its request for exhumation, and Superior Court Judge Dennis Pearson awarded the contested plots to the Katsnelsons. But Pearson’s ruling incorporated a condition proposed by Greenberg: that the deeds be held in escrow for three years and transferred only if the family has not violated any of the temple’s cemetery regulations.

The Katsnelsons filed an appeal with the Vermont Supreme Court, but then decided to drop it. Sitting at their kitchen table two Sundays ago, they said they’re done with the courts and won’t plant any more flowers on Alla’s grave.