Jr's Original to Open in Winooski 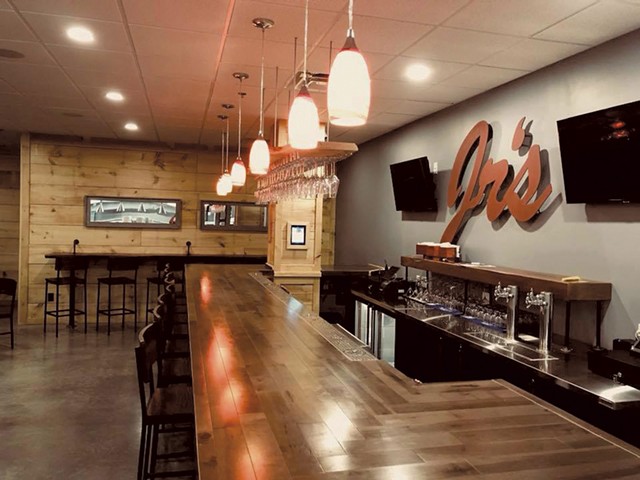 A second restaurant will open at 348 Main Street in Winooski on November 19 when Jr's Original joins Pho Dang Vietnamese Café in the building north of downtown.

Co-owner Bogdan Andreescu, who grew up in Winooski, is bringing to his hometown an Italian restaurant that will resemble Junior's Italian, where he started working as a teenager. His business partner is Kyle Crete, a childhood friend and fellow 2002 graduate of Winooski High School.

Thirty-four-year-old Andreescu was born in Romania and moved to Winooski with his parents as a toddler. "The dining scene in Winooski has improved a lot" since his childhood, he said. "It's a mixed fare. It reflects the multicultural refugee center that Winooski has always been — and that's what I'm a part of."

The 49-seat restaurant with a full bar will feature traditional Italian fare, including chicken marsala, eggplant Parmesan, pasta primavera, and spaghetti and meatballs. Pizza and salads are also on the menu.

Andreescu is pleased to revitalize a Junior's tradition: a free dinner on Christmas, served from noon to 3 p.m., for people in need. In addition to ham, options will be available for those who don't eat pork, Andreescu said.

Jr's Original will open Monday through Saturday at 11 a.m. and Sunday at 4 p.m.

The original print version of this article was headlined "Buddy Pies"