Jr’s Original in Winooski Brings Back Its Italian Menu 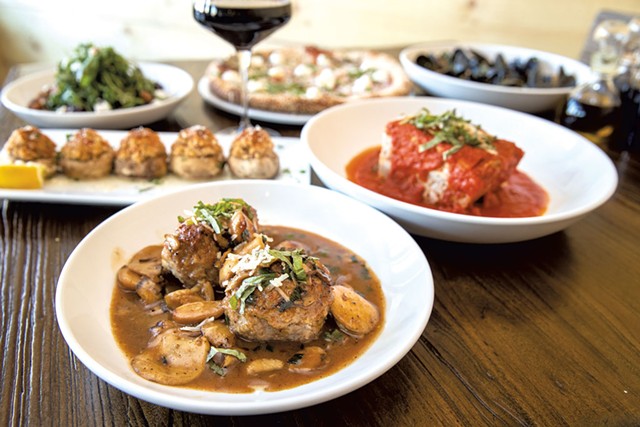 After three months of offering Cantonese-style dishes as Jr's Original Peking Duck House, Bogdan Andreescu's Winooski restaurant has returned to its Italian roots and old name, Jr's Original. The eatery, which first opened at 348 Main Street in November 2018, closed last week for a reset. It reopened on Monday with its original menu of pasta, pizza and Italian American classics, which is also offered at chef-owner Andreescu's second location, Jr's Williston, at 32 Cottonwood Drive.

In June, Andreescu, 38, told Seven Days that chefs Ryan Brigante and Ron Martin would bring their experience cooking at South Burlington's Silver Palace to Jr's Original in Winooski. Brigante already worked for Andreescu at the time and knew Martin and his son, Ryan Martin, who were cooking together at Silver Palace when it closed on July 2 after 36 years. 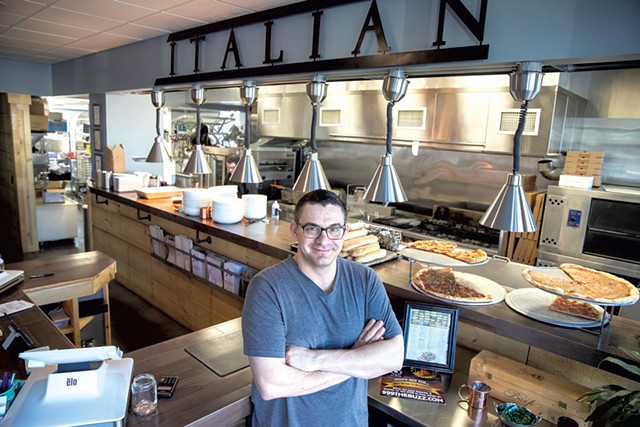 Andreescu spent the summer and early fall expanding his Williston location with an attached sports bar and arcade room called Sidebar, which opened in September. In a phone interview, he said he had hoped that Brigante and the Martins would take the lead in launching Jr's Original Peking Duck House and treat it as if they were the owner-operators.

"I couldn't focus on both places," Andreescu said. "Eventually, my plan was for them to buy it."

Although Andreescu said the Chinese food concept did well, it did not generate enough revenue to cover its bills, including salaries. "When I opened Winooski, I worked 90 hours on the line and paid myself with scraps," Andreescu said. "If you do that, you can make it work."

Ultimately, Andreescu said, Brigante and the Martins were not interested in that type of commitment. All three remain on staff at Jr's Original, where Andreescu will duplicate the systems he's refined in Williston to turn out consistent menu favorites, such as chicken piccata, saffron mussels and marsala meatballs.