Independence Day is a big deal in Bristol. And this year, two new businesses added to the festivities as they opened over the July 4 weekend.

Jones the Boy Bake Shop opened on July 2 at 28 North Street. Owners Ash Allison and Ryan Kick had been seeking a production facility to expand their wholesale cookie business when they saw a sign in the window of the former Almost Home Market, which closed in June 2020.

"We weren't really planning to do a storefront," Kick told Seven Days.

"But we were outgrowing our home kitchen, and, seeing this space, it seemed very serendipitous," Allison said.

The couple started Jones the Boy — named for their orange cat, Jonesy — in 2017, baking cookies to sell at Burlington's Uncommon Grounds.

"We started doing one dozen cookies for each day — Friday, Saturday and Sunday," Kick said. "Now Uncommon Grounds is closed, but we distribute 500 to 600 cookies a week just to our wholesale accounts." Those include both locations of City Market, Onion River Co-op and Healthy Living Market & Café.

Along with the oversize, crispy-chewy chocolate chip cookies for which Jones the Boy is known, the Bristol bakeshop offers an assortment of cookies and pastries made with local, seasonal ingredients, plus vegan and gluten-free options and Uncommon Coffee from Essex.

"They continued on [when Uncommon Grounds closed], and it's the same roaster, who is a dear friend of ours," Allison said. "We're able to serve the same coffee that we used to love, and it kind of keeps the spirit alive."

Jones the Boy Bake Shop is open Thursday through Sunday, 8 a.m. to 3 p.m.


South Mountain Tavern also opened for business on July 2, bringing live music, burgers and beer back to 31 Main Street and filling the late-night void left by its predecessor, Hatch 31. 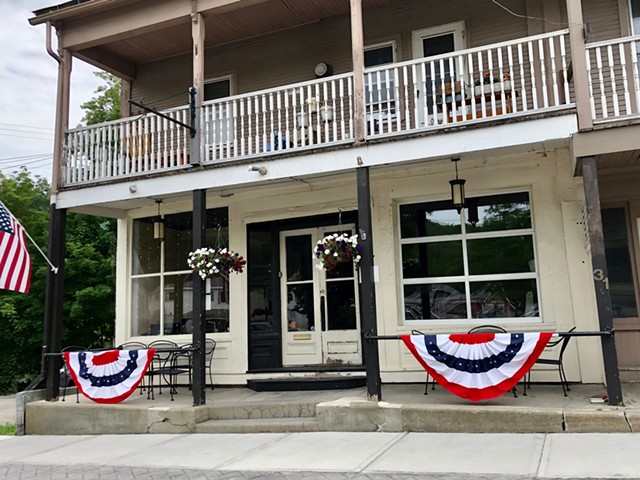 The tavern is the first business venture for owner and Starksboro native Kristin Harris, who was most recently a teacher for the Champlain Valley School District Virtual Learning Academy.

"I was teaching 15 first graders from my basement with zero human contact, and then I just bounced right into this situation where I'm surrounded by hundreds of people each night," Harris said.

Harris' father, Patrick Hendee, owns 31 Main Street. When Hatch 31 closed in March after a six-year run, the father and daughter decided to open their own bar in the space.

"It's been a bar for over a century, so it really wouldn't feel right if it were anything else," Harris said. "It really is a dive, but people love it there."

It's "real bar food," as Harris puts it. She hopes to bring back Taco Tuesday — a Hatch 31 staple — but will start with Wednesday-through- Saturday service from 5 p.m. to midnight as she acclimates to the bar business.

"I spent many nights waking up in a cold sweat the last couple months," Harris said with a laugh. "But if I can manage first graders, I think I can manage folks having a good time drinking."