Anyone who's lived in Burlington for a while and has explored its neighborhoods likely has seen a John W. Roberts house, whether or not they knew it. And once you do identify one of his unique 19th-century cottages, you'll start to notice them everywhere.

Born circa 1853 in Essex, Roberts was a carpenter, architect and builder who constructed more than 50 houses in the Queen City from the late 1870s through the 1890s. Many of Roberts' homes are still around, scattered throughout the city's oldest neighborhoods, from Archibald Street in the Old North End to Flynn Avenue in the South End.

According to Preservation Burlington's Tara Harrison, the majority of Roberts' homes were built as one-and-a-half-story cottages in the Queen Anne style. Selling at the time for as little as $900, these houses were often funded by wealthy real estate speculators to serve the city's burgeoning population of blue-collar workers.

As recently as 1986, the Burlington Free Press described Roberts' homes as subdivided apartments for college students, humble abodes for solidary retirees, and young couples' "starter homes," which then cost about $50,000. In the '80s, many were in a state of disrepair.

Not anymore. Though a few are still rental properties or have been converted for commercial use, others have been charmingly restored; in some cases, the same owners have lived in them for decades. Many are listed on the National Register of Historic Places and are valued at more than $400,000. 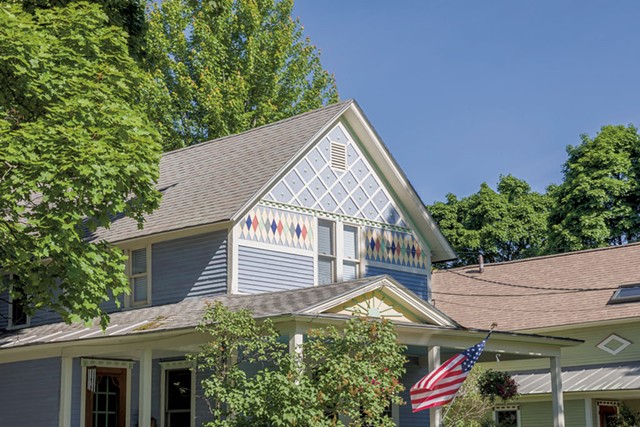 What's unique about a Roberts home? Kaitlin O'Shea — a preservation planner with South Burlington civil engineering firm VHB — explored the topic on her personal blog, Preservation in Pink. There, she chronicles historic structures around Vermont that she finds unusual or noteworthy.

O'Shea, who's also an avid runner, explained to Nest that she first noticed Roberts' houses during her runs through Burlington's historic neighborhoods while attending graduate school at the University of Vermont. Initially, she was attracted to the homes' distinctive decorative features, such as the patterned designs in their gables, which vary from house to house. Some feature round buttons, others diamond-shaped millwork or patterned roof shingles. Nearly all are laid out with Roberts' signature L-shaped or rectangular floor plans, with a large bay window in the front and a side porch, sometimes with turned wooden posts.

Roberts' well-crafted homes reflect a style of construction that was common in turn-of-the-20th-century Burlington, O'Shea noted. Unlike modern "McMansions," whose frontages are dominated by wide driveways and massive garage doors that reflect a car-centric culture, Roberts' houses were built at a more modest "human scale," she said. Situated closer to the street, with approachable porches, they were meant to fit in with the walkable character of their neighborhoods.

"They're just nice little houses that people have respected and appreciated over the years," O'Shea noted. "Most of them are still intact."

One well-preserved example is at 69 Mansfield Avenue, along a block that includes three other Roberts homes. Owners Steve and Maggie Conant moved in as renters in 1978 and bought the house three years later for $50,000.

Maggie confessed that her circa-1889 house has its quirks, such as difficult-to-insulate walls and floors that were never level. Once, while her daughters were very young, her 2-year-old fell down its precariously steep staircase. Fortunately, the toddler was carrying an armful of stuffed animals, Maggie noted, which cushioned the fall and prevented a serious injury. 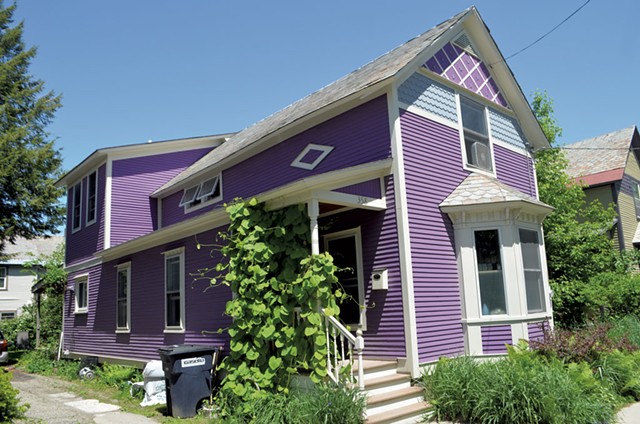 In the four decades they've lived there, the Conants have made numerous improvements to the house, including a major addition to the rear and converting a 12-by-20-foot garage/carriage house into an art studio for Maggie, a retired Burlington High School art teacher. (Steve is the owner of Conant Metal & Light.)

As for Roberts, his short but industrious home-building career in Burlington ended abruptly. After his wife's death in 1896, he moved to Philadelphia; he later remarried and continued working as a carpenter. According to Harrison, it's unknown whether he ever built houses in the City of Brotherly Love.

The original print version of this article was headlined "Cottage Industry"