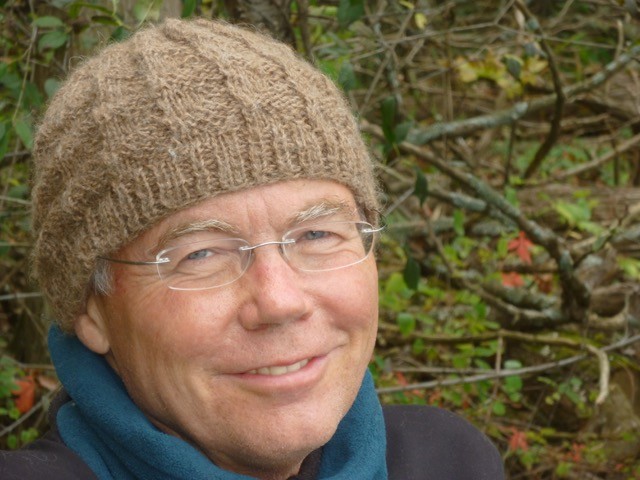 John Robert Roos, M.D., age 61, died on December 24, 2014, at the VNA Vermont Respite House in Williston, as a result of esophageal cancer.

John was born on April 30, 1953, in Fargo, ND, to Lillian Mercedes (Mickelson) Roos and Norman Carl (Herseth) Roos. He grew up in Hawley, Minnesota, as the youngest of three boys. His parents were both teachers. Growing up, John loved helping his father tend their bee-yards and his mother in their perennial gardens in the summers.

John graduated from Concordia College, Moorhead, MN, in 1975, and then from the University of Minnesota Medical School in 1981. He completed a three-year residency in Preventive Medicine at the University of Minnesota in 1984. As a licensed physician, John practiced complementary medicine, specializing in homeopathy and osteopathy, for over three decades. He was greatly appreciated by multitudes of patients, many traveling from a distance to receive the healing modalities he offered. He was well known for his curiosity, and for his caring and relational approach, spending time to assess the whole person, and tailoring holistic treatments to each individual.

John’s great love was his relationship with the land, from which he coaxed bounties of fruits, vegetables, nuts, flowers, mushrooms, and honey, creating beauty and nourishment with a deliberation and enthusiasm that was stunning to witness. When not tending patients, he could be found tending bees, or in the dirt with the flowers, or harvesting bushels of organic peaches, pears, apricots, nectarines, and kiwi, or baskets of shitake mushrooms from his logs. John was truly a wonder to behold in his relationship to the natural world.

Throughout his adult life, John devoted himself to civic and political activities in support of environmental protection and preventive health. He was instrumental in the development of the Alternative Medicine Program at the University of Vermont Medical School and taught students in that program.

John is survived by his beloved wife, Bonnie Morrissey of Hinesburg, Vermont, his two sons, Nick Landsman-Roos of Brooklyn, New York, and Arri Landsman-Roos, of Jacksonville, Florida, and his stepson, Travis Morrissey, of Johnson, Vermont. He was intensely proud of Nick’s accomplishments in the field of law, Arri’s work with the Jacksonville Jaguars, and Travis’ development as a plumber. He took great pleasure in playing and watching basketball with his sons, as well as sharing his interests in beekeeping and gardening.

John is survived by his brothers, Howard Roos of Saint Loius, MO, and Don Roos of Northfield, MN, and their families, including nieces Celeste and Shannon and nephews Dan and Nelson. John is survived by the mother of his children, Susan Landsman. John was pre-deceased by both parents.

A memorial service in John’s honor will be held at the Unitarian Universalist Church in Burlington, VT at 2:00 PM on Saturday, January 17. In lieu of flowers, please consider a donation to the VNA Vermont Respite House, 99 Allen Brook Lane, Williston, Vermont, 05495, in John’s name.