John Hammond Talks About His Half Century Singing the Blues 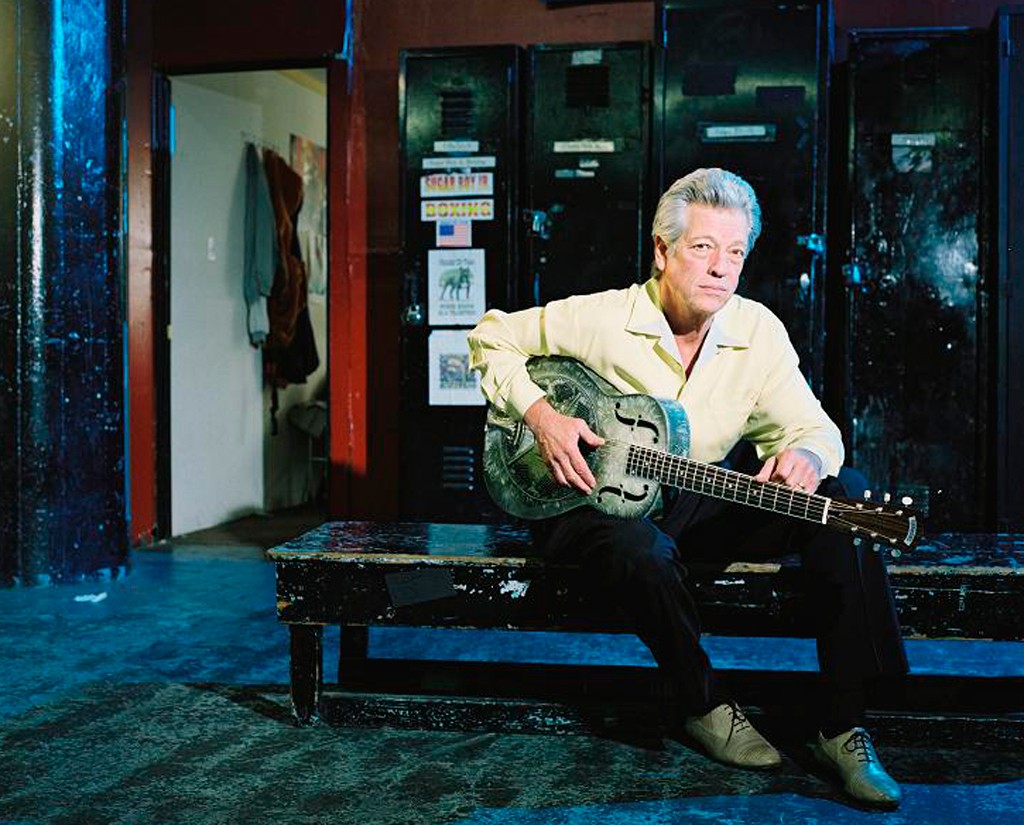 John Hammond was born into the music business. His father, for whom he is named, was a legendary record producer who boosted the careers of talents as diverse as Bob Dylan, Benny Goodman and Arthur Russell. He is also generally credited with reviving the music of all-important 1930s Delta bluesman Robert Johnson.

Hammond has been steeped in the blues for more than half a century, releasing his first album in 1963 and, since then, touring constantly and releasing albums at the rate of one about every 18 months. His thunderous guitar playing and deep, resonant voice have made him the modern standard-bearer of "gutbucket" blues.

Hammond's new album, Timeless, is his 35th, and he'll be playing songs from it, as well as from his extensive back catalog, when he performs at Spruce Peak Performing Arts Center in Stowe on Saturday, September 20. Hammond spoke with Seven Days by phone from his home in Jersey City, N.J., about his life in the blues.

SEVEN DAYS: This album is your 35th, and it marks something like 50 years as a recording artist. Have you been reflecting on those numbers?

JOHN HAMMOND: Every now and then, it does dawn on me how long I've been doing this, and it's kind of amazing. The first album I made was in 1962, but wasn't released until the next year. So that's, like, 51 years!

SD: Timeless seems to me an apt title. I saw you play in 1996 in Minneapolis, and was just listening to your 1965 album So Many Roads. A strong consistency runs through your work. I don't mean to suggest you haven't progressed, but you obviously have found the blues to be timeless.

JH: [The blues] is relevant because it's timeless. It has to do with basic truths and the basic realities of life that everybody deals with, no matter what generation you're from.

I've progressed in my own way. I'm still playing material that I love and I've added my own nuances to it over the years ... I've hopefully gotten better playing the guitar; maybe I'm singing better than I used to, I don't know. I put everything into it.

SD: At that 1996 show, Spider John Koerner opened up for you. Are you still in touch with him, or any of the other figures from the early 1960s folk and blues scene?

JH: He played his ass off [at that show]. I see him on occasion. He came to a show to say hi about five years ago. He's a character — a humble guy and a fantastic player. I've known him since 1961. I used to go hear Koerner, Ray & Glover when they were hanging out in New York. We became really good friends. It was [them] who introduced me to Bob Dylan, and I became really good friends with Bob back in those early days. I was so sad when Dave Ray passed. He was one of the great guys. So many are gone. It's a gulper sometimes to think back on all the guys who've come and gone. Michael Bloomfield was one of my good friends, and also a real influence. He hipped me to so much music — the whole Chicago scene. He was just a really giving guy.

I had so many influences in my early days. I got to be on shows with all of the great, rediscovered blues artists from the '30s and '40s. I've toured with Howlin' Wolf and Muddy [Waters] and Willie Dixon. I could just go on and on. I've absorbed myself in the whole genre.

SD: Early in your career, you were dogged by criticisms that it was "racially inauthentic" for a white man to play the blues, but you seem to have put those to rest by your commitment to your chosen genre. Do you think attitudes toward race and the blues have changed?

JH: Yes, I do. In the 1960s, this was still a racially segregated country. There were attitudes that were so ingrained and deep-seated that it took a whole lot of work to bash them down. To me, it was the music. It didn't have anything to do with race. It had to do with the music itself, and those who could play it and pull it off. Going back to the 1920s and '30s, there were always white blues players. It wasn't like a new phenomenon or anything. It's just that the music counts more than anything, and that's the way I've always looked at it.

I took a lot of heat in the beginning, a lot of stereotype stuff that really pissed me off. But what can you do? There were barriers ... that I helped break down, I think. You just go out there and play it. If you're accepted, that's all that counts. I let it roll off my back. This is what I wanted to do with my life. I wasn't just dabbling.

SD: What are you listening to these days?

JH: Everywhere I go, somebody hands me a record or a CD. "Check me out!" Every now and then, I will, and I'll hear somebody that just knocks me out. This guy Gary Clark Jr. sounds great. Lightnin' Malcolm is mind-boggling. G Love — I was on a show with him the other night. He's a really talented guy. And he can play the blues, he really can.

SD: You're all across the U.S. and Canada well into next year on the Blues Hall of Fame tour, on which you're co-headlining with Charlie Musselwhite and James Cotton.

JH: [My former agency] developed the idea, [the new one revived it,] presented it to promoters and arts centers, and it just caught on. We have yet to play a gig together, but I've known Charlie for 53 years. I've played with him, recorded with him, hung out with him. He's amazing. James Cotton I don't know all that well, but I've been on gigs with him over the years. He's 79. I think Charlie's 71, I'll be 72. Holy cow — a bunch of old guys! But everybody's rockin'.