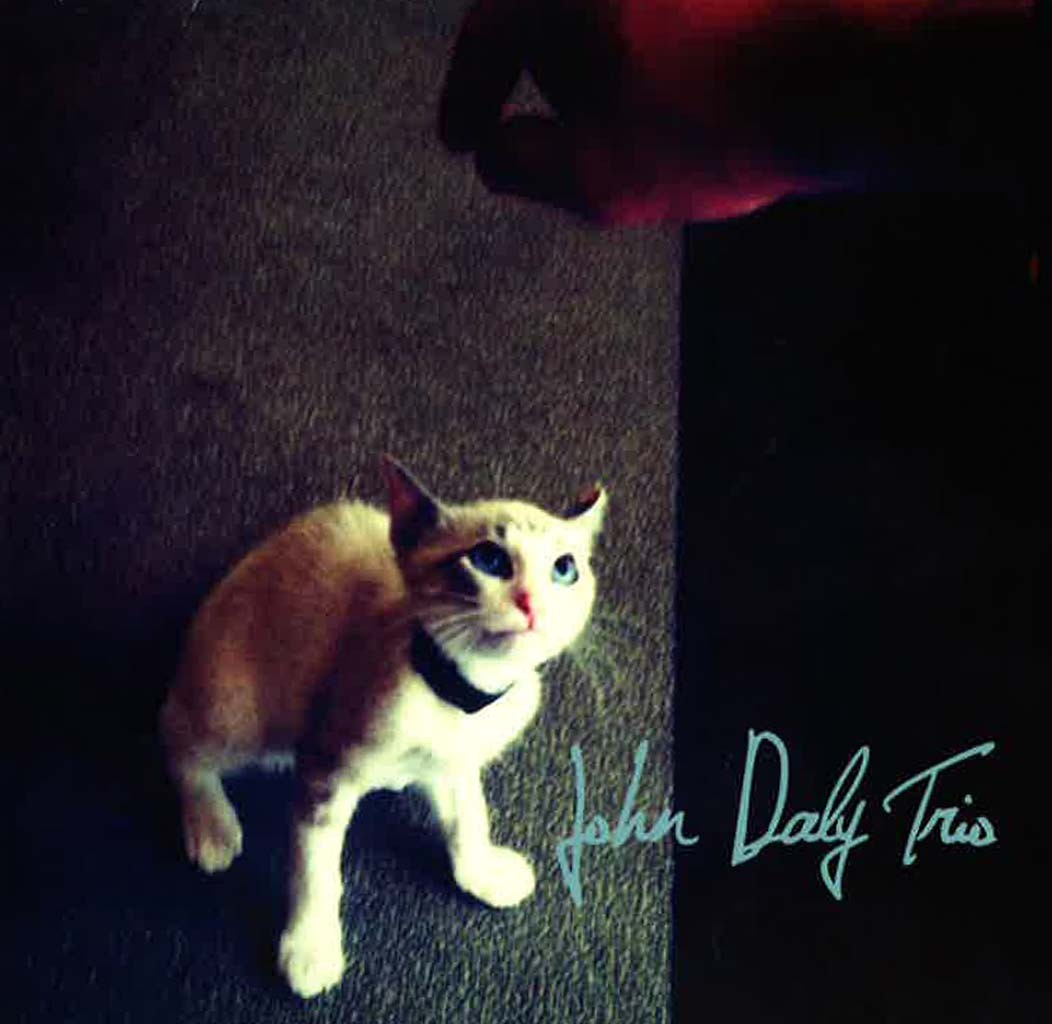 John Daly would seem to be a quiet fellow, the kind of musician who prefers to let his music speak for itself. For example, his eponymous trio's debut EP arrived at the Seven Days offices recently in a plain package containing none of the promotional fanfare typical of new releases — self-aggrandizing band bios, hyperbolic press clippings, etc. Hell, there wasn't even a quick note introducing either himself or the record. There was only the album, itself presented as simply as possible: six songs, self-titled, with a picture of a kitten on the cover.

Daly's music is likewise straightforward. Generally, he favors a succinct compositional strategy, rarely straying outside the time-honored boundaries of folk, pop and rock architecture — verse, chorus, verse, maybe a bridge here and there. His arrangements are modest, typically consisting of nothing more than bass, acoustic guitars and occasional duet vocal harmonies. Even his song titles are as direct as can be. Five of the six consist of a single word. The wordy oddball? "Plain Sight."

For Daly, simplicity is not a limitation but a virtue. His spare approach provides ample room for his primary strength, his songwriting, to bloom. Daly has a natural gift for crafting hooks. And on his debut outing he sneakily layers sticky melodies on top of one another. Album opener "Yes" centers on an undulating acoustic progression. But his chorus, "I couldn't give it away," pries the listener from a hypnotic groove. "Lost" employs a similar tack, with Daly's dusky rasp increasing in intensity at each chorus. The following cut, "Father" is an honest admission of uncertainty and fear in the face of impending fatherhood. "I don't know how to father, don't know how to father you," sings Daly at the gently swirling hook. As with most of his best moments — the moody "Angel," for one — the blunt simplicity of his words and melody make his musings compelling.

When Daly's bandmates, guitarist Dennis Derryberry and bassist Adam Tarmy, follow his lead and play with restraint, the results can be powerful. However, there are times when excessive guitar noodling sours the mood and busy lines clutter otherwise serene scenes. Fortunately, such instances are the exception, making the John Daly Trio's self-titled debut a quiet charmer.