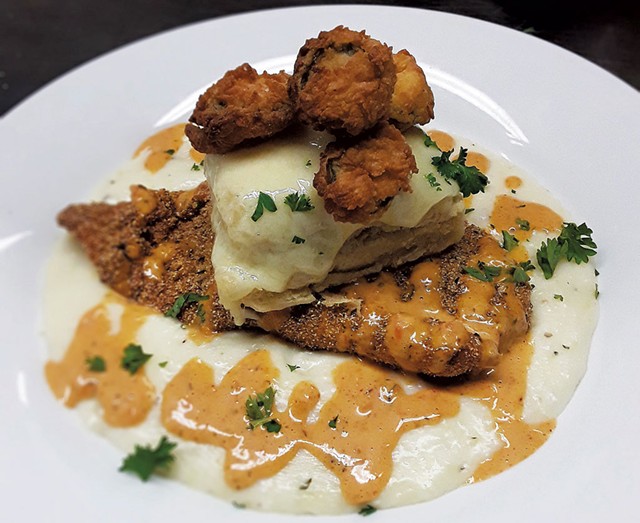 A restaurant that was established a generation ago in St. Albans will launch a second location this month in Stowe when Jeff's at Stowe opens in the Grey Fox Inn at 990 Mountain Road, general manager Anna Walsh said.

The seafood restaurant will share ownership and much of its menu with Jeff's Maine Seafood, which was founded 30 years ago on North Main Street in St. Albans. Owner Katie Walsh, who is Anna's aunt, was a longtime server and bartender at Jeff's before she bought the business four years ago.

"We're hoping to open as soon as possible," Anna Walsh told Seven Days on Monday. "There's an appetite for seafood in Stowe."

Jeff's at Stowe will serve dinner Thursday through Monday. On weekends, it will serve breakfast and follow its predecessor in the location, the Dutch Pancake Café, in offering sweet and savory Dutch pancakes, Walsh said.

The chef, James Lewis, has worked at seasonal resorts and other dining establishments in the Adirondacks, most recently at Winton's 1898 Tavern at Westport Golf in Westport, N.Y. "I'm finding that Vermont has more of a foundation for food that's farm-to-table," Lewis said.

The dinner menu will highlight seafood and steaks, but Jeff's will also offer several pasta dishes. Starters will include Prince Edward Island mussels and shrimp cocktail; main dishes will range from pecan-crusted salmon to fried scallops to filet mignon to lobster mac and cheese.

The restaurant has a full bar and seating in both the dining room and a lounge area. Walsh, formerly the general manager of the Skinny Pancake's Burlington International Airport location, said Jeff's could open as soon as the second week of December.