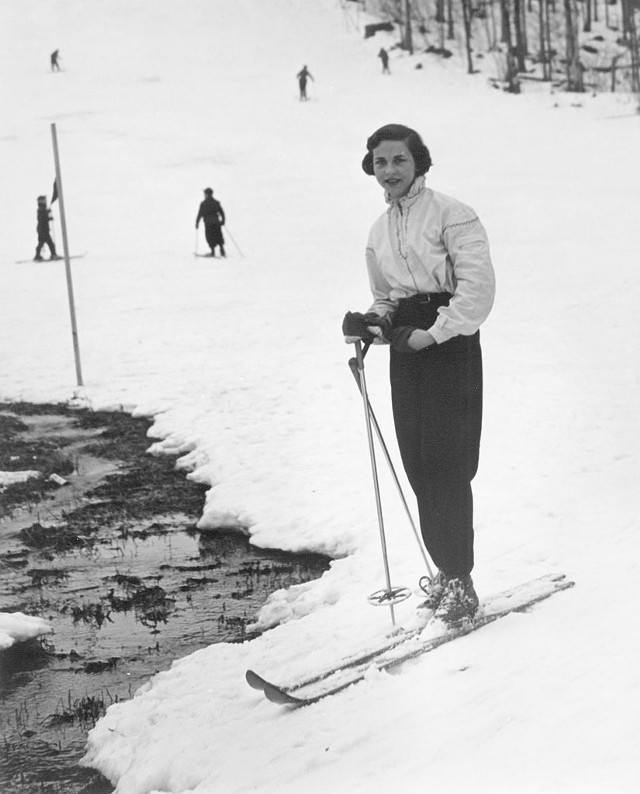 Fifty years ago, when the three Koch siblings were kids, they piled into a big American station wagon on Friday afternoons. With their parents up front, they rode 270 miles from Franklin Lakes, N.J., to Fayston. The five-hour road trip to ski at Mad River Glen and spend a couple of days in the house they shared with family friends was a weekly event during childhood winters.

"I never knew any better," said Steve Koch, 60, of Brandon. "I thought everybody got in the car on Friday afternoon and went to Vermont."

His parents, Jean (May 9, 1937-January 14, 2021) and Joseph Koch, were avid skiers. Jean, who had been a ballet dancer in her youth, possessed a particular grace on the slopes. She skied with speed and skill, tearing past gates on the slalom course. On the bunny slope, she cradled her kids between her legs as she taught them to snowplow.

"My mom was one of the most beautiful skiers on the mountain," Steve said. "Even in her seventies, she was an amazing skier."

Skiing in the Mad River Valley was a central feature of Koch family life. When Jean and Joseph retired in the late 1980s, they moved to Fayston, into a house they had built that offered views of Mad River Glen and Sugarbush Resort. Jean tended a large and lush perennial flower garden. In a basement room with walls that opened to the outdoors, Joseph worked on the Piper Cub airplane he restored and flew.

Jean, who outlived her husband by almost a decade, died at their home on January 14, 2021, from complications of Alzheimer's disease. She was 83. 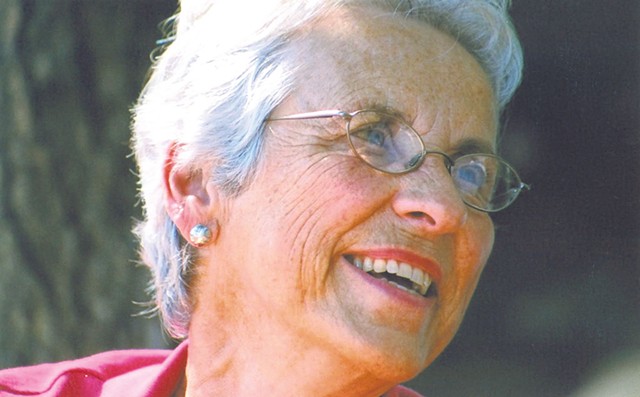 She skied until she was 80, said her daughter, Jennifer Koch, a Burlington artist. Jean also sang alto with the Valley Singers, volunteered with local groups, and worshipped at Our Lady of the Snows — the Catholic church where she, Joseph and the kids attended Saturday Mass, typically after a day of skiing and before a big dinner with family and friends.

The Koches shared the ski house on Schuss Pass, which they named Aspen East, with another family of five, the Lloyds. But the house slept 18, so they rented extra bunks for $14 a night and provided dinner for a few dollars more.

Jean and Helga Lloyd prepared spaghetti with garlic bread and salad, or canned ham with mashed potatoes, Jennifer recalled. Everyone pitched in to wash the dishes. Guests were often repeat customers, making for an active, festive household.

"My dad was Mr. Fun Loving and Mr. Armchair Philosopher, at the same time," said Nema Nyar, 59, the middle Koch sibling and a massage therapist in Honesdale, Pa. "He got my mom out of her shy bubble, and she became much more social," she continued. "They had a great time together. They loved parties. I remember falling asleep to the hubbub of a party."

"My parents were devastatingly handsome and beautiful," Steve added. "They were a very adorable couple."

Steve was born with a physical disability and was unable to use standard skis. But that didn't keep him from enjoying alpine activities with his family.

He remembers watching the Beatles movie Help! when he was 7 or 8. In one scene, each of the Beatles rides down a snowy mountain on an apparatus called a skibob — picture a bicycle with skis attached. Steve told his parents about it; that Christmas, there was a skibob under the tree.

"My parents were both avid supporters for me to do my own thing," Steve said. "I adored my mom for allowing me to be my own person and not protect me from myself."

Jean Oliver was born in Teaneck, N.J., on May 9, 1937 — Mother's Day. Being a mother herself would become a primary role in her life. She married Joseph, a mechanical engineer 10 years her senior, after graduating from college. He was a friend of her older brothers.

Like Jean, who grew up hiking with her parents, Joseph loved the outdoors. They raised their kids with camping and sailing in the summer and skiing in the winter.

To ensure that the ski weekends would continue during the oil shortage of the early 1970s, Joseph rigged up a gas tank on the top of the family's station wagon. He'd siphon gas from it into the car's tank for the long drive home. According to his children, it wasn't a method he employed often.

"Even my dad, who was a wild-ass person, decided it was too dangerous," Steve recalled.

The Koches sold their half of Aspen East to the Lloyd family in 1988 and moved to their permanent Fayston home the next year.

As Jean's Alzheimer's progressed in the last year of her life, Nema moved in with her mother. A singer as well as a massage therapist, Nema communicated with Jean by singing and offering healing touch.

She sang "Getting to Know You," "Amazing Grace" and "Edelweiss" as winter came to the Mad River Valley.