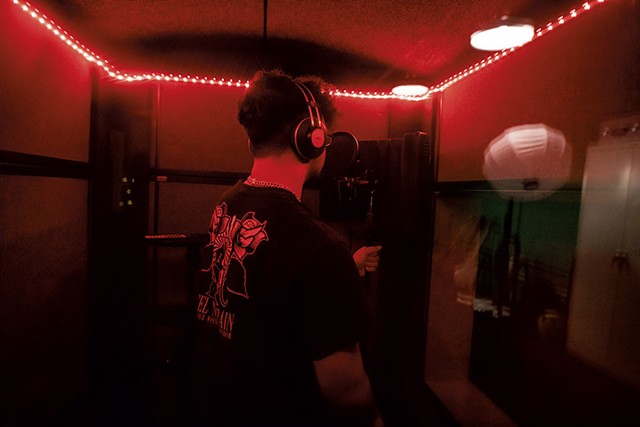 The classroom doors opened, unleashing the sounds of a propulsive, booming beat as Jason Raymond walked out to meet a reporter. He's the Digital Media Lab instructor at the Burlington Technical Center and the founder of the Make Music Club, an after-school program for aspiring student music producers. His attempted greeting was lost in a swell of synthesizer samples.

"We're in the thick of it right now," Raymond said as he reentered the lab.

Inside, groups of student producers, their faces illuminated by the glow of computer screens, were scattered about the room working on their projects. In a recording booth, one student rapped over a freshly made beat while several others wearing headphones listened outside the booth by a computer. Sparsely lit, the Digital Media Lab has the feel of a recording studio but also a clubhouse — which is exactly what it is.

"It's so cool to watch the process happening," Raymond said.

Raymond's students come from high schools around Chittenden County. They're here to learn the ins and outs of digital music production and, in some cases, to create backing tracks that will be used by actual rappers. Local MCs who have dropped in to rap in the Make Music Club booth include North Ave Jax, Kami OK! and HakimXOXO. The program has attracted some national collaborators, as well.

"I've met so many other people here who make music that inspires me." Isaac Dodge tweet this

Like most tech-center programs — including Digital Media Lab programs in filmmaking, photography and other mediums — the club aims to give students the basic tools to pursue professional careers. Just as importantly, the Make Music Club offers students a safe space in which to be creative, be themselves and connect with other like-minded kids.

"You can see the agency this gives them, the purpose and focus," Raymond said. "Especially after being shut down during COVID, these opportunities for students are just so important."

However, Raymond didn't start the Make Music Club with any of those lofty goals in mind. It began in 2018 as a sort of compromise between him and then Burlington High School principal Noel Green.

"We realized that a lot of kids were skipping class to attend the Digital Media Lab," Raymond recalled with a sardonic grin. "And some of the students were really just there to hang out while their friends recorded beats or shot music videos."

Raymond created the Make Music Club so that those kids, as well as other area students, could attend after school rather than skip classes. The program was an immediate success, and in 2019 Raymond won a Voya Unsung Hero Award — a national program for K-12 educators — for outstanding teaching. 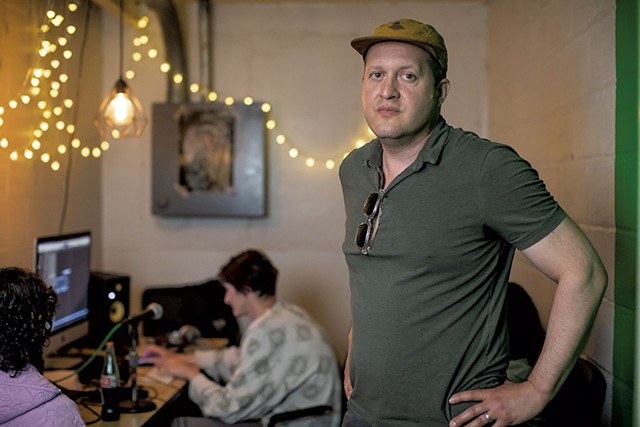 Raymond grew up in Buffalo, N.Y., where he was immersed in hardcore music. After graduating from Bennington College, he moved to Portland, Ore., in 1997 and witnessed the rise of the riot grrrl scene. His roommates played in bands that shared the stage with the likes of Sleater-Kinney and Miranda July.

"I saw this thing created," Raymond recalled, "this scene built with a DIY sensibility, that knew the importance of building an inclusive community, and it really resonated with me. I wanted to create something like that for my students."

He moved back to Vermont in 2016 — fittingly, the year that Burlington's Memorial Auditorium and its all-ages music venue, 242 Main, closed its doors. Raymond immediately recognized the need for something to fill the vacuum and give aspiring young musicians real opportunities to connect. But where 242 Main fostered generations of punk and hardcore kids, Raymond was working with students who were more into hip-hop and electronic music, as well as kids from refugee populations with a whole different set of influences.

"I knew a lot of the students were into hip-hop, particularly Chicago drill and trap, but then you have kids who spent a lot of time in Tanzania coming in, rapping in French," Raymond said. "There's kids rapping in Bhutanese, but also being influenced by music from Thailand." When kids with such far-ranging influences collaborate, Raymond continued, "you can see the gears turning in their heads as they expose each other to new sounds."

"This place changed my life," Essex High School senior Isaac Dodge said, praising Raymond and the quality of the gear at the lab, much of which was donated by local recording engineer Justin Gonyea. "I've met so many other people here who make music that inspires me. Everyone just builds off one another."

Dodge, who records under the moniker Isaac and the Brain, is moving to Chicago next year after graduation to study audio acoustics. While the thought of leaving the lab and the Make Music Club saddens him, he knows what the program made possible for him.

"Just about everything in my portfolio that I showed the school came from the lab," Dodge said. 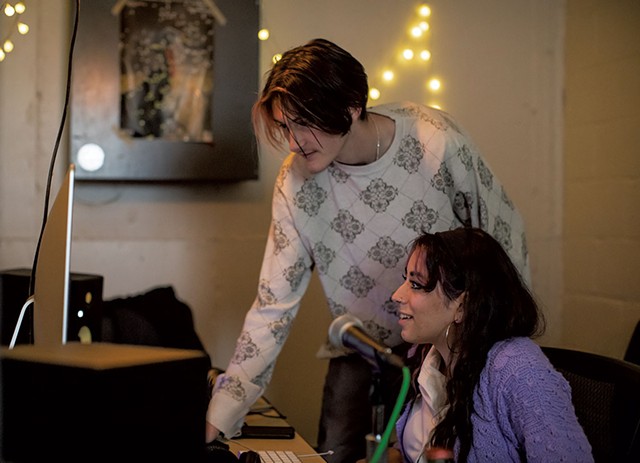 Helping aspiring artists take that next step is one of Raymond's primary goals. He established the lab as an affiliate program of Full Sail University and has seen his students matriculate to places such as Berklee College of Music and Drexel University Music Industry Program, as well as regional schools including Champlain College and the University of Vermont.

As he gave a reporter a tour of the lab, Raymond gestured to another room, where a group of students gathered around a television, watching a soccer match and snacking.

"They're here, they're creating and socializing with other kids," Raymond explained. "But at some point, they need to learn how to turn this stuff into a business venture, if that's the road they want to take."

To that end, he's working with other local nonprofit organizations such as the Vermont Small Business Development Center to help teach his students how to work for themselves. And local musicians, including DJ and rapper Fattie B, DJ Craig Mitchell, and rapper Konflik, have paid visits to the program, giving students insights into the challenges that making music professionally can present.

"They need to understand what they're getting into and how to market themselves and their music," Raymond explained.

He already sees some of his tutelage paying off. A host of students that came through the lab and the Make Music Club have begun to release music and play at local clubs. Program alums Bilé, HakimXOXO and Deluxe recently opened for Chicago rapper Smokepurpp at Higher Ground in South Burlington.

Raymond wishes there were more opportunities for his kids to perform live.

"It's the one part of the process we can't offer here yet, which is a safe place for youth to perform," Raymond said. He noted that spaces like 242 Main not only give young artists the chance to get stage time but also to learn other aspects of gigging, such as creating advertising and merchandise. "Without that, we're missing a key ingredient," he continued. "We have all these producers who are collaborating, but they need a place to showcase their work."

As Raymond spoke, one of his students exited the vocal booth after laying down some tracks. A group of aspiring producers huddled around, congratulating the student on a good take and comparing production notes.

"They really support each other, man," Raymond said with pride. "It's, frankly, beautiful to see."

The Make Music Club will be stationed at the Burlington Tech Center for three more years until the new Burlington High School is scheduled to open. While Raymond hopes the new facilities will work for the club, he knows it's all about giving his students the right environment in which to be themselves.

"With this age group," he said, "if they have a focus for their creativity, the sky is the limit."