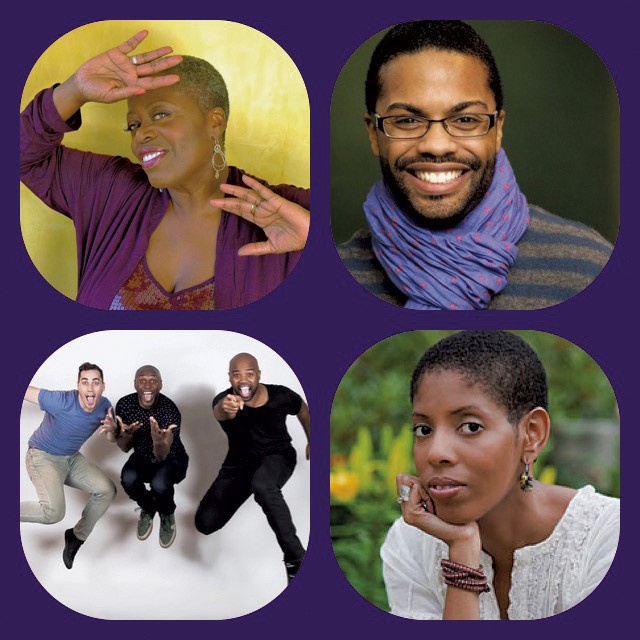 Next weekend, Woodstock-based theater company JAG Productions will premiere JAGFest, a four-day new-play festival with a focus on playwrights of color. Two staged readings, a children's musical, a one-woman show, a panel discussion with local actors, and two lectures are all free and open to the public. This is the second endeavor for the burgeoning company, which staged its debut performance (Tarell Alvin McCraney's Choir Boy) last fall and will present August Wilson's Fences at the end of April.

Why sandwich a new-play festival into the inaugural season? Founder and artistic director Jarvis Green tells Seven Days by phone from his home in White River Junction, "We don't want to keep playing the same stuff over and over." He takes that one step further: "If a theater isn't doing new works, then the theater is dead."

Green is the mastermind behind JAGFest, but producing it is a community effort. The Vermont Learning Lab and Pentangle Arts "are doing a lot of the legwork to get student audiences to the festival," he says. Sponsors ArtisTree Community Arts Center, Bookstock Literary Festival, the Jackson House Inn and the Norman Williams Public Library are donating space, resources and nods of approval to the event.

Even with that support, Green acknowledges that mounting the festival is a gamble. "Professional theater is still a new thing for a lot of community organizers," he says. "New work and staged readings — these folks have never heard of it before. I didn't necessarily draft a new idea, but it's new to our community."

The actor and administrator has put his own spin on the festival by devoting it to artists of color, drawing on his relationships in the black theater scene and inviting guest artists to Woodstock. Once JAG Productions had selected the plays, the playwrights chose their directors, who in turn cast the shows. Green serves as producer, juggling actors' schedules, coming up with contingency plans and connecting the dots among community organizations.

Although the JAGFest plays all have racial themes, Green insists, "The focus is empowering the playwright." In that spirit, he has assembled nationally acclaimed writers and actors who share his dedication to diversity in the performing arts.

The first staged reading will be of Sweet, by Harrison David Rivers, a domestic drama set in rural Kansas that focuses on the relationship between two sisters. Smart People, by Lydia Diamond, centers on four "hyper-intelligent Cambridge residents" who find themselves dancing around the touchy topic of race before Obama's 2008 election.

JAGFest makes its first foray into children's theater with Polkadots: The Cool Kids Musical. Based on the experiences of the Little Rock Nine, it tells the story of Lily Polkadot, who works to form friendships despite her distinctive "polkadot skin" and other challenges.

In addition to performance, JAGFest leverages a culture of learning in Woodstock to present two lectures. The first speaker is Andrew Shade, editor and founder of Broadway Black, an online forum dedicated to "highlighting the achievements and successes of African-American theatre artists." Green speaks highly of Shade's tenacity and adds a humble brag: "I called [him] to ask about JAGFest. I was almost speechless, because he said, 'I'm absolutely interested. And sorry I missed Choir Boy.'"

JAG Productions asks audiences to "move throughout the world with more love, greater kindness, and greater compassion for one another," according to its online mission statement. JAGFest expands on that purpose by inviting Vermonters to engage with an increasingly diverse artistic world.