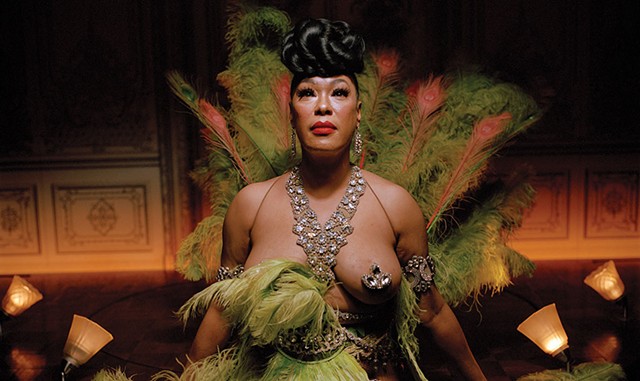 July 21 was a good day for JAG Productions, Vermont's only group known for producing exclusively Black theater and performance art. The White River Junction-based company announced on that day that it had received a $150,000 grant from Upper Valley nonprofit the Couch Family Foundation. The new round of funding arrived about 10 months after JAG was awarded $100,000 by the Bay & Paul Foundations, a New York City org committed to fostering societal change.

"I think that gift sort of put us on the map in a way that we hadn't been on the map before," JAG Productions founder and producing artistic director Jarvis Green said by phone.

Like other performing arts groups, JAG had to suspend its work in 2020 because of the pandemic. Its production of Esai's Table, which premiered in Vermont in 2019, had been bound for off-Broadway.

"It's in limbo," Green said of the show. "It's something that our board and myself are committed to bringing to New York. We just don't really know when." 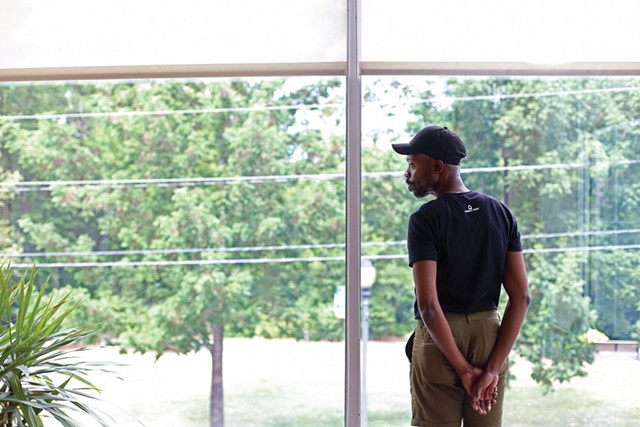 In Vermont, with pandemic restrictions now lifted, JAG Productions' work continues. The company recently announced a four-part series of outdoor performances called Theatre on the Hill, to be presented in partnership with King Arthur Baking at its Norwich facility. Green said King Arthur is one of several companies working with the theater group as ambassadors "to adopt anti-racist policies [and] uplift marginalized communities in the area."

Theatre on the Hill runs from August 13 through September 12, with four productions: the play a curious thing; or superheroes k'aint fly; a concert-style production of Broadway musical Next to Normal; Life in Sepia: Vermont's Black Burlesque Review; and a staged reading of the play For the Love of Jazz.

Read on for more info about each show. 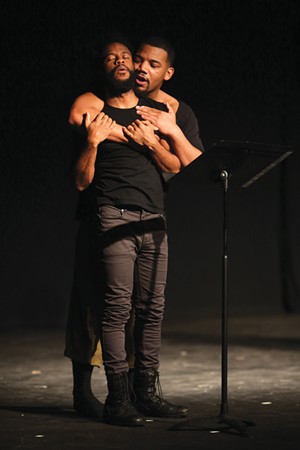 Intimacy between Black queer men is seldom seen onstage or on-screen. It's one of the primary themes of New York City playwright Jeremy O'Brian's a curious thing; or superheroes k'aint fly. While the play is the final installment of a trilogy, audiences won't be lost if they haven't seen the preceding works.

The story centers on Aries and Virgo, a couple who are struggling with the joy and pain of considering becoming parents. They're making this decision in the wake of the real-life suicide of Nigel Shelby, a Black Alabama teen who took his own life in 2019 after intense bullying.

"This play is about them dealing with the question of: Do we really want to be parents in a world where our ability to protect is limited?" O'Brian said by phone.

"Being Black and queer has never been something you can freely do without putting up a bit of a fight," director Sideeq Heard said on a recent call.

"Black queer men are hardly ever represented to be these fully realized beings." Jeremy O'Brian tweet this

The play enlightens viewers about the toll that fight takes on mental health. Heard notes that social opposition "plays a part in how you develop relationships with other men, how to be loved, what you know about love and what you don't."

"It deals with them at the human level," O'Brian said of Aries and Virgo. "We see them interacting, being intimate. Black queer men are hardly ever represented to be these fully realized beings."

Next to Normal is a 2008 Tony Award-winning musical centered on mental health issues. It tells the story of a mother with bipolar disorder, the effects on her family as they learn to live with her condition, and her "mental breakdown slash breakthrough," as Green put it.

"In my desire ... to add musicals to our programming, I was thinking, What is something that can still be sort of rooted in our mission [to] bring forth stories that allow our community to connect to the African American experience?" Green said.

He chose the musical because of the frank way it addresses how mental health issues affect all families while balancing humor with the serious topic of mental illness.

"You're seeing the dynamic of how that affects other people, and then also how some people don't understand it," Green said. "When it's in your family and you don't necessarily understand how to deal with it, you're kind of forced to learn more and ... navigate through these difficult moments."

Produced concert-style, the production will focus primarily on voice and song, with no costumes, sets or other theatrical accoutrements. The actors and their voices are the main attraction.

"It's a rock musical, and I think that having five voices sing a rock score — it will just be phenomenal," Green said.

Once viewed as an old-timey art form, burlesque has made a comeback in recent years. It's certainly big in Vermont — the annual Vermont Burlesque Festival attracts performers from all over the country. But Black burlesque performers haven't seen the same benefits from that surge in popularity.

"Different forms of racism are created in every generation," said Golden Mystique, a Vermont-based burlesque artist. She's one of the performers in Life in Sepia, an entirely Black burlesque revue. "It trickles down into the art [and] what we present as Black artists."

Golden Mystique and New York City-based dancer the Maine Attraction said social media are the primary places where Black burlesque artists can connect. But they feel that the images they post are often unduly censored for violating content standards, while similar images posted by white artists are less likely to be flagged.

"I had a picture [on social media] removed that I was just, I was covering my breasts with my hand," the Maine Attraction said.

Black burlesque artists also suffer from a lack of documentation of the performers who pioneered the art form.

"It is so hard for us as Black burlesque performers in this day and age, in this generation and even generations before, to find our people, our legends, the people that we find inspiration from," Golden Mystique said.

Besides providing a saucy spectacle, Life in Sepia aims to lay the groundwork of a legacy: to showcase Black talent as a means of inspiring others and putting down roots in popular culture.

"We're reclaiming a space that is constantly being taken from us," Golden Mystique said.

For the Love of Jazz

Playwright Raven Cassell wrote and stars in For the Love of Jazz, a "jazzical" that imagines an alternative outcome for an archetypal independent woman of a bygone era.

"I thought a lot about the women who had these ... tragic endings to their stories ... who died alone, with heartache of different sorts," Cassell said by phone, naming icons such as Billie Holiday and Nina Simone. "They'd given so much to the world. I wanted to imagine another ending for them."

The play takes place during the Harlem Renaissance and focuses on Blue, a writer at a weekly newspaper. Though successful and respected, she's told she is not able to write well about love.

"She kind of has a bunch of lovers and lives quite freely but doesn't sit still long enough to get stuck in the quicksand of love," Cassell explained.

"She has to negotiate whether or not being in that [relationship] is what she needs," Cassell said. "Blue has to decide how she's going to create happiness for herself and whether or not that includes Jazz."

Throughout the show, instrumental jazz music entwines with the story, acting as a sort of character or storytelling device.

While the play deals with sisterhood, marriage and freedom, Cassell said, "I think another big theme for me is the love of art ... and what it means to have your soul given."

Theater JAG Productions Theatre on the Hill a curious thing uperheroes k'aint fly Next to Normal Life in Sepia For the Love of Jazz King Arthur Baking Company Bakery & Café, School and Store