It's All a Blurb | Books | Seven Days | Vermont's Independent Voice

It's All a Blurb

Who praised which Vermont book to the skies? Take our quiz and find out

The book blurb is an underappreciated art form. We’re speaking not of back-cover descriptions (also, confusingly, often called blurbs) but of those gushy quotes from fellow authors, celebrities and the like that appear as extra sales bait on a book’s cover or website.

A blurb from a big name can make a best seller: If Stephen King thought this book was a page turner, won’t you? That’s why publishers (or, increasingly these days, authors themselves) send out galleys of books in hopes of netting a comment such as “I couldn’t put this down!” from someone with more clout than a mere reviewer.

How much do blurbs really say about books? Enough for you to match the glowing soundbite with the work it recommends? To test your skills and knowledge of local lit, we’ve assembled (and often excerpted) 16 blurbs appearing on books authored by Vermonters in the past several years. Your challenge: to pair each rave with its source. Some are a cinch; others will take guesswork. Find the answers at the bottom of this page.

We noticed three patterns as we read blurbs. First (and no surprise), the more famous you are, the more famous your blurber is likely to be. Second, Vermont politicians have a way with words; we didn’t have to look far to find blurbs from former governor Jim Douglas, Sen. Patrick Leahy and State Sen. Philip Baruth (himself a published novelist). Third, not only is Howard Frank Mosher one of Vermont’s most prominent writers, he’s also our unofficial blurb czar. That guy can blurb like nobody’s business — and, karma being what it is, his most recent book scored its own heavyweight blurb, from fellow Vermonter John Irving. Can you spot it?

1. “If you have a special mountain in your life, you’ll read it with understanding; if not, it will make you want to get one!”

2. “[Author] brilliantly draws us into a terrifying but ultimately affirmative novel in which, once again, love, friendship, and the shining truth about who we really are redeem an otherwise hopeless universe.”

4. “[Author] takes the Novel of Ideas in his two hands and then, in masterly fashion, proceeds to rip its guts out...”

5. “[Author] has emerged as a new voice in Vermont’s impressive pantheon of creative writers, and a powerful one.”

7. “[Author] has always been a gifted storyteller; this time, there is an added euphoria in his storytelling — borne by the hope he and I share: for now, we have dodged a bullet that thirty thousand American men don’t dodge every year.”

8. “Written with great humor, wisdom, common sense and compassion, [book title] is a uniquely American memoir by a very insightful American individualist. I loved it.”

9. “[Book title] is an absolutely phenomenal read — The Andromeda Strain for the 21st century. Ladies and gentlemen, meet [author] — the new Michael Crichton.”

10. “In this breakout novel, the personal and the political are mirrored metaphors for one another. With poetic, incisive and sometimes incandescent prose, [author] explores the tensions, fears and hopes of our world.”

11. “[In book title,] [author] artfully blends the wry with the witty, the sublime with the subliminal, and the endearing with the enduring.”

12. “[Book title] is a beautifully written work of fiction, combining the unspeakable terror of a father’s worst nightmare with a memorable evocation of what must be one of the ‘last best places’ in these United States.”

13. “Dear reader, you will never again pass an exit ramp in Vermont or elsewhere as once you did.”

14. “What I have to say about this book is very simple: Read it, please. Straight through to the end. Whatever else you were planning to do next, nothing could be more important.”

15. “Once you’ve read the final chapter, you’ll want to take a drive up to [author’s] Farm and experience the delight of meeting him in person.”

16. “Haunting and harrowing, [book title] offers enthralling suspense but also so much more: a richly poignant tale of the families we’re born into and the ones we build ourselves.”

A. Ruth Reichl on Barry Estabrook’s Tomatoland: How Modern Industrial Agriculture Destroyed Our Most Alluring Fruit (2012)

B. Gloria Steinem on Alison Bechdel’s Are You My Mother? A Comic Drama (2012)

I. Megan Abbott on Jennifer McMahon’s The One I Left Behind (coming January 2013)

Scroll down to find out the answers

...Just making sure you don't spoil yourself by accident... 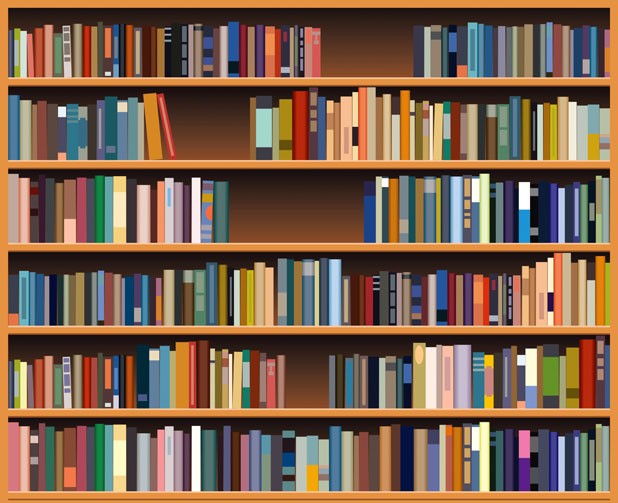