Israeli and Palestinian Youths Offer Hope for Peace Through Music 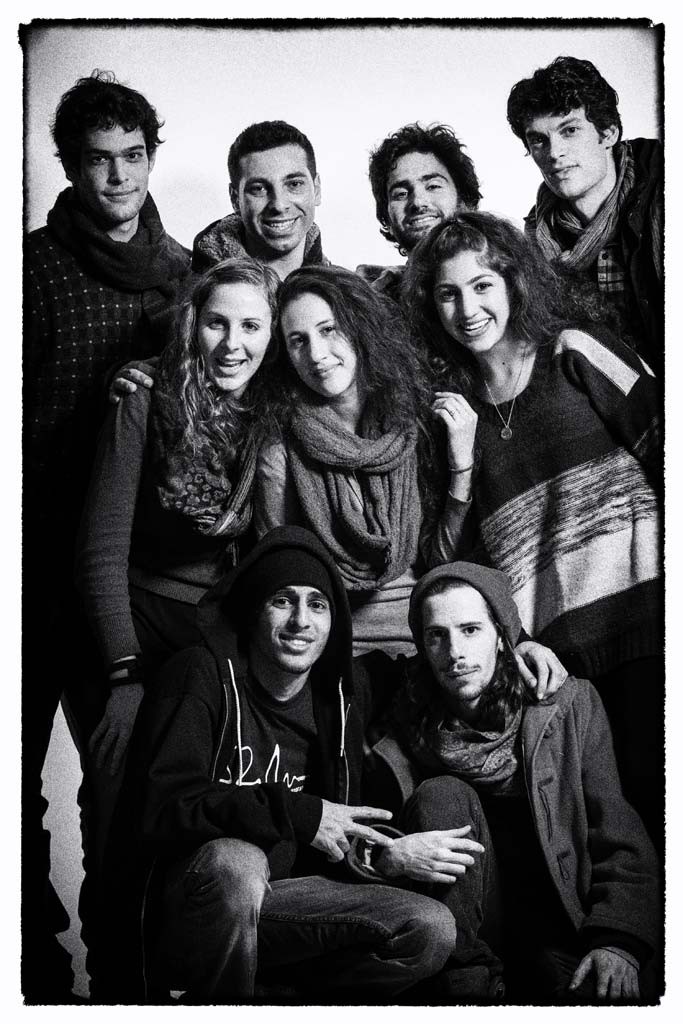 According to Neil Young, "Just playing a song won't change the world." With all apologies to the godfather of grunge, the kids from Heartbeat respectfully disagree.

Heartbeat is an organization based in Israel that formed in 2007 to connect Israeli and Palestinian youths through music. For these kids, "just" playing songs has become a genuinely transformative experience. "Just" playing songs means setting aside centuries-old grudges and a shared history fraught with hate, violence and tragedy on both sides. "Just" playing songs means that, one note at a time, they are helping to change a part of the world where such concepts as hope, peace and unity are often in short supply.

This week, an ensemble of Heartbeat musicians, ages 18 to 22, will spread its message to Vermont when it plays a run of three local shows as part of an East Coast United States tour. It will culminate in a March performance in front of the United States Congress. Y'know, "just" to play some songs.

When Heartbeat land in the Green Mountains, they'll have a tour guide who should be familiar to local audiences, Avi Salloway. He was one half of the Burlington-based roots duo Avi & Celia, and later the Boston-based band Hey Mama — both with Celia Woodsmith, now of Grammy-nominated bluegrass band Della Mae. Salloway is now a member of Boston's Billy Wylder, a group noted for its fusion of Western and Middle Eastern sounds. He's been working with Heartbeat in a variety of capacities since 2011 and recently completed his third trip to the region.

"I had an amazing, personal, transformative experience, being exposed to the different layers of the realities of life there," Salloway says of his first experience with the organization, speaking by phone from Cambridge, Mass. "I was really moved."

On his first trip, he stayed in the green-line area of Israel, the demarcation zone that separates Israelis and Palestinians. But in subsequent voyages Salloway has been traveling in the West Bank, meeting with Palestinian kids and working on, as he puts it, "guerrilla recruiting," or person-to-person diplomacy, for Heartbeat.

"My M.O. was to travel with my guitar and meet people on the ground," he says. "Music was my introduction to making friends, whether it was an underground hip-hop party or a rock concert in Ramallah. Hopefully, I would meet musicians who trusted me enough to listen to what I had to say and join."

Salloway says he was able to recruit several Palestinian artists that way, many of whom are still with Heartbeat.

He suggests that only about 1 percent of the population in the region, either Israeli or Palestinian, has the opportunity for intermingling with the other side. That separation and segregation, Salloway says, is a major roadblock to social and political harmony.

"That's the number-one obstacle to creating lasting peace," he says. When these young Israeli and Palestinian musicians come together, Salloway adds, incredible things can happen.

"To see their own personal transformation, opening their ears and hearts, to work with people from the other side ... it opens your mind to the possibilities of transforming the region," says Salloway.

In addition to smaller, more informal workshops and retreats, the central Heartbeat programs run for one year. Interested players are auditioned and typically come in having some level of musical proficiency. Mentors at Heartbeat, including Salloway, help those players explore their musical abilities through jam sessions, musical communication exercises and songwriting workshops. In doing so, they begin to break down barriers between people who are not supposed to like one another.

"Inherently, there is tension at first, which is normal," says Salloway. "Everyone is formed by their own experiences, which, especially there, can be dramatically different. So some come more excited and curious, others are more cautious."

But the idea of Heartbeat is to create a safe place in which to address those mixed feelings. Salloway says that process begins and ends with music.

"Music is most often the release and the gateway for getting into deeper issues together," he says.

Over a year, Salloway says that not only do tensions between the young musicians evaporate, those players often form lasting bonds. Many Heartbeat alums continue playing together after their programs end, sometimes starting other groups.

"Our greatest success is to see other bands form from the Heartbeat experience," says Salloway. "That's where you can really start to see the impact of the program."

Moody Kablawi is a member of one such band. Kablawi, 18, is Palestinian and formed a hip-hop group, the Kablawis, with his Israeli friends from Heartbeat. The band has recently played festivals and clubs on both sides of the green line.

"It's a special experience," says Kablawi of the Heartbeat program. He joined Heartbeat in 2011 and is part of the ensemble touring in the United States.

Speaking by phone from his home in Haifa, Israel, Kablawi says that prior to joining Heartbeat he'd had "very few" interactions with Israelis. He says being introduced to Israeli musicians through the group was life changing.

"Being a musician is all about being open-minded," Kablawi says. "Playing in Heartbeat helped to show me what was possible if you approach even the most serious problems with an open mind."

He adds that music helped him and his Heartbeat bandmates find common ground.

"We use one language, which is music," he says.

Kablawi hopes the upcoming U.S. tour will not only enlighten American audiences but help spread the message of Heartbeat back home, as well.

"My hope is that people will see Arab Palestinians and Jewish Israelis playing together and realize that we can work together towards peace," he says. "It's important to show people that this can really be done."

"This project is about giving a voice to the silent majority who really want long-lasting peace, but are shunned by a small minority who control the narrative through violence and political power," says Salloway. "We're returning the voice to the people, which is what Heartbeat is all about: creating some bad-ass music and bringing people together."

The original print version of this article was headlined "Sound Future"