Is Armando Vilaseca the Man to Reform Public Education in Vermont? 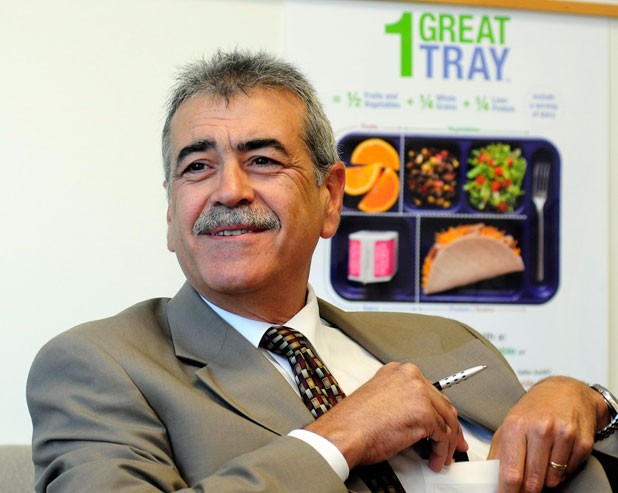 Education Commissioner Armando Vilaseca held court in his Montpelier office last week in what could be his last press conference as the state’s top educator. Flanked by his two deputies, Vilaseca fielded questions from reporters for more than 90 minutes:

Extending the school day and academic year? He supports both.

School choice? Vilaseca would like to make it available to all Vermont students, especially at the high-school level.

This media-administered oral exam, officially billed as a back-to-school “meet and greet,” gave Vilaseca the opportunity to expound on his education philosophy while also subtly touting his record as commissioner.

It was a well-timed bit of publicity for him.

Just two days earlier, State Board of Education Chair Stephan Morse announced the start of a nationwide search for Vermont’s first secretary of education. Vilaseca has already thrown his hat in the ring for the cabinet-level post, which will answer directly to the governor — rather than to the appointed state board of ed — and change who sets education policy in Vermont. After years of failed attempts, Gov. Peter Shumlin and the Democrat-led legislature succeeded this year in elevating the job of education commissioner to education secretary.

Vilaseca, appointed in 2009, now finds himself in the awkward position of having to lobby for his own job. For the next few months as Vermont’s last education commissioner, he’ll likely be viewed as a lame duck.

Most education insiders say they’ll be surprised if Vilaseca — who is one of the longest-serving education commissioners in the country — doesn’t make the short list of candidates from which the governor will ultimately choose. But will he be the most qualified applicant in the running?

Vilaseca is well liked at most levels of school governance, often described as a “highly respected” and “deeply committed” educator who rose through the ranks from entry-level teacher to the state’s highest education post.

“I think Armando brings a wealth of real education practices to the job,” says Rep. Johannah Leddy Donovan (D-Burlington), who chairs the House Education Committee. “I think he understands kids and I think he always keeps Vermont students in the forefront. I really admire that about him.”

“I have found Armando to be very engaged in his position as commissioner. I think he is enthusiastic and energetic about public education,” he says. Francis adds that in a system often slow and resistant to change, Vilaseca has “done a really good job of navigating the roily waters” where local, state and federal policies intersect.

The Vermont Superintendents Association won’t formally endorse any of the finalists, but Francis points out that Vilaseca would bring a breadth of Vermont-centric experience to the job: Vilaseca taught in one of the smallest rural schools in the state (the 32-student Reading Elementary School); served as principal of the state’s largest high school (the 1600-student Essex High School); and worked as superintendent of both a single school district (Colchester) and a supervisory union encompassing several districts (Franklin West).

The state’s largest union, the 12,000-member Vermont-National Education Association, won’t have a formal role in the selection process, either, but clearly views Vilaseca as one of its own — and would be happy if the governor offered him the position.

“Commissioner Vilaseca has certainly given us a very big seat at the table,” says Vermont-NEA communications director Darren Allen. “Given the fact that he was an educator, that he understands what a teacher and support professional go through, certainly makes him more accessible to our members. He understands where they’re coming from.”

Allen also points to the close relationship between Vilaseca and Vermont-NEA president Martha Allen (no relation). While they don’t see eye to eye on every issue, Darren Allen says the two have a mutual respect for one another, meet regularly for lunch and work collaboratively on projects such as reforming how Vermont relicenses teachers.

Whomever Shumlin picks as his education secretary will face a public school system with declining enrollment and ballooning costs. Student enrollment is down 25 percent over the last 13 years while per-pupil expenditures have climbed to $15,000 per year — higher than any state except New Jersey.

Federal mandates pose another problem. This year, the Department of Education reported that for the second year running, nearly three-quarters of Vermont schools did not meet benchmarks in math, reading and science under the No Child Left Behind policy established by the George W. Bush administration. Vilaseca calls meeting those ever-rising federal standards “an unrealistic expectation,” noting that Vermont consistently ranks among the best states for education. “It’s time for NCLB to be changed to something else,” he says.

At least one legislator — Sen. Kevin Mullin (R-Rutland) — suggests such large systemic change may need to come from someone who didn’t “cut his teeth” in Vermont’s public school system. Vilaseca has spent his entire 30-year career in the Green Mountain State.

“I think he will be a very strong candidate,” says Mullin, who chairs the Senate Education Committee. “But I also think the governor is smart to throw it out there for a national search and see what comes in.”

Currently, the commissioner of education cannot dictate policy from the top down. That power still rests largely with local school boards. Changing the ed chief’s boss and job title won’t change that arrangement, but it will give the new “secretary” the benefit of the governor’s bully pulpit.

“Everything depends on leadership,” Mullin says. “If you have someone who’s working closely with the governor’s office and working with the legislature and school boards around the state, people are willing to follow you.”

Unless, of course, political winds shift. The story of Michelle Rhee — perhaps the boldest education reformer in the nation — is a cautionary tale. Rhee got her job as chancellor of public schools in Washington, D.C., from then-mayor Adrian Fenty, who promised to back any changes she made. Two hundred forty-one fired teachers later, Fenty failed to win reelection in what many considered to be a referendum on Rhee’s performance. The controversial chancellor promptly resigned.

On the subject of leadership, Mullin thinks Vilaseca “could show more.” Without attributing that deficit to the structure of his job or the nature of the man, he adds, “I think he has the ability to be a stronger leader than he’s been in the past.”

Although he doesn’t court controversy, Vilaseca doesn’t shrink from it, either. Recently, the commissioner riled up homeschoolers when he sent out a memo informing parents they must enroll their children in home study by Labor Day or run the risk of having them declared truant. Many took the memo as an effort to usurp the power of homeschooling parents to educate their own kids. Despite the criticism, Vilaseca refused to alter his position or withdraw the memo.

Of broader consequence, Vilaseca has made school consolidation a centerpiece of his tenure. While Vilaseca steers clear of saying Vermont should close schools — “Those are local decisions,” he insists — he agrees with his predecessor, Richard Cate, who argued for reducing the number of supervisory unions in order to save taxpayer money.

“The question is, do we really need 60 supervisory unions in the state to manage 82,000 students?” Vilaseca asks. “I don’t think so.”

The commissioner’s emphasis on consolidation has put him at odds with some schools boards around the state.

“Armando is all about what’s best for the kids. No question about that,” says Ken Fredette, president of the Vermont School Boards Association and a member of the Wallingford School Board. “But I don’t necessarily agree with how enthusiastic he is about the whole consolidation thing. He seems to bang that drum quite loudly. It’s an important issue, but it’s not the only issue.”

One of Vilaseca’s strongest selling points may be the fact that a growing number of Vermont students are like him — that is, nonnative English speakers who weren’t born in the United States. Vilaseca, who now lives in Westford, arrived in the United States in 1964 at age 8 with his sister and parents — part of the first wave of Cuban immigrants who fled Castro’s Communist revolution. He grew up and learned English in the urban city of West New York, N.J., one of the “Miamis of the North,” as he calls it.

Perhaps more so than most, Vilaseca understands the difficulties foreign-born students face. And he recognizes that the public schools are playing an increasing role in the lives of students, providing two and sometimes three meals a day, as well as basic medical and dental services.

“In order to close that achievement gap, we need to provide a more level playing field for those who do not have those opportunities,” Vilaseca says, suggesting that progression in school should be based not on age or days in the classroom but on level of proficiency. “I think it gives people hope to see me as a minority who also came to this country,” Vilaseca says. “It tells them that things will get better for them, too.”

What will Vilaseca do if he’s not offered the job? Although he has no desire to leave Vermont, he admits without elaboration that he’s already gotten “inquiries.”

“First and foremost, I always consider myself a teacher,” he says. “That’s my love. My love is education. And I plan to stick with it.”