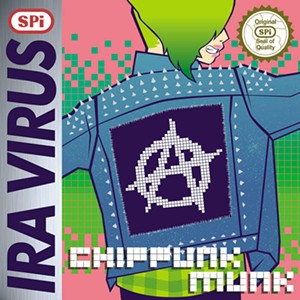 The alter ego of Brattleboro comic artist and poet Mx. Struble, Ira Virus has delivered an album I'm not sure anyone was asking for — but that everyone deserved nonetheless. Love ska and punk classics like "One Step Beyond" by Madness and the Misfits' "Die, Die My Darling"? Surely, you've wanted to hear these songs performed on a Nintendo Game Boy? No? Well, why the fuck not?

Don't sweat it, Ira Virus has you covered. The nonbinary artist has taken 18 classics of two of their favorite genres and given them the full Super Mario Bros. treatment. It's a hell of a lot of bleeps and blips, and it works on some songs better than others — "Add It Up" by Violent Femmes is a bit of a chore to get through. But, overall, the album manages to be both oddly entertaining and nostalgic for anyone who grew up smashing buttons on a Game Boy in the back of their parents' car.

Why: The Dead Kennedys' classic actually sort of slaps with the 8-bit treatment.