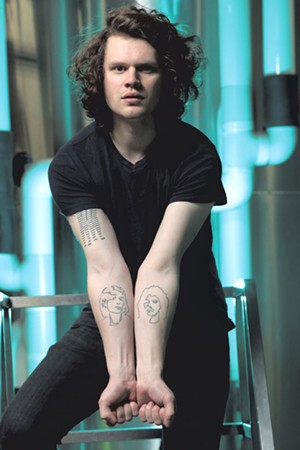 Last Saturday, March 28, pop icons Daryl Hall and John Oates played a concert at the Hermitage Club in Wilmington, Vt. But it's unlikely that many, if any, Seven Days readers attended. That's because the Hermitage Club, which occupies the former Haystack Mountain ski resort, is an exclusive, members-only playground, and the show was for, ahem, private eyes.

How exclusive, you ask? The Hermitage isn't quite "Lifestyles of the Rich and Famous," but an individual lifetime membership to the club comes with a $70,000 price tag, along with annual dues of $2,800. (For a family, those figures are $75K and $5,600, respectively.) That's not so much compared with private ski resorts out west, such as the Yellowstone Club in Montana, where membership reportedly runs upwards of $300K, with $30K annual dues. And Hermitage membership comes with a 10 percent discount on horse-drawn sleigh rides at the resort, so there's that.

The other perk Hermitage members get — y'know, aside from uncrowded ski slopes, luxury accommodations and the peace of mind that comes from not mingling with unwashed peasants at shantytown resorts like Stowe (shudder) — is access to shows such as that of Hall & Oates. The blue-eyed soul duo played the last concert in the resort's winter music series — presumably closing with "Rich Girl," followed by a celebratory money fight among attendees. The series also included such nostalgic pop acts as Kenny Loggins, Cheap Trick and America. And, yes, Seven Days is currently investigating whether the Hermitage Club was the basis for the movie Hot Tub Time Machine.

Anyway, when reporter Ethan de Seife and I learned of the show, we feverishly tried to find ways to attend. We employed means both legitimate and otherwise, ranging from pitching resort and artist management (denied) to calling in favors with famous rock-star friends (no dice) to concocting harebrained schemes (fun!).

On that last note, there was serious talk of posing as busboys to sneak into the show and then writing a screenplay for a 1980s-style screwball comedy based on our zany misadventures. The soundtrack would have heavily featured Loggins, naturally.

Alas, we were stonewalled and left out in the cold with the rest of, oh, 99 percent of Vermonters. To quote one of H&O's minor hits, "Who said the world was fair?"

Still, it's not every day that Hall and mothereffin' Oates come to the Green Mountain State. So we wanted to find at least some small way of acknowledging their visit.

(Coincidentally, the same weekend that John and Daryl were at the Hermitage, HmfO: A Hall & Oates Tribute performed at the Higher Ground Ballroom in South Burlington for 12 bucks a head. How's that for an illustration of wealth disparity in the U.S.? Let them eat cake! And, no, that's not the name of a CAKE tribute band.) 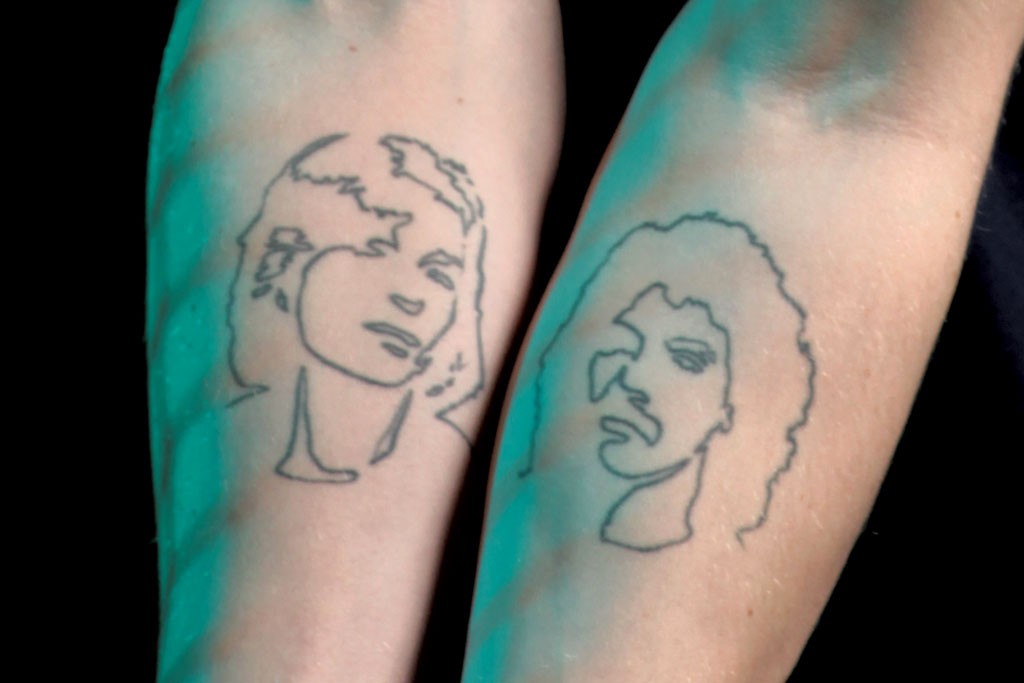 For our own H&O fix, we turned to Sean Martin, who is unquestionably the biggest Hall & Oates fan in Vermont — and maybe the world. Need proof? Check out Martin's forearms. On his right you'll find a silhouette tattoo of one Daryl Hall; on his left, Mr. John Oates.

"If I put my forearms straight down, it's like they're staring at you," says Martin recently by phone. "We're like a trio."

If you're waiting for an April Fools' Day punch line, there isn't one.

"Hall & Oates were big in that moment in my life," Martin says, explaining that he got the tattoos in 2005, when he was 19. "They were influential, music-wise. But I was listening to them nonstop, like, any time I was listening to music."

Martin, 29, is a member of the Burlington pop band Teleport, who are heavily and unabashedly influenced by Hall & Oates. Previously, he was the bassist for the acclaimed local metal band Romans — who were far less influenced by H&O.

Martin says he's gotten some curious reactions to his ink, but none better than from Hall & Oates themselves. Shortly after he got the tattoos, he attended an H&O concert in New York City with his girlfriend. Martin was dressed in a bright-yellow suit he'd purchased at Old Gold in Burlington for a prom. He was also sporting a serious 'fro.

Martin was able to work his way toward the front of the crowd. He eventually landed right by the stage, where he tried to catch his idols' attention, to no avail. Until, during the second encore, he pulled a desperation move.

He whipped out his Hall and Oates.

"I put my arms right on the stage," says Martin. He called out to Oates, "Hall and Oates tattoos!"

Oates turned and saw Martin's forearms. As they played, he mouthed, "Are those real?" Martin nodded.

"That's awesome," mouthed Oates. Then, just before the end of the band's third encore — "It was an amazing show," says Martin — Oates instructed Martin to wait for him.

Once the theater emptied, Martin and his girlfriend were brought backstage and led into the green room, where they mingled with some members of the band.

"Then John Oates came out," recalls Martin, growing audibly excited even in retelling the story 10 years later. "And we embraced."

Martin says Oates "was super- psyched" about seeing his visage inked on a stranger's skin. Hall, however...

"He was a bit more hesitant," says Martin. "I got the strong sense that he was like, This guy's crazy."

Martin says he passed on seeing the H&O tribute band at Higher Ground last weekend because it wouldn't have been adequate consolation for missing the real thing.

"It's bittersweet, because I would just want to hear Daryl Hall's voice," explains Martin. "Well, Daryl's voice and mine singing together, obviously. Because we do a lot of duets in my car."

In lieu of attending the Hermitage Club show, and because the duo's management wouldn't respond to our requests to speak with them, and because this issue of Seven Days hits the street on April Fools' Day, we did the next best thing: We conducted an imaginary interview with Martin's Hall & Oates tattoos.

SEVEN DAYS: Just how bummed out were you not to be able to go see [the real] Hall & Oates last weekend?

SMH&OT: We're just kidding, man. It's a laugh! We actually weren't as upset as you might think. Sean listens to them a lot. Like, it's-a-semi-miracle-he's-still-married a lot. So, as much as we can, we really try to keep those guys at arm's length.

SD: Uh-huh. Still, it must have been a little annoying not to even have the option of going. I mean, shouldn't Sean be able to just flash you guys at any H&O concert and waltz right in?

SMH&OT: You'd think so, right? And we probably could have, er, strong-armed our way in there.

SMH&OT: But, on the other hand, if someone showed up at your office with your face on their arm, wouldn't you be at least a little weirded out?

SD: I'd probably call security. Oddly enough, there was also a Hall & Oates tribute band in town last weekend. I suppose you guys probably weren't tempted to go, though?

SMH&OT: An H&O tribute band? No way. That's like wearing off-brand sneakers. It's like, "Hey, sick Reeborks, dude." I can't go for that. No can do.

SD: Ah! I see what you did there. Did you know that Travie McCoy, the lead singer of Gym Class Heroes, has similar H&O tattoos, but on the backs of his hands?

SMH&OT: Why wouldn't you? We're not gonna ink ourselves, guy. But hey, do what you want, be what you are.

SMH&OT: Much like this interview, some things are better left unsaid.