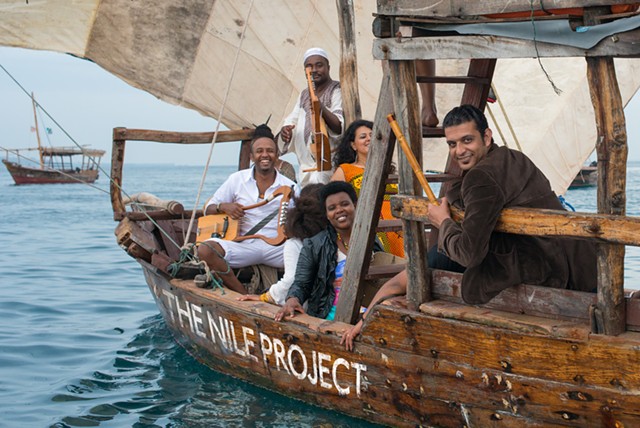 President Donald Trump's immigration executive order in January was, by most accounts, an unmitigated disaster. It prohibited entry into the U.S. of all refugees and of immigrants from seven Muslim-majority countries in the Middle East and Africa. In its aftermath, chaos reigned at American airports and border crossings, in large part because no one seemed to know exactly which agencies had authority to detain or bar travelers, or under what pretenses.

Untold numbers of travelers, including many not from the seven countries, as well as foreign-born residents with valid visas, were detained or denied entry. That is, until a federal judge froze the executive order. Still, the short-lived ban caused plenty of damage, not the least of which was heightened tension and anxiety among immigrant and refugee communities around the globe.

A revised version of that executive order was announced on Monday. It removes Iraq from the list of barred countries. Citizens of the other six, who had been barred indefinitely, now face a 90-day ban on the issuance of new visas. The order also revises rules for refugees.

Even with those changes — and despite immediate pushback — the unease surrounding immigration and international travel issues isn't likely to ebb anytime soon.

Though local arts organizations rank comparatively low on the list of those affected by a travel ban, they frequently rely on foreign artists as part of their programming, and many have become wary of Trump's restrictions. Most performing-arts groups book their seasons a year or more in advance, so the direct impact of the January order has thus far been minimal; paperwork and fees for foreign acts were filed long ago. Still, clouds of uncertainty darken the outlook on booking international artists for the future — or getting them here. But that doesn't mean arts orgs plan to stop trying.

"I refuse to be afraid of something that's not here," says Steve MacQueen, artistic director at the Flynn Center for the Performing Arts in Burlington. "My plan is to keep booking international performers like I've always done. If anything, it makes you want to try a little harder to do it."

Citing "the importance of outside perspectives," MacQueen explains that booking global performers is critical to the Flynn's role in the larger arts community. "We describe the involvement of international artists as part of our mission," he says. But MacQueen notes that booking foreign artists has long been a challenge.

"One of the misnomers is that, prior to this travel ban, it was easy to bring in international artists. It was always tough," he says, citing complicated and expensive processes for obtaining work visas. "There were always hoops to jump through, especially depending on where [performers] come from."

Those hoops might become even harder to clear under Trump; the travel restrictions have already made for some close calls.

In late April, the Hopkins Center for the Arts at Dartmouth College in Hanover, N.H., will host the Nile Project, a group composed of musicians from six countries along the Nile River in Africa. One member of the group is from Sudan, which was among the seven countries listed in the original travel ban. Fortunately, the Nile Project had started its U.S. tour before the ban went into effect.

"We dodged a bullet," says Margaret Lawrence, director of programming at the Hop. "If they hadn't entered yet, it would have been a problem."

Like MacQueen at the Flynn, Lawrence views presenting international dance, theater and music as fundamental to the mission of the Hopkins Center. Asked to estimate the number of global performers the venue presents each year, she chuckles and responds, "a lot."

Among these is a joint production next year with the University of Vermont's Lane Series and the Spruce Peak Performing Arts Center in Stowe called Qyrq Qyz. The performance features an ensemble of 40 young Muslim women musicians and storytellers from central Asia. It's part of a 2018 season that Lane director Natalie Neuert booked specifically with a global focus in mind.

"I wanted to show the breadth of international performing arts and support global music," she says.

Neuert estimates that at least one-third of the Lane Series is composed of international artists each year. While she expects that to continue, she concedes that the travel restrictions have forced her organization to consider some operational changes.

"We're thinking about things now that we didn't think about before," she says. 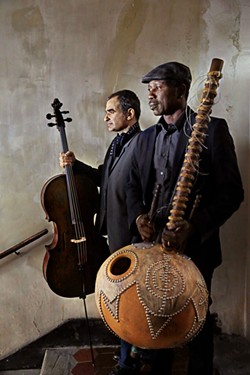 Neuert points to a February performance by French cellist Vincent Segal and Malian kora player Ballaké Sissoko. The duo's flight from Kentucky was canceled the morning of the sold-out Burlington show. Lane organizers looked at every routing option to get them here on time. Except for one: Canada.

"We felt it wasn't an option, because coming through that border would have been impossible for them," says Neuert of flying the duo into Montréal, which under other circumstances might have been the most efficient solution. "They would have been [at the border] for hours."

Segal and Sissoko made it on time. Still, Neuert says she is trying to build an extra travel day for international artists performing at the Lane.

"There might be a trickle-down effect with cost for promoters," she says. But the cost of not adapting would be greater.

"Part of what makes the arts special is its global cultural nature and the chance to share in arts traditions that aren't just domestic," Neuert says.

While local arts organizations seem emboldened by the challenges, it's fair to wonder just how eager foreign artists themselves will be to come here during the Trump administration.

He's the founder of Cumbancha, a cutting-edge world-music label based in Charlotte that represents musicians from all over the globe. Edgar says the decision to focus on touring his artists overseas, rather than stateside, is not solely related to Trump's travel ban, but it certainly doesn't help matters.

"The problem really is the expense," notes Edgar.

He explains that, since 9/11, the cost of securing visas for foreign musicians has risen exponentially, to anywhere from $4,000 to $8,000 per performer. That includes an expediting fee that Edgar says has essentially become a standard processing fee. And then there is the 30 percent federal withholding tax taken, by law, from performance fees for each show. Add the threat of problems at the border, and touring in the U.S. begins to look like a losing proposition.

"I can't tell you how many times over the years we've had issues with visas," says Edgar. "It's a never-ending nightmare."

He sees that situation only worsening now.

"No one wants to go where they're not welcome," laments Edgar. "I know many artists who have given up on touring in the U.S. It's not worth the hassle to them."

And that, he says, is the real tragedy of Trump's travel ban.

"There is a lot of effect from the ban that doesn't necessarily apply to those specific countries," Edgar says. "It just increases the general difficulty of getting foreign artists into the country.

"We have examples of other countries dealing with these same issues in manageable ways," he continues. "We should be looking at how those countries do it. Because if we continue to create policies based on misinformation, fear and ignorance, then the kind of world we're exposed to will continue to be more insular and inward-looking. And that's exactly the opposite of what we need right now."