Inked Over: A Vermont Artist Covers Up Hate Tattoos for Free 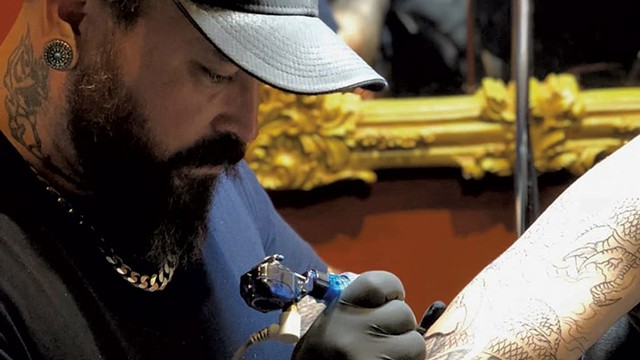 A southern Vermont tattoo shop is offering a second chance to those having second thoughts.

Mountainside Tattoo & Piercing in Bellows Falls will cover up or remove anyone's racist or hateful tattoos, all for free. The shop announced the offer in a June 5 Facebook post.

"It's ok to have a change of mind about things and we want to be there to help," the post reads.

It's not a new offer, according to shop owner Alexander Lawrence, but the service has gained new attention in the wake of George Floyd's death on May 25 and the subsequent worldwide rallies and protests against racism and police brutality.

"Sometimes people make rash decisions when they're younger because of the influences they had at the time," said Lawrence, 49.

Lawrence, who also removes tattoos with a laser, said he's tried for years to help people. He offers free cover-ups of gang tattoos and self-harm scars. He recalled how he created a beach scene on one woman's arms, using her scars as fence posts.

"I took something negative and turned it into something positive for her," said Lawrence, who has 34 years of experience.

He also offers free face-tat removal and will get rid of any ink that someone finds impedes their ability to get a job. Lawrence, a Massachusetts native, said he understands how important a second chance can be. He dropped out of school in the seventh grade, was homeless at 14 and struggled with drug addiction. Lawrence got sober, obtained his GED and eventually earned an associate's degree in his thirties.

"Now I own a successful business that does really well," he said.

So, he's giving back. He's scheduled to cover up a client's bicep tattoo of a skull with a swastika on it.

"It's not even that well done in the first place," Lawrence said. "That's the funny thing about most racist tattoos — they're usually shitty!"