Indie Films to Catch this Fall 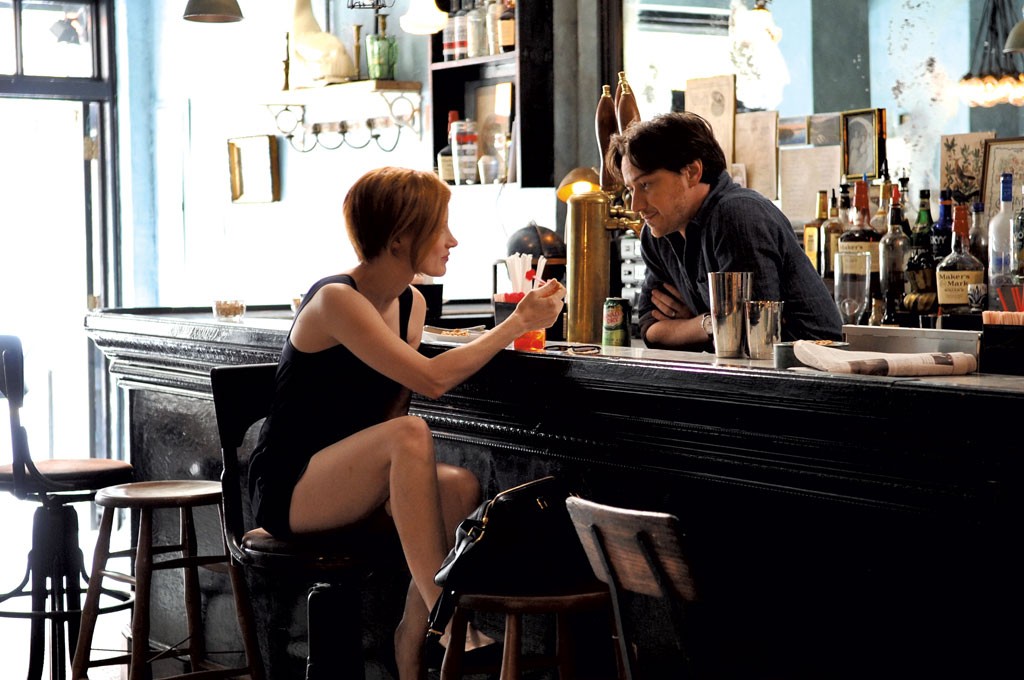 That enticing, autumnal aroma you've recently been detecting isn't just about leaves or meteorological shifts. Sniff again and you just might pick up the scent of cinema. Fall brings film to Vermont.

The marquee cinematic event is the Vermont International Film Festival, from October 24 to November 2. (At press time, its lineup and schedule had not been finalized.) Meantime, local movie lovers can enjoy a few cinematic aperitifs.

The Disappearance of Eleanor Rigby

The highest-profile upcoming local film event is the Vermont premiere of The Disappearance of Eleanor Rigby, a festival hit that has big stars and an unusual structuring device.

The Disappearance of Eleanor Rigby is a single love story that is actually three distinct films. One, subtitled Him, depicts story events from the point of view of Conor Ludlow (James McAvoy); another, Her, shows the same events from the perspective of Eleanor Rigby (Jessica Chastain). The version that'll screen at South Burlington's Palace 9 Cinemas is a commingling of the two, subtitled Them.

Eleanor Rigby is the first feature by director Ned Benson, and Vermont native Brad Coolidge was co-executive producer. Dreambridge Films, the production company that Coolidge runs with his wife, Melissa, has recently made a name for itself by producing well-regarded, small-budget indie films such as David Gordon Green's 2013 Joe, starring Nicolas Cage; and What Maisie Knew (2012), with Julianne Moore.

"We found this really cool pocket from the low end of around $500,000 to $1 million, up to about $6 million — I think What Maisie Knew is the most expensive film we've done," says Coolidge by phone from his home in Austin, Tx. Such sums would barely cover the cost of craft services on a typical blockbuster, but Coolidge feels that his company's "pocket" is a comfortable one, given the increasing fragmentation of the exhibition marketplace. The majority of Joe's audience, for example, watched the film via Redbox or an online streaming service — not exactly the bread-and-butter venues for blockbusters.

Coolidge would have loved to screen Him and Her in Vermont, but that was implausible given the state's small population, he says. He'd also love to produce a film made in his home state, but he finds the state tax incentives, or lack thereof, for filmmakers discouraging. Him and Her were shot in just 40 days in New York City, where filmmakers may take advantage of both city and state incentives.

"I want to come make movies back home," Coolidge says. "It's easier to do that when, if you spend a certain amount of money in a state, you get a certain amount back. That helps the film." He adds, "You have [in Vermont] access to this great creative market where you can cultivate these great films. I think it would be a benefit to the state to explore that."

Vermont filmmakers and film fans may fight the incentive battle another day. For now, a local theater will host a movie coproduced by one of its sons.

Journalists can get winded on the walk from coffeepot to desk, so endurance sports such as ultramarathon running push the limits of our comprehension. Which is precisely what makes the subject of Mike Mooney and Will Peters' documentary 100: Head/Heart/Feet somewhat astonishing. The numeral in its title refers to the miles run by ultramarathoner Zak Wieluns; the words refer to his sources of physical stamina.

The documentary follows Wieluns' rigorous training for the 2013 Vermont 100 Endurance Run, during which process he suffers physical and emotional setbacks that might have incapacitated a less determined person. Filmmaking partners Peters and Mooney — who, like Wieluns, went to New Hampshire's Colby-Sawyer College — decided that the runner's story would make a perfect subject for a documentary. The result is the first nonfiction film that their production company, Hammer & Saw Films, has produced.

Peters, a resident of Essex Junction, Mooney and Wieluns, as well as producer Ben Watts, will be present for Vermont's premiere screening of 100: Head/Heart/Feet at Montpelier's Vermont College of Fine Arts on Saturday, September 27. The event, cosponsored by Three Penny Taproom and Onion River Sports, is a fundraiser for the nonprofit organization Vermont Adaptive Ski & Sports.

Filming any 100-mile-long event would challenge a documentarian, but the Vermont 100 is renowned for its rugged course, which snakes through rural lands where cellphones are useless. Organizers use ham radios to converse during the race. Mooney and Peters deployed five mini-crews at strategic sites along the route and used a drone-mounted camera for aerial shots. Ultimately, the filmmakers amassed more than 200 hours of footage; just watching and logging it took almost six months, says Mooney.

For the directors, the production of their first doc provided lessons not just in filmmaking but in the nature of human endurance. "When we started filming," says Peters, who was codirector and director of photography, "we thought, OK, you need to be physically gifted or to have some sort of biological leverage to do this. But we started realizing that mental toughness ... is just as important as being physically tuned."

If you miss 100: Head/Heart/Feet at VCFA, you'll have another chance to catch it locally. The film will be featured in the Vermont Filmmakers' Showcase in VTIFF. 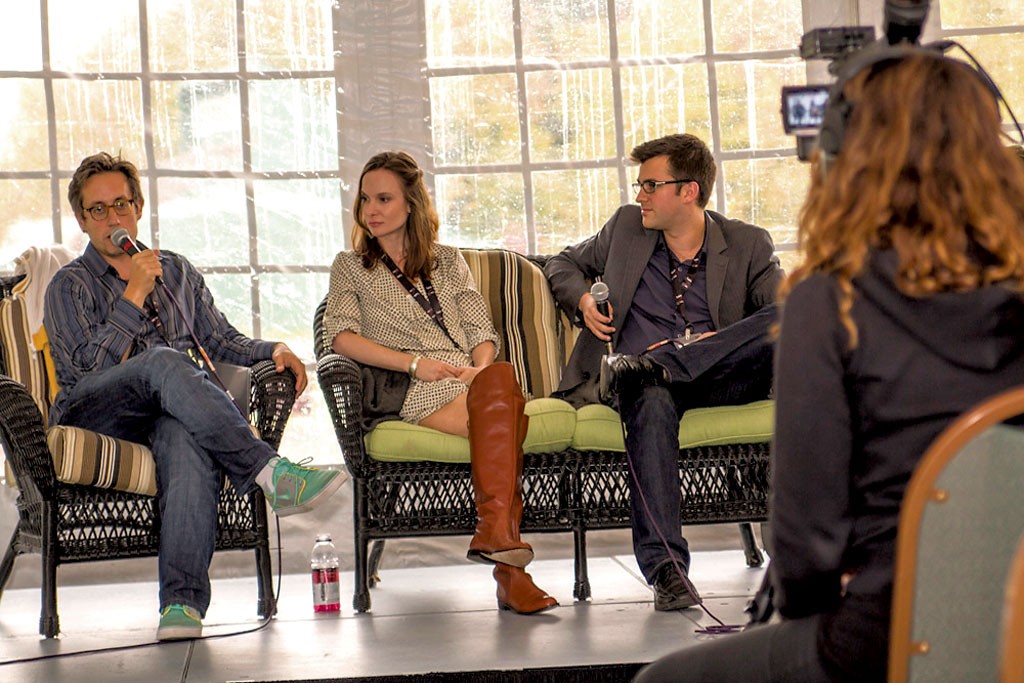 The small Windham County town of Dover is home to zero movie theaters. The nearest indie screen is the nonprofit MHCA Cinema in West Dover, and the closest multiplex is 30 miles away in Bennington. But as far as Philip Gilpin is concerned, that's one reason Dover is the perfect location for a film festival.

Gilpin, executive director of the Independent Film and Television Festival (known as ITVFest), quit the film industry in 2009 and moved to Dover; in 2012, he began to resurrect the dormant festival, which got its start in Los Angeles in 2006. The upcoming festival marks its second year in Dover, where organizers will build four temporary movie theaters "from the grass up," as Gilpin says.

Gilpin believes that Dover's tininess and out-of-the-way location makes ITVFest a special event. "When people came last year, they said, 'Oh, my goodness, this is like Sundance before it went corporate,'" says Gilpin. "They pleaded with us, 'Don't let it change; don't get a million-dollar sponsor.' It's perfect for the independent artist. They're all relaxed and open to talking to one another."

The ITVFest is nontraditional in another way, as well. Though all of its selections will be projected on movie screens, they include not just films but TV-show pilots and web-series episodes. The mission of the festival, Gilpin says, is "to weave the future of TV and web and digital entertainment." Media-makers will be pitching their works to agents, online execs and content supervisors for a variety of platforms, including the Starz network and the website Dailymotion.

Attendees can choose from the festival's 57 selections, which include the short film "Joan's Day Out," starring Sally Kellerman; "The Girl on the Roof," a short that marks the directorial debut of actor Skeet Ulrich; and other projects you've never heard of — any one of which could be the Next Big Thing.

The Disappearance of Eleanor Rigby starts Friday, September 26, at the Palace 9 Cinemas in South Burlington. See website for showtimes and ticket prices. palace9.com

100: Head/Heart/Feet premieres Saturday, September 27, at the chapel at Vermont College of Fine Arts in Montpelier. Doors at 6 p.m.; film at 7 p.m. $5. hammerandsawfilms.com