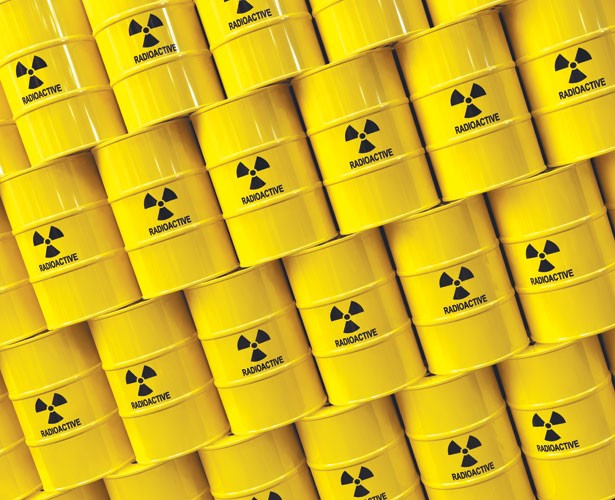 VERMONT - Two influential state senators from Windham County have introduced legislation that would require the Vermont Yankee nuclear plant in Vernon to undergo an "independent safety assessment" before it could be re-licensed in 2012. A second bill from the senators calls on the state to explore other possible sites around Vermont for storing Vermont Yankee's spent radioactive fuel in lieu of its current location along the Connecticut River.

Last week, Senate President Pro Tem Peter Shumlin and Senator Jeanette White, both Windham County Democrats, introduced S.269, which would require Entergy Nuclear Vermont Yankee (ENVY) to pay for an independent safety assessment of its own facility. The bill reflects growing concern among many lawmakers about the trouble-plagued record of the 36-year-old nuclear facility, one of the oldest in the country. A similar safety assessment ordered in 1996 for Vermont Yankee's sister facility, Maine Yankee, eventually led to that plant's early closure.

But ENVY spokesperson Rob Williams says the federal Nuclear Regulatory Commission, not the state of Vermont, has ultimate authority for regulating nuclear plant safety. The NRC, he adds, has developed a "very thorough process" for plant oversight and maintains two inspectors onsite at all times.

"There's no indication in all of the NRC reports and performance indicators that any additional inspection is necessary," Williams asserts. The independent assessment of Maine Yankee, he adds, was "a long time ago, and the lessons learned there were incorporated into the current federal oversight process. To propose a Maine Yankee-style inspection now would be a step backward."

But Shumlin is unconvinced, especially in light of Vermont Yankee's safety record over the last year. "I have lost confidence in the independence of the NRC," he says. "I think that at this point, they're a wholly owned subsidiary of the Bush administration, and an independent inspection is critical."

In August, the Vermont State Nuclear Advisory Panel (VSNAP) voted to require an independent safety assessment before Vermont Yankee could be re-licensed, though the panel never defined its parameters. "I don't want to have us leave this chamber in May and have a disagreement arise over what we meant by an 'independent assessment,'" Shumlin adds.

A second bill from the senators, S.294, would require the Department of Public Service and the Agency of Natural Resources to explore other possible storage sites around the state for Vermont Yankee's spent radioactive fuel. Shumlin says that if Vermonters want to re-license this plant for another two decades, they must come to grips with this unresolved issue.

"If we're going to re-license the plant and make more waste, we have to be responsible with the question, 'What do we do with the waste we have now and what do we do with the new waste we create?'" Shumlin says. "That was never an issue in the past because it was assumed someone else would take the waste away for us. But they reneged on that deal."

Shumlin is referring to the U.S. Department of Energy's plan to build a national nuclear waste disposal facility at Yucca Mountain in Nevada, a controversial project that's been stuck in regulatory limbo for decades. According to Williams, the year 2017 would be the soonest Yucca Mountain could start accepting nuclear waste from Vermont.

Williams says it makes more sense to store VY's waste onsite, where it is now, because all the infrastructure and security measures are already in place. Moreover, he contends that the legislature lacks the authority to regulate the handling and storage of high-level nuclear waste.

Shumlin acknowledges that building a new nuclear waste storage dump in Vermont would be controversial and politically unpopular. "This is not going to be a happy discussion," he admits. "But do you want to sweep the tough discussions under the rug and pretend they don't exist, or do we want government representatives who tell the truth and lead the tough discussions?"

Both bills reflect growing concern about the exact method, timetable and finances that will be in place for decommissioning the plant when it's time to shut it down. As Seven Days revealed last month, a report published by Fairewinds Associates predicted that if Vermont Yankee were to close in 2012, the decommissioning fund would be inadequate to cover the full cost of cleanup and removal. That "white paper" warned that Vermonters could be saddled with the future expenses of decommissioning, expected to run into the hundreds of millions, if not billions, of dollars.

ENVY has long maintained that the money will be there when the time comes to shut the plant down, whether it's in 2012 or 2032. However, ENVY now says that delaying the plant's dismantling for years - a process known in the industry as SAFESTOR - has always been a likelihood, as it makes decommissioning cheaper and safer.

Shumlin challenges that assertion, and accuses ENVY and the Department of Public Service of "rewriting history." He points out that when Vermont Yankee was being sold to Entergy in 2002, the deal nearly collapsed over a disagreement about who'd get any excess money left over in the fund after the plant was dismantled.

"Most of our heads are still spinning from the sudden news dropped at the last VSNAP meeting that the carcass of the plant may have to sit on the banks of the Connecticut River after it shuts down because there isn't sufficient money to take it away," Shumlin says. "That was never part of the deal when the plant was sold to Entergy. That was never even whispered."

In January 2006, Entergy submitted an application to the NRC to extend its license for another 20 years. A similar application must be filed with the PSB by March 21, 2008.