Maple syrup: It's not just for pancakes anymore. At least, that's the message that Vermont sugar makers are sending as maple production ratchets up even higher in the largest maple-producing state in the country. Sugaring has a long history in Vermont: Generations of families have taken to the forests at the start of each spring to collect the sap that eventually becomes maple syrup.

With increased production comes increased opportunity, and Vermont entrepreneurs are taking maple in innovative directions. The vast majority of syrup produced in the state — roughly 85 percent — is sold wholesale. But the rest is marketed directly to consumers, sometimes as liquid syrup but also in related products. Think maple-barbecue sauce, maple-sweetened granola, and maple spice rubs for beef or pork. There's maple cream and maple candy, maple mustard and maple beer.

Consumers are eating it up.

"There seems to be a real, growing interest in all things maple," says Matt Gordon, the director of the Vermont Sugar Makers Association. That demand is spurring more and more would-be sugar makers into the woods: The number of trees tapped each spring in Vermont has doubled in the last 10 years, to 1.4 million.

These entrepreneurs are trying to find the sweet spot — balancing the old-world tradition of sugaring with the modern marketplace.

For years, sixth-generation sugar maker Gene Branon watched water going down the drain at his family's sugar-house in Fairfield. Water is a by-product of the sugaring process; when sap flows from a tree, about 98 percent is crystal-clear groundwater filtered through the maple tree. The sugar maker's job is to evaporate off almost all of that water, leaving behind the golden, concentrated sap. 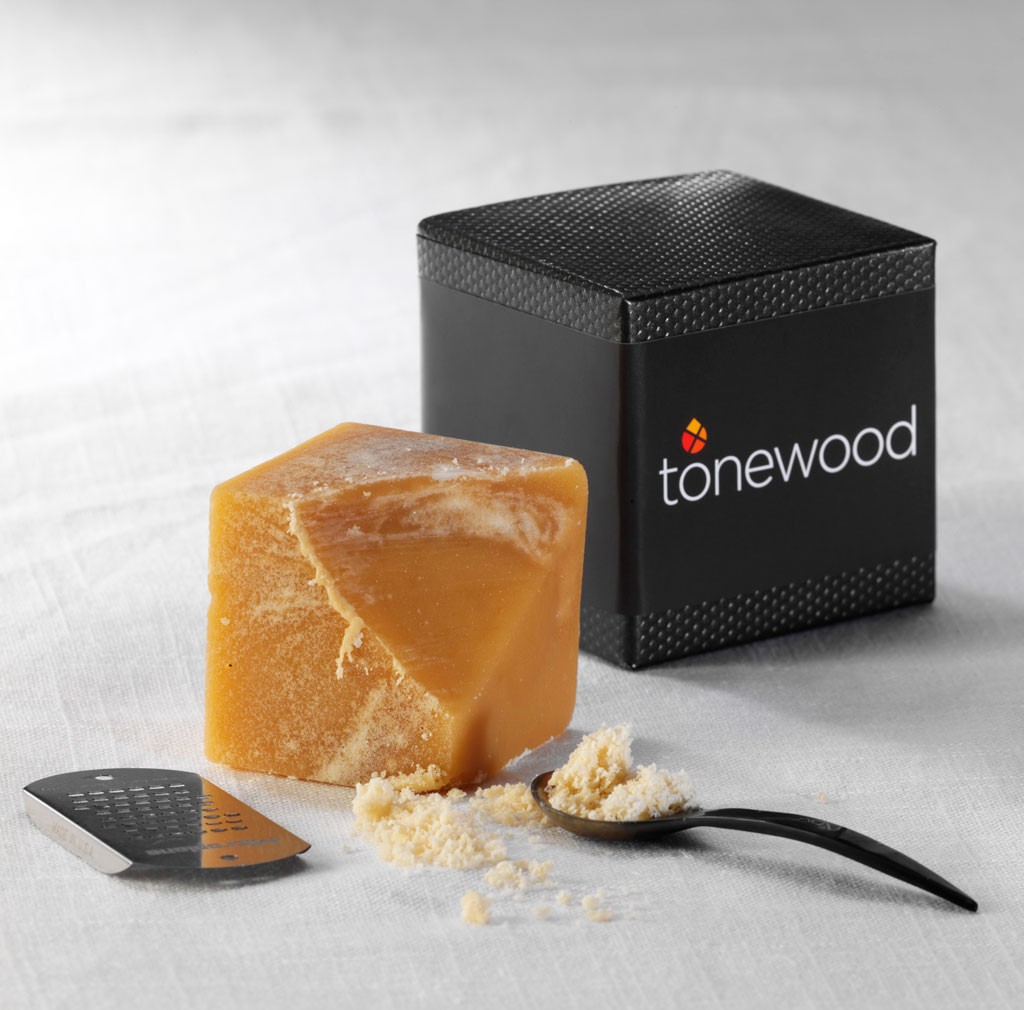 Today, most sugar makers speed along that time-consuming process by running sap through a reverse-osmosis machine, which separates out a portion of the water before boiling down the syrup. "You're sweetening your sap before you boil it," explains Branon. For the longest time, he focused on what almost all sugar makers focus on: the syrup. The water was largely forgotten.

Not so anymore. Now the Branons have teamed up with investor Aaron Harris and another local sugar-making family, the Harrisons, to produce TreTap, a sparkling water that they lightly flavor and package in cans. They're hoping that consumers will come to believe what they already hold dear: that water filtered through maple trees is among the purest in the world.

"With most beverages, you have no idea where the water comes from," says Harris. TreTap, on the other hand, can trace its water back to a specific grove of trees on a specific mountainside.

Branon hopes that if TreTap catches on, it might be a way for other sugar makers in Franklin County to diversify their businesses. Franklin County is the biggest player in Vermont's syrup industry, but most producers are susceptible to fluctuating wholesale prices.

"This is another revenue source that, if it goes as planned, can generate extra income for all the people that are throwing their water down the drain," says Branon.

Currently TreTap is available in four flavors throughout Vermont: cucumber, blueberry, cranberry and, of course, maple.

A few years ago, an acquaintance told Dori Ross about an innovative program in Italy that allowed customers to "adopt" an olive tree. In return, they'd receive that tree's portion of a farmer's olive-oil production. Upon hearing the story, Ross had an aha moment: Couldn't the same thing work in Vermont's maple sugar bushes?

Ross grew up around the maple industry in Canada, which produces 80 percent of the world's supply of maple syrup. "It's in our lifeblood," jokes Ross. When she moved to central Vermont 20 years ago, she naturally gravitated to the sugarhouses of the Mad River Valley. Among her neighbors were families whose sugaring traditions dated back five, six and seven generations.

In 2012, Ross launched Tonewood. At the heart of her business is a tree-adoption program modeled after the Italian example. She's partnered with two local families, the Hartshorns (eighth-generation sugar makers) and the Vasseurs (who have three generations at work in the same sugarhouse). A yearlong adoption, currently priced at $120, entitles the buyer to a portion of the maple syrup and maple products produced by each family in a given season.

"What I liked about it was that the story of the sugar maker, and the sugar-making family, could be brought to the forefront," says Ross. Maple may be prized for its flavor, she says, "but the real richness of maple is in the backstory."

Ross also sells a number of maple products under the Tonewood label. The most popular, and unusual, is a square maple-sugar cube that can be grated over food. The design is ultra-modern, but the concept is a throwback to times before refrigeration, when heating maple and crystalizing it into a solid form acted as a kind of preservative.

Through the innovative marketing of maple products and the adoption model, Ross hopes she can help preserve small-scale maple farming in Vermont. Marketing directly to consumers brings sugar makers a higher price point than selling their syrup wholesale, and Ross is also committed to donating some of her proceeds to the University of Vermont's Proctor Maple Research Center.

"Maple's becoming big business," she says. "My fear is that those small families will not be able to compete [with the huge operations] ... They could potentially lose the culture, and that's what I'm trying to preserve."

Eight years ago, Christian Stromberg was in his barn near Saxtons River, experimenting with his family's generations-old recipe for honey cordial, which traced its roots back to Lithuania. He had a hunch: If honey could work in that recipe, he thought, why not maple?

Stromberg didn't know it at the time, but he was on the leading edge of a movement in craft distilling. His experiments yielded Sapling, the first product he created at his homegrown Saxtons River Distillery. He creates the maple liqueur by infusing corn spirits with maple syrup from local producers.

"There's good syrup, and then there's 'eh,'" says Stromberg. "I don't want 'eh.' I want good syrup. That totally translates into the liquor."

Stromberg then barrel-ages his 70-proof spirits in oak barrels for several months. The final product has what he describes as a complex sweetness; the alcohol and oak bring out maple flavors that don't come through on a breakfast platter. In the winter, he sweetens a boozy hot chocolate with a splash of the liqueur; in the summer, he'll add it to ginger beer for a Vermont twist on the Dark and Stormy.

Today, the Brattleboro-based distillery cranks out three maple products: its original liqueur as well as maple bourbon and maple rye. (The distillers also recently partnered with local coffee roasters to create a coffee liqueur.) For Stromberg, the distillery is a way to support the sugar-making industry in his neck of the woods, because he pays a premium for good syrup from longtime sugar makers.

Stromberg's also interested in preserving another kind of heritage: his own. When his great-grandparents moved to Brooklyn from Lithuania, his great-grandmother started distilling rye moonshine to help the family of 11 get by. "We've actually messed around with that recipe," says Stromberg, but he jokes that Prohibition-era Americans were "drinking for effect," not taste. These days, the distiller, like most consumers on the market, has a more discerning palate — one that's more Grade A maple than Aunt Jemima syrup.

"Vermont's known for quality," says Stromberg. "We make good cheese. We make good ice cream." And it goes without saying, he says, that the state makes good maple.

Vermont’s sugaring season is entirely dependent on the weather, but typically lasts four to six weeks in March and April.

For a taste of maple during your visit to Vermont, don’t miss the annual Maple Open House Weekend (vermontmaple. org) on March 28 and 29. Sugarhouses host pancake breakfasts, syrup- and candy-making demonstrations, and live music. Many sugaring operations also have small retail establishments where you can purchase syrup and specialty products throughout the year.

On April 25, visitors to the Northeast Kingdom can attend the St. Johnsbury World Maple Festival (worldmaplefestival. org), which focuses on the history and heritage of sugaring. The daylong event includes a pancake breakfast, street festival and outdoor entertainment, and culminates in the crowning of the World Maple Syrup Champion.