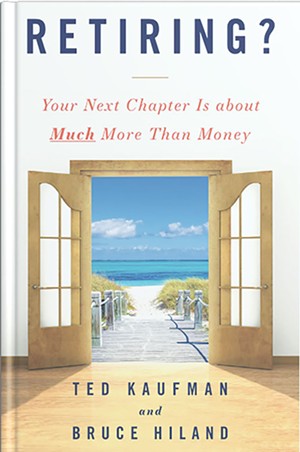 You probably don't want to hear this, but it's important: When you retire, your grandkids won't have time for you. That hard truth comes courtesy of Bruce Hiland, 81, and Ted Kaufman, 83, coauthors of Retiring? Your Next Chapter Is About Much More Than Money. In a recent interview with Seven Days, the two experts on finance and policy said they worry when they hear a future retiree announce that they intend to spend their golden years hanging out with their grandchildren and maybe reading in a hammock.

"That is a disaster," Kaufman said.

People are so focused on the financial aspects of retirement, the pair said, that they are unprepared for daily life when the time finally comes. You're in trouble if you run out of money, they acknowledged, but you'll also have a crisis if you run out of stuff to do.

Kaufman and Hiland think people should put as much planning and foresight into their personal lives as they do into their 401k plans. So they wrote Retiring?, released last May, to help.

Hiland, who splits his time between Middlebury and Vero Beach, Fla., had a long career in finance and consulting, mostly based in New York City. Delaware-based Kaufman was President Joe Biden's chief of staff in his U.S. Senate office from 1976 to 1995.

After long, successful careers, each of the friends failed twice at retiring before it stuck. In Kaufman's case, he can be excused. He unretired to fill Biden's Delaware seat in the U.S. Senate when Biden became U.S. vice president in 2008, then came out of retirement once more to manage Biden's White House transition team in 2020.

The two friends decided to write the book after witnessing not only their own personal failures to retire well but those of their friends. They pointed out that retirement used to look a lot different: Work for the same company your whole life, retire at 65, live for maybe a decade longer. Current life expectancies extend decades beyond retirement age. So it's not just money you need to stretch but also the capacity to entertain and enrich yourself.

In their book, Hiland and Kaufman offer advice on making retirement years the best ones of your life. Like anything worthwhile, though, it takes work. Seven Days asked the authors to share some insight on retiring well.

Figure Out Who You Are

Easier said than done, sure. When the spreadsheets are closed or the hammer is laid down for the last time, your soul might be laid bare. Without your career as your identity, who are you?

Hiland suggested taking time for serious introspection and asking yourself tough questions: "What do you really value? Who are the people that are important to you? What are you going to do with all your time? Where are you going to live? How will you be taking care of your body, your brain, your heart, your soul? What do I never want to do again?"

Before you have an existential crisis, remember that you don't have to answer all of these questions on your first day off the job. There's suddenly less urgency to everything, but that creates room for growth, Kaufman noted.

"Change the rhythm of your life," he said. "You have to become more contemplative, more thoughtful. You have to go into things much deeper than you had to before, which is a great opportunity." 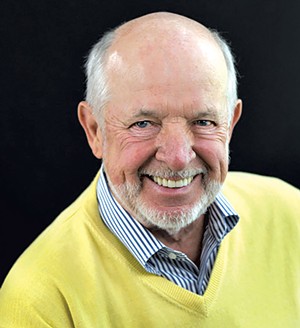 It can be for the day or for the next 30 years; whatever the time frame, you need a plan. Your children and grandchildren should not be a major part of that plan. They're playing soccer or working at their summer jobs — or driving their kids to soccer and deep into their careers. Your plan needs to rely on you. Hiland revealed that many who purchase the book are not retirees but the spouses of retirees, who are trying gently to nudge recently retired partners into action.

Making a list is a good start, Kaufman said. But, in a cheerful tone that will strike fear into the hearts of list makers everywhere, he also said that, if you don't get to everything on the list, so be it. It's a could-do list, not a to-do list.

"This is totally aspirational," he said. "Go down the list and stop going down the list when you reach the point where you're happy."

When Kaufman retired, he made a list of 45 things he wanted to do, finished 13 and felt fine about abandoning the rest. Instead of stressing out and being task-focused, he said, take your time and enjoy the process.

Be Flexible and Brave

Finances play a significant role in how a person spends their time in retirement, but income and savings don't always equal happiness and satisfaction. If you can't afford to retire and live on a yacht in the Mediterranean, it might be time to let that dream go. Being flexible and creative with your resources, however, can lead you to delightful places.

Hiland told a story about a friend who retired from his job as an executive. He was interested in wine, so he approached a local wine store and offered to work for free.

Hiland and Kaufman suggest treating every potential endeavor like a hobby, with no pressure on yourself, no expectations of mastery and no timeline. Work at a wine store, coach an elementary school lacrosse team, volunteer at an animal shelter. That's where the bravery comes in. It's hard to try something new, especially when you've spent an entire career building confidence and expertise in a different field.

Kaufman said that shifting your perspective on goals is important. Don't get caught up in the pressure, he said: "You've got to look on this project you're working on as a hobby, not [approach it with the attitude] that you have been raised for your entire life to believe, which is 'I'm on the line. I've got to deliver.'" 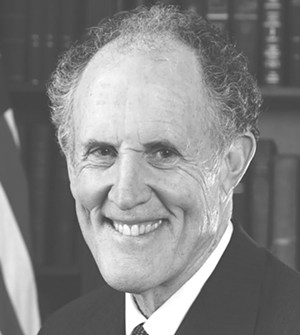 The things you take for granted as a younger person come into sharp focus after you retire, Kaufman said. At that point, he said, the one thing you have a lot of is ironically also what's running out the fastest: time.

It can be hard to relax and enjoy a slower pace, a shift that may generate frustration and depression. "That's where professional help can make a great difference," Hiland said. He acknowledged that some members of his generation may still be reluctant to address mental health issues because of stigma, and he encouraged people who are struggling to talk to a doctor, a counselor, a clergyperson or even a friend.

It's important to remember that you're not going to have the same physical capabilities as a 75-year-old that you did in your fifties. Kaufman said he had every intention of spending his retirement on the tennis court and golf course, enjoying sports he'd loved his entire life. Then he tore his rotator cuff. It couldn't be fixed, and there went his overhead shot and his golf swing.

Writing, playing cards, painting, building birdhouses, teaching a tax prep class for a local community-education program — you can do all of these things without straining arthritic knees or raising your blood pressure (although a good bridge game can certainly get it up there).

Despite your reputation as an eagle-eyed putter, it might be time to let those dreams go. "Don't get all tied up in who you were," Kaufman advised. "You've got to get out of that. You can still do incredibly positive things."

Though Kaufman and Hiland wrote the book with the intention of inspiring retirees, they said they've found that their advice resonates with younger people in the wake of the pandemic and the Great Resignation. One key point they stress over and over is welcoming change and uncertainty.

The original print version of this article was headlined "Spending Time"