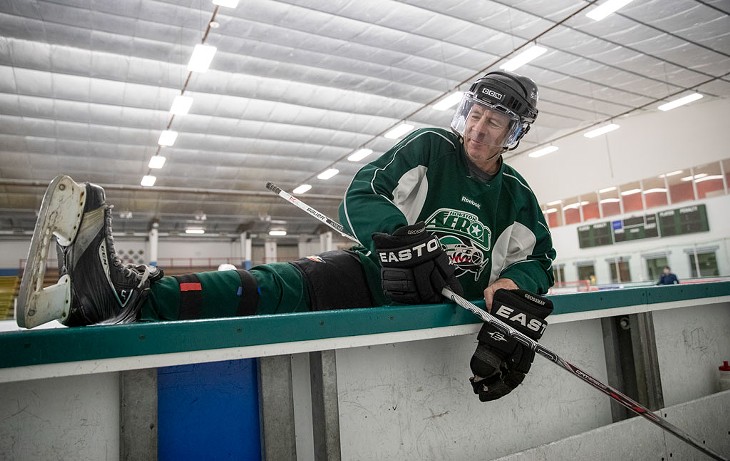 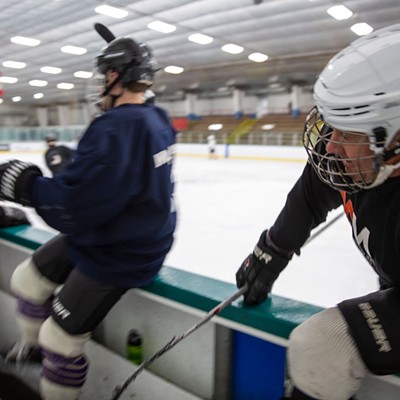 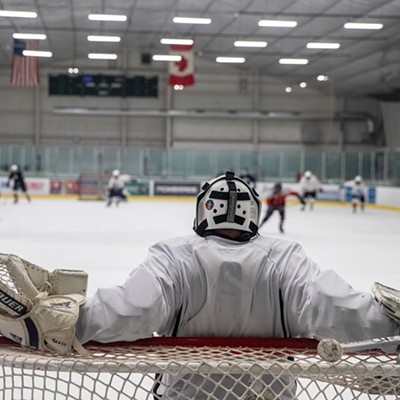 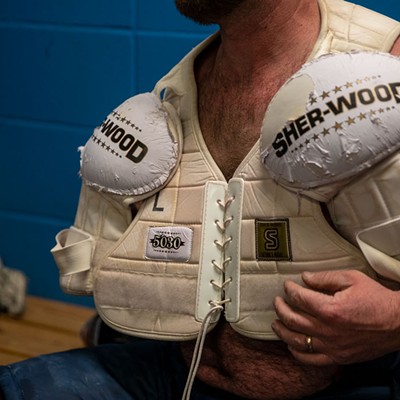 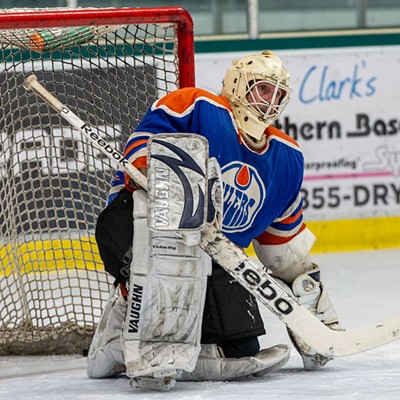 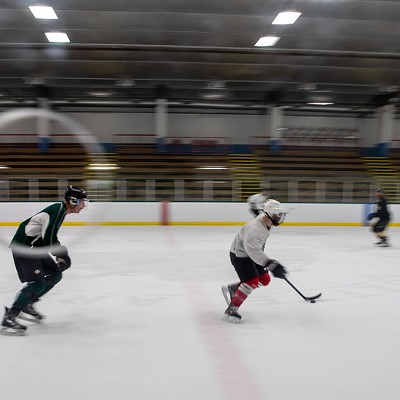 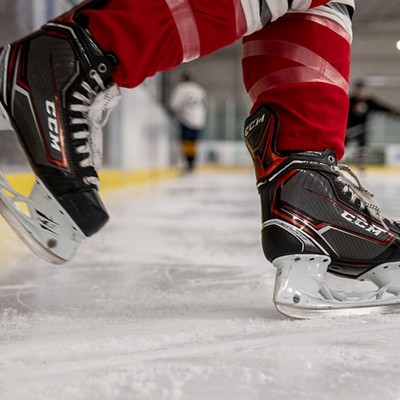 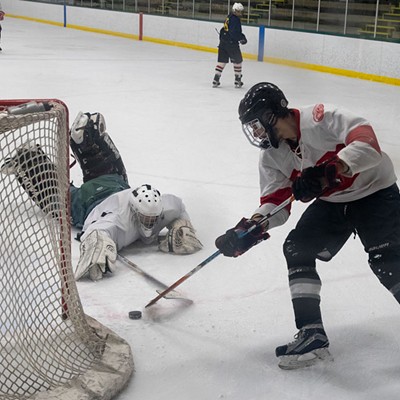 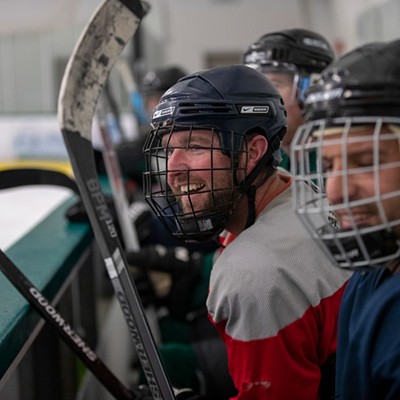 For the past 43 years, every Monday from just after Labor Day to the end of March, Steve Gleason has hit the ice with 20 to 25 of his closest friends. The 62-year-old is the founder of Monday Night Hockey at Gordon H. Paquette Ice Arena in Burlington's Leddy Park, believed to be among the longest-running skates in Vermont — if not one of the oldest local rec leagues in any sport, period.

Players range in age from 24 to 64, though most are in their fifties and early sixties. They are builders, plumbers, electricians, doctors, engineers and lawyers. Some are stay-at-home dads. Most played at least high school hockey, and a handful played at the college level. Every now and then the league even attracts the odd former pro — such as Burlington's Dan McFall, who played nine games for the Winnipeg Jets in the 1980s.

The skate is decidedly informal, operating more like a pickup game than a traditional league. Players choose sides by showing up wearing either white or dark jerseys. If the teams seem lopsided, Gleason might ask one or two players to switch jerseys and even out the skill level.

Otherwise, the competition is self-regulating. Hitting and checking are frowned on, but the action is still very physical and fast-paced. There's usually enough time in the 90-minute skate to play three games to five goals.

"We show up, we throw the pucks out, we split up, and we play. That's what we do," said Gleason.

Seven Days dropped by the arena on a recent Monday evening to watch Gleason and friends do what they do: play. Here's what we saw.