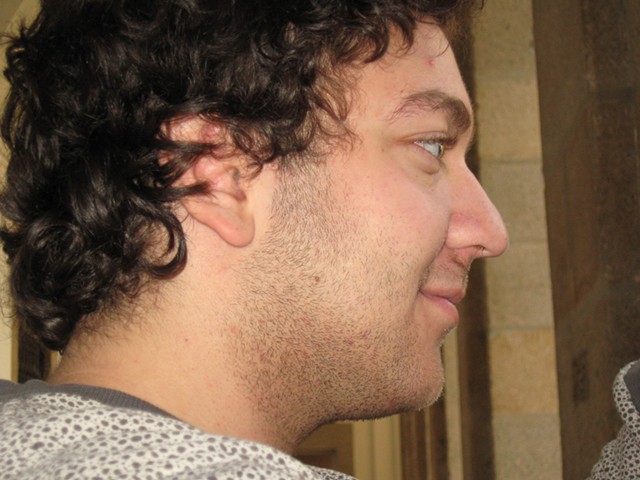 We miss him terribly and wish he had had more life, more time to adjust to becoming an adult, more time to make music, more time to be with us and his friends, more time to grow old. We think of him all the time: his last text to his mother, “I want to dance with you Mommy!”; his sharing music with his father — Dylan, the Dead, the Allman Bros. We remember him as a child singing the tune from Tubby the Tuba and enthralled with "Rugrats." And we remember the way he would argue without end on any topic, whether he was right or wrong.

Shelburne was not an easy place for him to grow up in, and we thought New York, the Big Apple, would be a big enough city for his big personality. In Vermont, in Massachusetts (where he attended the University of Massachusetts Boston) and in New York, he made friends in the music festival community who practiced loving kindness and tried to take care of each other, even when they could hardly take care of themselves.

Julian prided himself in not succumbing to the opioid crisis and maintained that festival drugs and weed were safe. We argued about drugs for over a decade with him. The night he died, he took the drug GHB to help him sleep after using other drugs to keep him up. We want other kids to take note of this and be careful.

There will be a fundraising concert on Saturday evening, May 21, to endow a scholarship in Julian’s honor for the Vermont Youth Orchestra, a place that nurtured him and provided Julian with years of support, friendship and music-making pleasure. Watch for more details on the VYO Events page (vyo.org/events), where there will be an opportunity to make a contribution.
– Sharon Lamb & Paul Orgel