In His New Book of Drone Photography, Caleb Kenna Rediscovers Vermont From Above 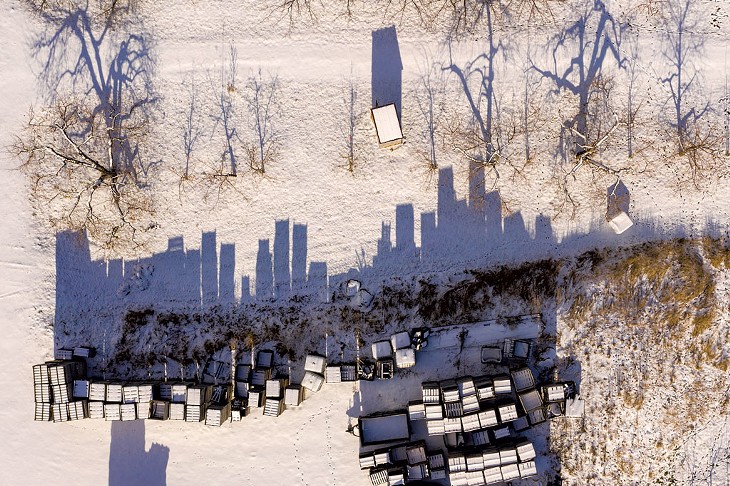 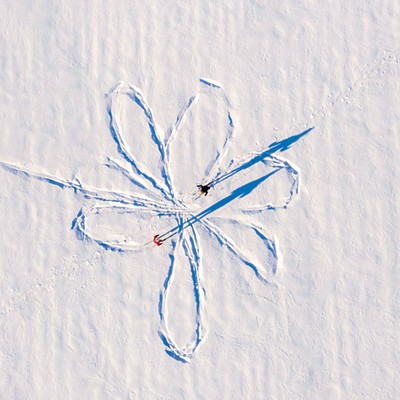 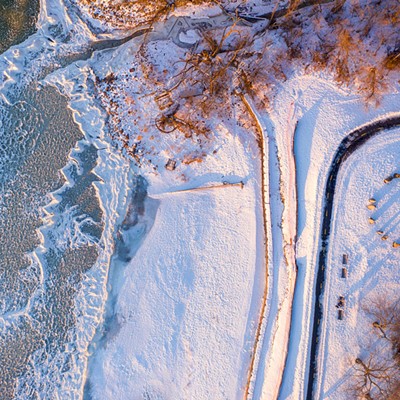 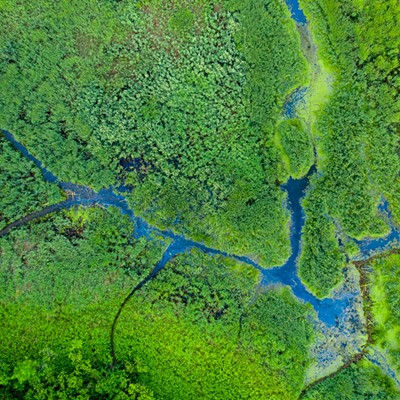 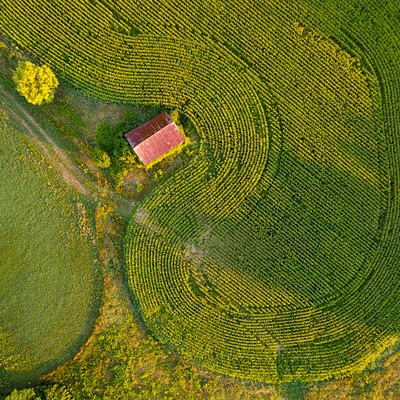 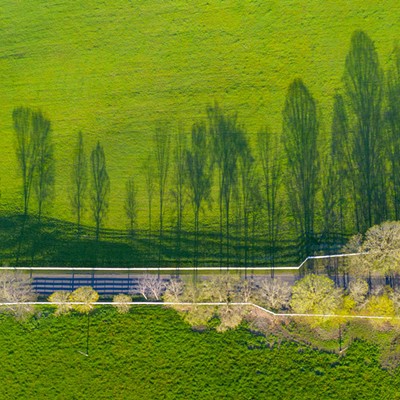 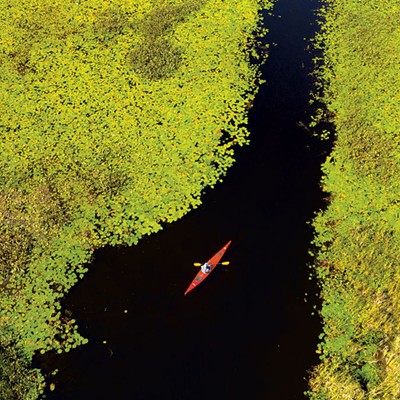 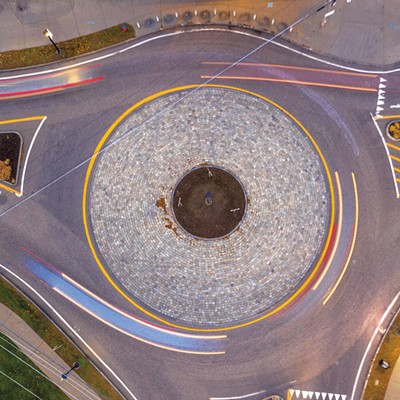 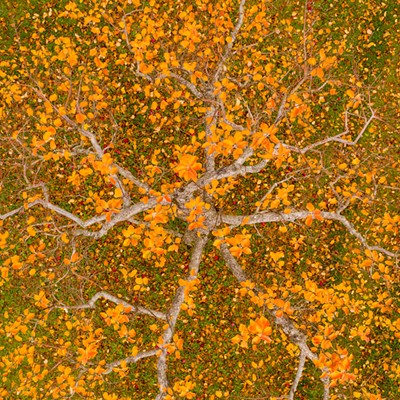 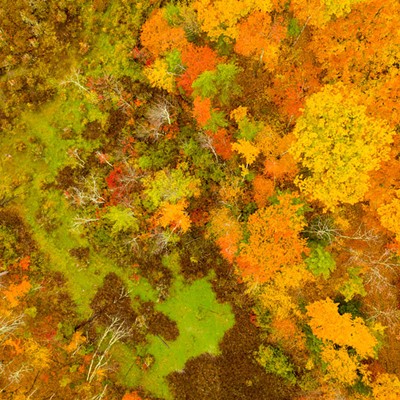 At first glance, long shadows cast by apple boxes in snow look like a purple cityscape, and solar panels evoke a huge quilt. The drone photography in Caleb Kenna's new book, Art From Above Vermont, published in October, is an invitation to let the eyes play and the imagination wander. It's also a stunning reminder of how beautiful — and precious — the Green Mountain State is.

In 130 color photographs of everything from farmland and forests to quarries and roads, Middlebury-based Kenna invites viewers to see the state anew from a bird's-eye view. Taken anywhere from 50 to 400 feet above the ground, his shots are funny, clever and astonishing. Nordic skiers, so small they look like colorful commas, make a huge flower in snowy Middlebury with their tracks; a field of dandelions in Whiting looks like wet green velour; the roundabout near Middlebury College is a graceful abstraction of texture, color and line.

"I think Vermonters generally love the beauty of this place, but they've never seen it quite like this," Bill McKibben told Seven Days by email. The environmentalist, author and journalist, who wrote the book's foreword, called Art From Above Vermont "an extraordinary gift."

Kenna's skill with drones lets us "see the place we love from a new angle," McKibben wrote. "And his eye is impeccable — the organic and the manmade meshing in such charmed patterns.

"A certain sort of Vermont photography has become a little cliched. This will open up everyone's eyes again."

The two men met when Kenna photographed McKibben for a 2010 Sierra magazine story. A longtime admirer of McKibben's journalism and activism, Kenna invited him to write the foreword because he felt that an advocate for the Earth would grasp the significance of his photos.

"When you're photographing landscapes in Vermont," Kenna noted, "you can't help but be influenced by the environment and climate change."

Ultimately, though, Kenna shoots for the joy of it and the discoveries he makes along the way. Married with an 8-year-old son, the professional photographer and Federal Aviation Administration-certified drone pilot said taking photos nearly every day is meditative and calming. It offers a break from the daily chores and responsibilities of life, and he enjoys the "rush of coming back with what you think might be good pictures." He shoots primarily within about an hour's drive of Middlebury, often at the same locations in different seasons, so he has trained himself to look closely for subtle changes.

Kenna is most inspired by the works of 20th-century American photographers Alfred Stieglitz and Minor White, who convinced the art world of photography's merits and found elegance and meaning in the quotidian. Of the objects in his own works, Kenna said, "Yes, they are trees. Yes, they are hay bales. But I hope ... they become something more through the photos ... maybe a metaphor for something."

Kenna's photos are currently on view at local galleries, including that of the University of Vermont Medical Center, and he provides drone photography to numerous clients. But the wider public got its first glimpse of his works in a 2020 New York Times photo essay. The colorful spread led to a book deal with Schiffer Publishing, and the Times printed a second Kenna photo essay in 2022. On Sunday, Art From Above Vermont was on the paper's "What to Read" list.

On tour to promote his book, Kenna will present a slideshow and some drone video on Thursday, December 1, at Hotel Vermont in Burlington. He'll also host a limited-edition print sale on Saturday, December 10, at his Brandon studio and online. Prices range from $300 for a 17-by-22-inch print to $700 for a 30-by-40-inch print.

Kenna shoots with a DJI Mavic 3 drone: a quadcopter (meaning it has four propellers) with a Hasselblad lens. It can operate for about 45 minutes on one battery charge and fly nearly nine and a half miles from its operator.

A digital screen on the remote control allows Kenna to see everything the drone sees. The best moments are when the drone's vantage point shows him something completely unexpected, such as a barn otherwise obscured by a field of tall corn.

"Those aerial discoveries are the most fun," Kenna said, "where you put it up looking for one thing, and you see something else."

The original print version of this article was headlined "Sights for Soaring Eyes | In his new book of drone photography, Caleb Kenna rediscovers Vermont from above"