In Currier Case, a Scoop — Then Silence 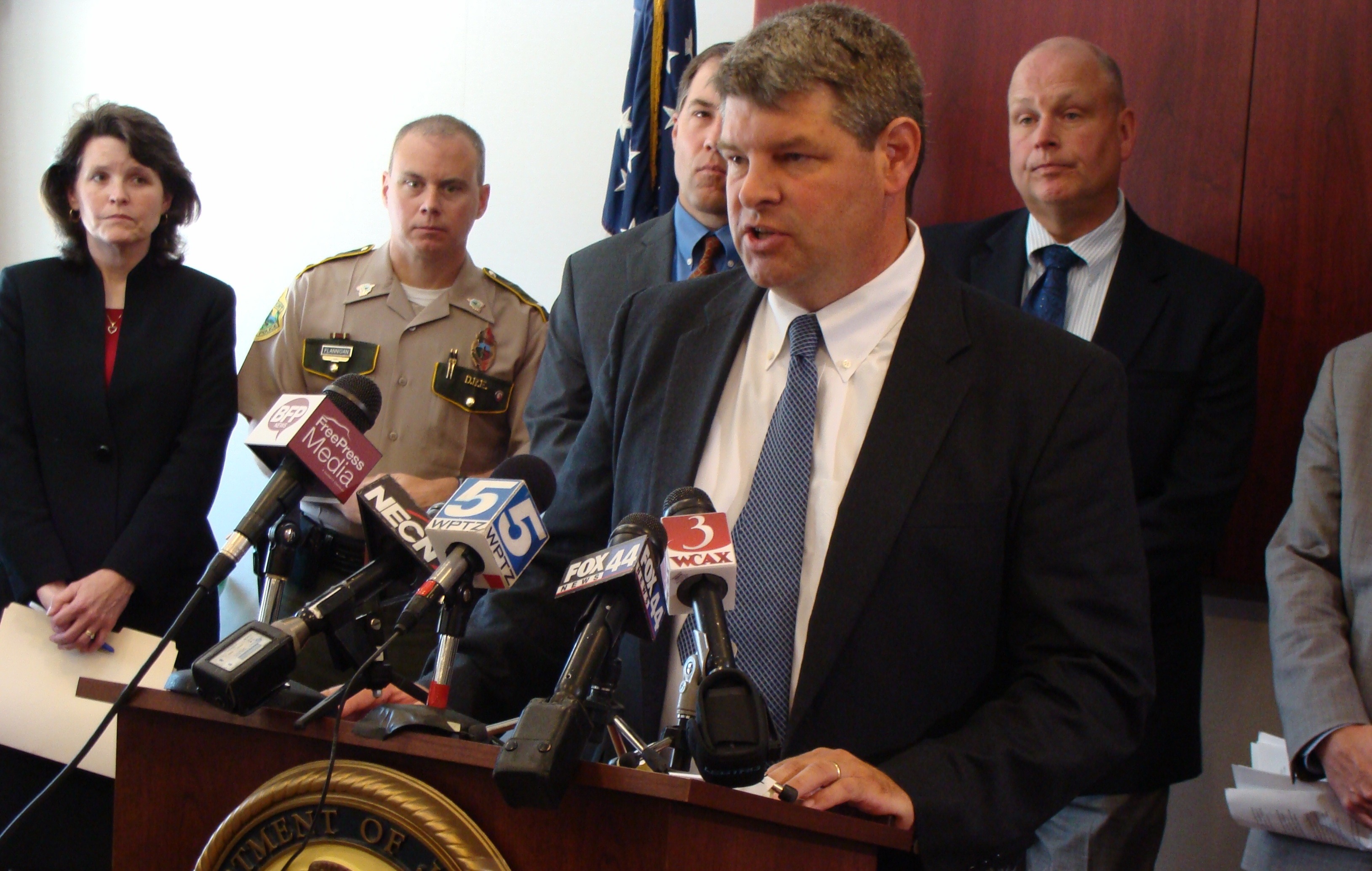 More than 13 months after Bill and Lorraine Currier disappeared without a trace from their Essex home, a host of law enforcement officials called a press conference last Friday morning to divulge new details about one of Vermont's most mysterious recent crime stories.

With a dozen reporters covering the presser and several news outlets carrying it live, authorities disclosed that the Curriers were murdered in a random act committed by a suspect now in custody outside of Vermont.

Beyond that, federal, state and local law enforcement officials' lips were sealed. They wouldn't say who the suspect was, where he or she was being held, nor how they broke the case.

Shortly after the presser ended, though, one local news station, WCAX-TV, appeared to break the story wide open: cops and courts reporter Jennifer Reading reported on the station's noon broadcast and then via Twitter that, "Ch. 3 confirms that Currier murder suspect is 34 year old Israel Keyes from AK. He's behind bars there 4 allegedly killing a teen in April."

CAX followed up at 6 p.m. with a more complete broadcast story outlining further details: Keyes, Reading reported, was being held in Alaska for allegedly kidnapping and killing an 18-year-old coffee shop worker and using her debit card to withdraw money at ATMs all across the western United States. The station said that while Keyes was being questioned about the Alaska murder, "he told investigators where they could find the bodies of a missing Vermont couple." That intel apparently led to a dig at another Essex property and, eventually, to a Coventry landfill.

As soon as CAX broke the story, it spread like wildfire — at least, in Alaska. Television stations, radio stations and newspapers across the Last Frontier ran with the story, mostly just repeating CAX's reporting.

In Vermont, however, there was only silence.

In the six days since Reading's story ran, not a single other news outlet in the Green Mountain State has run with it.

"It is not for lack of trying," says WPTZ-TV news director Sinan Sadar. "We did call — god, not to get into a laundry list — but we called various police agencies in Alaska, Beaumont, Tex., where [Keyes] was captured, obviously the full phalanx of Vermont [and federal authorities]."

"Everyone has remained very tight-lipped about putting Israel Keyes' name to this case. I do applaud Channel 3 if they're comfortable enough with what they call an anonymous source. Good for them," Sadar adds. "But if I'm going to accuse someone of murder, I need to have that myself. I can't pass that on to another news organization."

Like other news organizations, PTZ opted simply to not mention the development pending its own, independent confirmation. The Associated Press' Montpelier bureau made the same call.

"We have tried to independently verify the identity of the suspect and so far have been unable to do so and would want to do so ourselves rather than relying on someone else's unnamed sources," says AP reporter Dave Gram.

While the AP often picks up stories run by member newspapers and broadcast outlets, such as CAX, to run as news briefs, Gram says that the high-stakes nature of the accusation merited AP confirmation.

The Burlington Free Press apparently made a similar — but not identical — decision. In a story by reporter Adam Silverman (with contributions from three other Freeps reporters), the paper obliquely mentioned that CAX had named a suspect, but that authorities — including Chittenden County State's Attorney T.J. Donovan, U.S. Attorney Tristram Coffin and Essex Police Chief Brad LaRose — refused to comment on the story:

Friday afternoon, investigators refused to comment on or to corroborate a WCAX-TV story attributed to unnamed sources that included the name of a person the station identified as the suspect. Asked if the name meant anything to him, Donovan replied: "No comment." LaRose, Coffin and others also declined to address the report.

Calls to the Freeps Wednesday and Thursday were not returned.

After the story broke, Seven Days briefly — and unsuccessfully — attempted to confirm it with Vermont law enforcement authorities. Several Seven Days staffers, this writer included, tweeted the news, attributing it to CAX. [Disclosure: CAX has a media partnership with Seven Days.]

Since its first reports last weekend, CAX too has been mum on the case.

"We really haven't had any new information outside what we reported Friday," says news director Anson Tebbetts. "If there's something new to tell the public, we'll tell them."

Unsurprisingly, Tebbetts declined to reveal who Reading's sources were, nor whether any are law enforcement officials. He did say that, "It's more than a single source."

"We're confident that it's accurate," he added.

According to Tebbetts, Reading was working the Keyes story for weeks, placing calls to Alaska in an effort to confirm the alleged suspect's identity.

"We didn't confirm all the information about this particular story until that day, which is last Friday," he says. "We knew it was going in a certain direction, but we didn't button it up, put it in a package, have it all complete until that Friday."

In addition to the unattributed allegation that Keyes told investigators where the Curriers' bodies could be found, Reading also cited other circumstantial evidence: that Keyes owned property in nearby Constable, N.Y., that he checked into an Essex hotel when the Curriers went missing, and that he resembled a witness sketch of a man spotted in their car after they went missing.

Tebbetts would not confirm whether it was Reading's looming story that prompted the U.S. Attorney's office to call the Friday press conference. CAX was the first to announce that it would take place. He did reiterate that the station, "did our best not to jeopardize or hurt an investigation."

"Keep in mind, the authorities had said they have a suspect, they are gonna charge someone and that person is in custody," Tebbetts says. "It would be a much tougher call for us if they were searching for someone, they did not disclose that name and that person could be out there potentially trying to harm someone else."

As for why no other news source in Vermont has picked up on their scoop, Tebbetts says he's too busy with his own work to notice what others are doing. But faced with the same decision his competitors were about whether to run with the story absent confirmation, Tebbetts said he wasn't entirely sure what he would do.

"I suspect it does rise to a higher level of scrutiny in this particular case, because it's such a high-profile case and there's been a tremendous amount of interest in this," he says. "I suspect it's at a different level than a spill into the Winooski river."