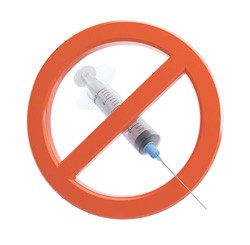 I stayed out of the vaccination debate for a while, for fear of being stood against a wall by the anti-vaxxers — including some of my neighbors and friends — and executed with a barrage of hypodermic needles.

But then Vermont Gov. Peter Shumlin reversed his position on S.199, the bill that would have eliminated parental “philosophy” as a reason to opt a kid out of immunization. Abandoning his health commissioner, Harry Chen, the governor announced that, on second thought, maybe public health decisions ought to be made by private citizens.

Shumlin’s change of heart came on the eve of World Immunization Week, April 21 to 28, sponsored by the World Health Organization, which this year involved 180 countries. “Immunization is one of the most successful and cost-effective health interventions. It prevents between 2 and 3 million deaths every year,” said the WHO in the week’s publicity.

So while the members of the Vermont Coalition for Vaccine Choice (VCVC) were clamoring against the violation of their “essential human right of vaccine choice,” the Global Alliance for Vaccines and Immunization, a public-private partnership that raises funds for immunizations in developing countries, was extolling “the universal human right to health, of which immunization is a key component.”

While VCVC was defending Vermont’s families from rapacious drug companies and overreaching government, elsewhere in the world very poor people — including 1.4 million children under the age of 5 each year — were literally dying for vaccines.

And, while the Vermont coalition was insinuating that an aggressive pro-vaccine lobby had pushed S.199, with Chen as its puppet, the real story was the precise opposite. Big Pharma has long been running away from vaccines, because they are big losers. The drug companies would much rather address the medical needs and desires of the well-off and long lived, such as Alzheimer’s, erectile dysfunction and acid reflux. Health advocates have to push the drug companies to make (and give away) vaccines.

Vaccines are lousy consumer products. They are expensive to produce. Their purchasers are almost exclusively government agencies, which are frugal. Each consumer uses them at most a few times in a lifetime. And, when vaccines are effective, they put themselves out of business. A 2002 study by economists Michael Kremer of Harvard and Christopher Snyder of George Washington University determined that drug companies earn more treating the diseases that vaccines prevent than selling the vaccines themselves.

Then there’s the prohibitive cost of product-liability insurance. This is not because vaccines are harmful. It is because anti-vax misinformation convinced enough people that they are. In 1974, a British researcher published an article saying that the pertussis vaccine had caused brain damage in 22 children. Personal-injury lawyers leapt on this and other stories of harm. Companies started withdrawing from the vaccination business. By the 1980s, myriad investigations had disproved claims of every serious harmful effect of vaccines, but the lawsuits kept coming. To cover the liability insurance, the price of a dose of pertussis vaccine rose from 17 cents to $11. One suit, alleging without scientific substantiation that a vaccine manufactured by Lederle had paralyzed a boy, won the plaintiff $1.13 million — equal to nearly half the pertussis vaccine market that year. More companies stopped making it. That led to shortages and even higher prices.

Today, in nations that can’t afford vaccines, preventable pneumococcal diseases, such as pneumonia, meningitis and sepsis, take one child a minute, according to the United Nations. For each two survivors of the illness, one is disabled for life.

Independent research overwhelmingly affirms that vaccines are safe, with extremely rare and almost always mild and transient adverse effects. The most commonly cited claim, that vaccinations cause autism, has been solidly and repeatedly disproved. “While there are still a handful of parents who, in almost a religious way, cling to the notion that vaccines cause autism,” the Autism Science Foundation proclaims, “there is no data to support an autism-vaccine link. There never has been. Vaccines don’t cause autism.”

Vaccines are effective. They fail to work only when people don’t use them. That’s true for individuals and for populations. In Colorado, children whose parents refused vaccination were 23 times more likely to get whooping cough than fully immunized children, according to a study published in Pediatrics in 2009. The study cites earlier research demonstrating that “states with high nonmedical exemption rates have an increased incidence of pertussis among children ages 3 to 18 years.” One such state is Vermont.

Thanks to gaps in vaccination, once-vanquished diseases are resurging. Europe has recently seen measles epidemics, and the illness is increasing in the U.S. Polio is spreading throughout the developing world.

Paranoid ideology has helped bring back polio. In northern Nigeria, Muslim clerics convinced parents that polio vaccination was a Western plot to sterilize their youth. Parents stopped having their kids vaccinated. The boycott spread across West Africa to Sudan and the Middle East. Now 25 countries are no longer polio free. Afghanistan is one of them.

It doesn’t take a genius to figure out how polio in Badghis Province might make its way to, say, Bennington County.

Why do people who scoff at climate-change denial deny the global scientific consensus on vaccines?

It’s not just skepticism of Western medicine or partiality to traditional and alternative practices. After all, the most traditional of practitioners — village healers in sub-Saharan Africa — cooperate with public health workers in vaccination campaigns.

It’s not just criticism, however legitimate, of for-profit medicine or its government toadies. Some of the world’s fiercest critics of Big Pharma and the international patent laws that reward its greed are also the strongest advocates for universal vaccination.

Reason has nothing to do with the antivaccination passion. The movement runs on two contrary emotions: fear and a blithe expectation of well-being.

Much of the fear is the fruit of 30 years of conservative and neoliberal propaganda adulating everything private and condemning everything public — whether the CIA or the Census Bureau, the federal penitentiary or the local public school. This fall, the Tea Party crucified Texas Gov. Rick Perry — then a GOP presidential hopeful — for his executive order to vaccinate all preteen girls against HPV, the virus that causes deadly cervical cancer. Rick Santorum called the vaccination order “big government run amok.”

The anti-vax people in Vermont tend to be progressive on many issues. But paranoia festers where right and left libertarianism meet: in America’s radical individualism, the belief that all of us should take care of our own and the illusion that we do, whether with hand sanitizer and home-alarm systems or with homeschooling and organic vegetables.

The hubris of this individualism is seated in an emotion that’s antithetical to fear: the uniquely American expectation of well-being. Despising government and thinking you’re doing it all yourself means ignoring the public infrastructure, from clean-water regulations to well-maintained roads — to universal immunization — that helps foster this reasonable assumption of safety in the first place.

Vermont’s health services, education and environmental protections are superior to those in most states, and help explain why it is the healthiest state in the nation. That’s why anti-vaxxers’ use of this distinction as an argument for mistrusting public health officials is particularly circular, and galling. In fact, the state’s remarkable safety affords Vermonters the luxury of fearing imaginary perils — in this case, those lurking in a vaccine. Most of the world does not have this luxury.

The spinning of those imaginary perils into felt truths helped hobble the vaccination industry. But this victory for the anti-vax movement had unintended consequences. It contributed to the diminished supply and high cost of vaccines, and those prices play a role in the deaths of millions of children.

Pharmaceutical corporations must not be allowed to make life-and-death decisions based on their bottom lines. But individuals carry moral responsibility, too. Where immunization is concerned, each family’s responsibility reaches far beyond its own children, or even the other children in the schoolroom.

In Vermont, the defeat of S.199 may look like the status quo ante. Shumlin’s flip-flop was nothing new, either. He concluded that politically, if not medically, the risks outweighed the benefits.

But his capitulation to a clutch of noisy, individualist flat-earthers also will have unintended consequences. The governor has not just undermined Vermonters’ health and the credibility of his own health commissioner (if I were Chen, I’d resign). He has dealt a blow to the notion of public health — and the public good — itself, and to elected government as the chief agent responsible for promoting it.

Shumlin has also damaged himself — that is, the chances for success of his own most ambitious and progressive project: single-payer health care. That damages the chances of ever winning universal health care nationally.

Now, in addition to death panels and rationing of treatments and medicines, the opponents of reform have the evil vaccinators with which to foment paranoia. And paranoia is like the poliomyelitis or rubella virus: Its nature is to spread.

Poli Psy is a twice-monthly column by Judith Levine. Got a comment on this story? Contact levine@sevendaysvt.com.