I'm Worried I Might Be Gay or Bi | Ask the Rev. | Seven Days | Vermont's Independent Voice 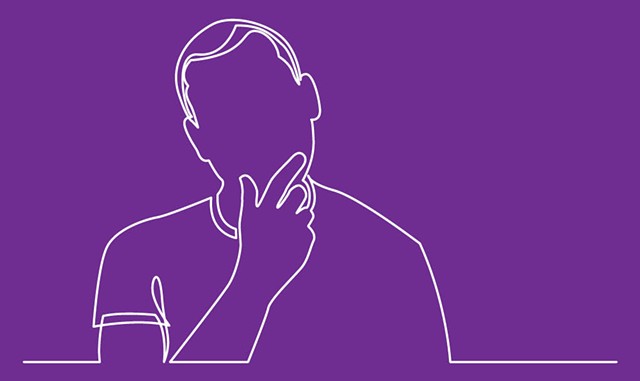 I've felt attracted to women for most of my life, but now I'm worried I might be gay or bi. Guys don't arouse me, but sometimes I get nervous around them. When I'm close to a woman, it still feels right, but sometimes I get worried that I'm starting to have feelings for a guy. I'm not sure what's going on. What are your thoughts?

It sounds to me like you have the occasional man-crush, and that's nothing to be worried about. It's totally natural for a human to be attracted to another human — and sometimes those feelings develop regardless of gender. Besides, gender makes no real difference in the big picture.

I'm technically a straight woman, but Lord knows I've had crushes on dozens of women over the years — I think the first was my third-grade teacher. I've never had sexual relations with any of them. If that does happen someday, so what? As long as we're consenting, enthusiastic adults, it shouldn't be anybody else's business. Same goes for you. Try not to overanalyze your feelings, and just go with your gut.

Sexuality is a spectrum. Nobody is all one thing or the other. As a good pal of mine likes to say: "Everybody is a little bit gay." Of course, the reverse is also true. I'm certain there are boatloads of gay men who have occasional crushes on women, and lesbians who have the hots for men every now and then. In these times, we have way more important things to worry about than who likes whom, and it really shouldn't matter. Labels are only useful at the grocery store, honey.