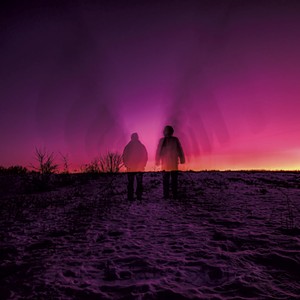 The strength of a local music scene isn't just about quality. Stylistic diversity is equally important. By that measure, Vermont is doing great. In the past year, we've seen the spaced-out future funk of Real Ova Deceit and the ambitious psychedelia of Northeast Kingdom rap crew Tiger Fire Company No. 1. The latest out-there addition is a duo called Idiolect, whose debut, Subterfuge, is a broadcast from another universe.

Rapper/producer AgentElsewhere and rapper K_Now are Burlington based these days, but they grew up together in Fair Haven. Their natural chemistry enhances every track on the LP, and it's clear the two love working together. They're also happy to embrace exactly who they are — "straight out the boondocks with a boom box."

Those distinctions didn't always mean as much as they do now. Before record execs and music critics made up names for 10,000 electronic subgenres, people could be fans of both Mantronix and Skinny Puppy without worrying about dress codes. And while it's easy to lump smart, weird, white rappers in with labels such as Anticon or Definitive Jux Records, Idiolect are really a throwback to that late '80s/early '90s era when everything was still wide open and brand new.

Befitting such a polyglot sound, Idiolect are lyrically all over the map. In their collage of styles, thoughtful, introspective raps collide with party tracks, paranoid politics, horrorcore and sci-fi storytelling. Their flow patterns also draw from a deep, diverse tool kit, to the point where they can sound like a much bigger crew.

Subterfuge greatly benefits from the formidable talents of DJ Kanga, one of the finest turntablists the 802 has ever seen. But the real creative backbone of Idiolect is AgentElsewhere, aka Steve Eaton, who provides the beats, mixing and mastering — and even the cover photography.

Some of these tracks have been demoed and workshopped for years, and the improvement in Eaton's engineering game over that time is staggering. The LP sounds fantastic: a massive wall of sound that finds room to spotlight every verse.

There are plenty of microphone workouts here, too, such as standouts "Film This," "Keep Runnin'" and the brutally bleak "H." Subterfuge is equally strong on the instrumental front, packed with scratch interludes and carefully sequenced MIDI movements.

The result is an urgent, exciting debut that demands to be taken on its own terms. This album is an important new twist on the 802 sound, but what makes it great is that Idiolect don't seem to care about that at all. They're here to bang out and have fun.

So take Subterfuge as it is: a speaker-folding good time, a nihilist nightmare and, most of all, a killer live set waiting to happen. Here's hoping that's very damn soon.

Subterfuge by Idiolect is available at equaleyesrecords.bandcamp.com.