I Had an Abortion but Never Told the Possible Fathers | Ask the Rev. | Seven Days | Vermont's Independent Voice

I Had an Abortion but Never Told the Possible Fathers 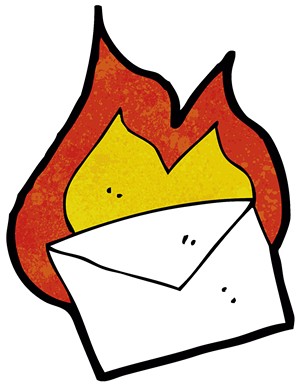 I've never been particularly promiscuous, but in my twenties, I had a summer fling with a younger guy that ended when he moved away for college. Shortly after, I had a brief encounter with one of his friends. I wound up pregnant and didn't know who the father was.

I was incredibly ashamed of the whole situation, and I had an abortion without telling either one of them. Even though it was the right choice for me, I feel bad that I never told them. They both live far away and have families, and I haven't talked to either one since then. Should I let them know or just keep it a secret forever?

If you'd kept the child, it would be worth getting in touch after all these years to figure out who the biological father was. It would be beneficial to the kid (well, adult, at this point) and decent to let the guy know. Since that's not the case, I don't see what good fessing up now would do.

You weren't in a committed relationship with either of these fellas, but even if you had been, there was no legal or medical reason for you to tell them about the abortion. It was completely your decision to make and, as you said, the right one for you at the time.

Although you have nothing to be ashamed of, I can only imagine what a burden keeping a secret like that must be. You don't have to tell the men who were involved, but it might feel good to get it off your chest. Is there a friend you could talk to about what happened? A therapist?

Barring that, you could write a letter. Get down everything you felt then — and since — on paper. Then set it on fire and let any guilt or regret float away with the smoke.