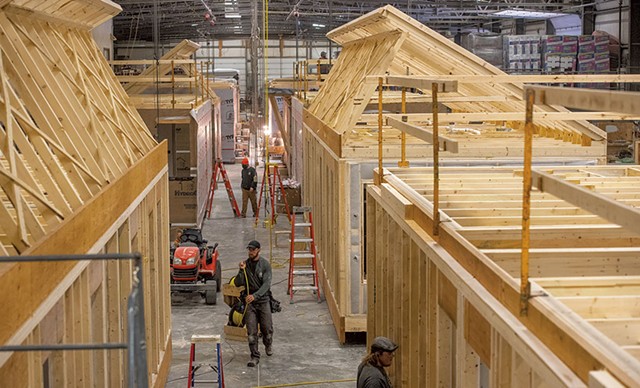 A duplex bound for Nantucket got its start last October as a stack of lumber at one end of a cavernous factory in Vermont. Over the course of 12 days, carpenters, plumbers and finishers worked on the house in pieces as it traveled down the assembly line at Huntington Homes, a modular house-building company in East Montpelier.

The duplex emerged in four sections from the other end of the factory, with its interiors completed and painted. There were cabinets in the kitchen and towel racks in the bathrooms.

The next step on the home's path: a truck trip to New Bedford, where the shrink-wrapped pieces traveled by barge to the Massachusetts island off the coast of Cape Cod. There, a local crew began the work of connecting pipes, hooking up electricity and making other finishing touches that could only be done on-site. When it was all done, a few months after delivery, the house would be indistinguishable from its stick-built neighbors.

Though there are several modular home dealers in Vermont, Huntington Homes is one of just two manufacturers; the other is Vermod, which builds affordable modular homes in Wilder. Huntington's factory crafts about 75 homes a year destined for Vermont and other locations within driving distance.

Modular buildings tend to cost less to construct than conventional ones, according to copresident and co-owner Jason Webster, whose father bought the company in 1993 after having managed the operation since its inception in 1978.

Because about 80 percent of the construction happens in the controlled environment of a factory, modular and prefabricated homes come together faster than traditional buildings. The nation's biggest modular companies, which build hotels and other large structures, often further reduce costs by locating their factories in rural areas with comparatively low labor and energy prices.

At Huntington, each home takes about 12 eight-hour shifts to build. The indoor environment is easier on the company's 75 workers, Webster said.

"Nobody is racing around; nobody is hollering," he said.

Customers can approach Huntington with their own home plans or choose from a menu of several dozen options illustrated by rotatable online pictures. At 772 square feet, a cape called the Harrington is one of the smallest; the Westminster II, at 2,852 square feet, is one of the largest, with four bathrooms and four bedrooms.

A big Huntington house with simple, inexpensive finishes might cost as little as $170 per square foot. A smaller one with high-end finishes, such as hardwood floors, wood siding and a standing seam roof, is priced at about $250 per square foot, a sum that's in keeping with most single-family home construction in Vermont at the moment. The owner's outlay on land, a driveway, septic, electric and permitting adds greatly to the final cost. 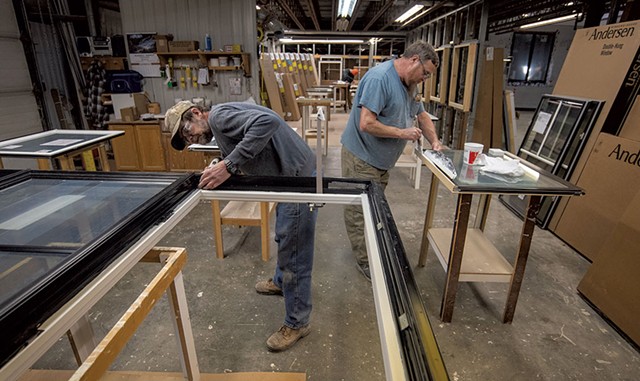 Just a few years ago, the average Huntington home cost about $350,000. But nowadays, with land and material prices soaring, Huntington's typical Vermont home appraises for $600,000 to $900,000, including the land, Webster said.

Huntington Homes started out in 1978 with affordable one-story ranches, then gradually improved its materials, amenities and floor plans. In that time, modular home construction has become more sophisticated everywhere. About half of the homes Huntington is building this year are all-electric, with no equipment fired by fossil fuels. They are heated and cooled by heat pumps.

In its year-old TruHome line, the company focuses on energy efficiency, recycled materials and other sustainable choices, while standardizing its designs to make the homes more affordable. In any construction project, when clients make changes, the price goes up.

That's one reason Miya Teraki and Nate Howells chose a modular home last year when they wanted to build a three-bedroom house in Duxbury. They hoped to avoid surprises, Teraki said.

"My husband and I have a pretty project-based mindset," she said. "Understanding what we were building, with all of the details, and not having to make a lot of rushed decisions during the construction appealed to us." 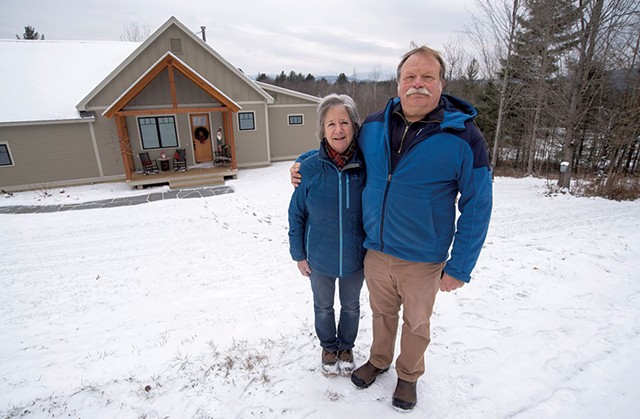 Joe and Marlene Wurtzbacher started with their own home plan and had Huntington turn it into a modular home that they placed on land in Waterbury Center. Still, a modular home turned out to be less expensive, faster to build and more energy efficient than a traditional home would have been, Joe Wurtzbacher said. And it meant less decision making throughout the process.

"A lot of the questions are already answered," said Wurtzbacher, a retired firefighter who moved to Vermont from Summit, N.J., a decade ago. He liked not having to make choices about concrete, framing and other materials, as he had when his previous homes were being built. "The things we were sweating over were things like flooring choices, cabinets, the roofing color," he said.

About half of Huntington's homes land on sites in Vermont — especially in Stowe and the Mad River Valley, where there has been a lot of construction in the last few years — or just over the border in Massachusetts and New Hampshire. Trucking the pieces farther would negate the price advantage of building the components in a factory, Webster said.

Yet on a typical day, when Huntington has four or five buildings moving through its factory in various stages of completion, many are bound for Nantucket, where the company started building homes in 1985. 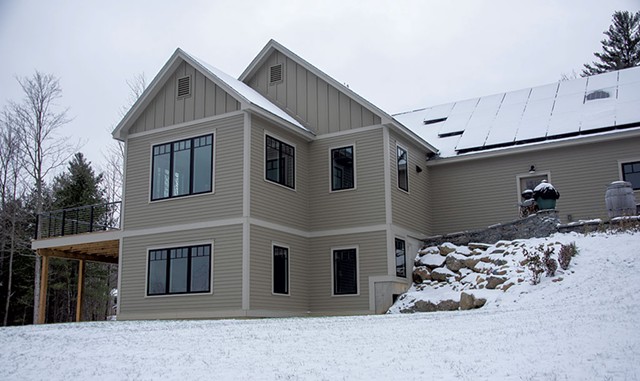 Huntington has sent an estimated 600 buildings to the island in the last 36 years, Webster said. Despite the complicated logistics of getting the modules there, Nantucket's stratospheric housing prices make it cost-effective.

"It just makes a heck of a lot of sense to use Vermont labor costs and ship value-added product to the island, instead of ordering pieces to the site on Nantucket and then paying Nantucket labor costs," Webster said. "On Nantucket, most of what we send is what would be considered their affordable housing."

The median home price there is typically around $2 million, according to Anne Kuszpa, executive director of the nonprofit Housing Nantucket. Huntington isn't the only modular home company supplying the island.

Along with homes, Huntington has built worker housing on Nantucket. The company recently created a 20-room dormitory for the yacht club in the core historic district, where it had to follow an array of strict codes. The town required that its materials include period details such as genuine single-pane windows.

"I think 99 out of 100 people, when they get off the ferry and look at that building, they think it's been here for 100 years," Webster said.

The original print version of this article was headlined "Mod Squad"