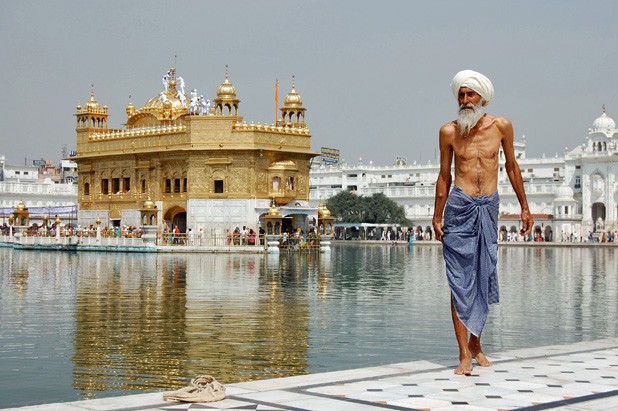 Conferences can be dry affairs, but the Vermont Humanities Council’s annual fall conference tends to be consistently exhilarating — not to mention held at resorts with spas. VHC’s director of community programs, Mark Fitzsimmons, rightly calls it “an important event in the intellectual life of Vermont every year.” This year’s topic is a particular draw, judging by the numbers: “Sacred Spaces, Sacred Places: Religious Architecture and Sites” has 200 registered attendees so far, says Fitzsimmons, with only a couple dozen spots remaining.

For attendees, says VHC executive director Peter Gilbert, the conference will be like “getting a tour — vicariously, as it were — of the works of architecture of different religions and having a scholar or expert explain why they’re built the way they are.”

The topic may also be a draw, because it uses architecture as a window into religion. “It’s an accessible, helpful way to access belief systems without engaging in doctrine as a self-evident truth,” he says. That may be important in Vermont, the state that a 2009 Gallup survey named the country’s least religious.

Rock climbers whose faith may extend only to the last cam they inserted are still likely to be interested in Dartmouth College Native American studies professor N. Bruce Duthu’s talk, which will address, among other topics, the cultural collisions over a natural rock formation called Devil’s Tower. The national monument in Wyoming is a climbers’ mecca, as well as a sacred site for several Plains tribes — a conflict that led the National Park Service to institute a voluntary climbing hiatus there one month of the year.

As for human-built structures, some of the most awe-inspiring sites of worship on the planet are for Muslims. Nasser Rabbat, the Aga Khan professor of Islamic architecture at the Massachusetts Institute of Technology, will speak about “The Three Mosques” — select structures in Saudi Arabia and Israel that the prophet Mohammed identified as visit-worthy. “We don’t tend to know a lot about Muslim culture and religion in Vermont, aside from the Islamic Society of Vermont in Colchester,” notes Fitzsimmons. Rabbat, he says, “is interested equally in religion and how architecture expresses beliefs.”

The MIT prof is one of the conference’s three major speakers, along with Robert A. Oden Jr., a former president at Carleton and Kenyon colleges; and Middlebury College professor of art and architectural history Glenn Andres.

Andres’ talk will have a more local focus. In “The New England Meetinghouse,” he’ll point out that these iconic structures were at first “aggressively nonchurchy.” Calvinists and Puritans reacted against the Anglican tradition of steeples and grand entrances under gables and towers, he says. Instead, citing scripture’s lack of reference to physical churches, they built plain structures that placed the pulpit at the center, preferring to emphasize teaching and prayer leading over liturgy displayed on an altar. Vermont’s oldest extant public building, Rockingham’s 1787 meeting house, happens to be an excellent example. But there used to be thousands around New England, Andres says. “Now there are just a few, because they thought of them as temporary buildings.”

Having captured images of these modest structures, Boston-based architectural photographer Steve Rosenthal put together an exhibit that will be on display at the conference, titled “White on White.”

It’s difficult to think of two more dissimilar structures than an Islamic mosque and an early New England meeting house, or, indeed, two more dissimilar belief systems than those they represent. Three talks at “Sacred Spaces, Sacred Places” will nonetheless attempt to draw connections between different religions’ approaches to “belief made concrete,” as Gilbert puts it. Oden, who also taught religion at Dartmouth and is a scholar of Near Eastern languages and religions, will give the opening keynote address, titled “The Roles of Sacred Spaces Across Belief Systems.” He will also lead a breakout session — one of a dozen smaller, simultaneously occurring talks that attendees can choose from — on religious rituals of all types. Terryl Kinder, a distinguished visiting professor at St. Michael’s College, will use another breakout session to examine the act of religious pilgrimage.

Sylvia Plumb, VHC’s director of communications, sees the conference’s focus on architecture as “a way to get at the commonalities between us” as well as “a way to talk about issues that are very sensitive and could be inflammatory.” She adds: “That’s the strength of all the humanities disciplines.”