How Much for That Senate Seat? The Postelection Math | Politics | Seven Days | Vermont's Independent Voice

How Much for That Senate Seat? The Postelection Math 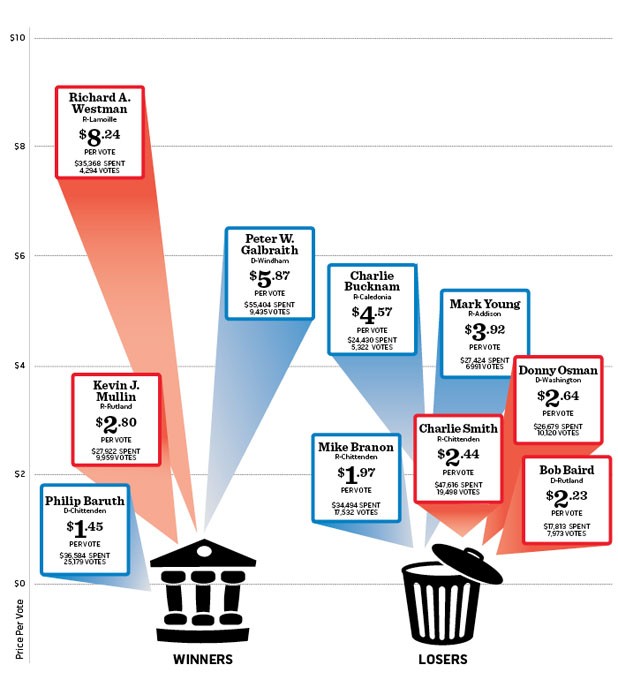 Since 1988, candidates for the state Senate, House of Representatives or county offices who spend or receive $500 or more must file campaign-finance reports with the Vermont secretary of state. This week, Seven Days took a look at the 50 Senate candidates who submitted final finance reports — only Richard Jeroloman, an independent from Burlington, filed a report showing that he rwwaised nothing and spent nothing. We wanted to know: Who were the biggest spenders? Was there a correlation between dollars and votes? Which candidates realized the best “returns on investment”?