How Many Seven Dayzers Does It Take...

Four brave staffers helped us launch Seven Days in September 1995. Lars-Erik Fisk designed the paper. Maggie Starvish was the "front-desk person" in our subterranean Church Street office, in charge of reception, classifieds, circulation and whatever else came up. Clove Tsindle compiled the calendar. And the incomparable Rick Woods sold so many ads to local businesses that the first issue was 28 pages. Even as a startup, the company never had a cash-flow problem.

By Christmas, we'd picked up news columnist Peter Freyne, photographer Matthew Thorsen, designers Samantha Hunt and Kathy Erickson and another reluctant but effective salesperson: Barbara Peabody. A year and a half later came Michelle Brown, a consummate professional salesperson who works for us to this day.

The first crew of delivery drivers — who on Wednesdays pick up and drop off thousands of papers in every direction within an hour and a half of Burlington — included Nat Michael and Harry Applegate. Both still work for us and, in addition to Seven Days, distribute 7 Nights, What's Good and our parenting publication, Kids VT.

Over the years, dozens of remarkable people have lent their talents to Seven Days. Some of them, such as art director Diane Sullivan and staff writer Ken Picard, have worked with us for much of their adult lives. Associate publishers Cathy Resmer, Don Eggert and Colby Roberts have 45 years among them, and none is older than 42.

Others, such as senior sales rep Michael Bradshaw and special publications manager Carolyn Fox, left the company and came back. 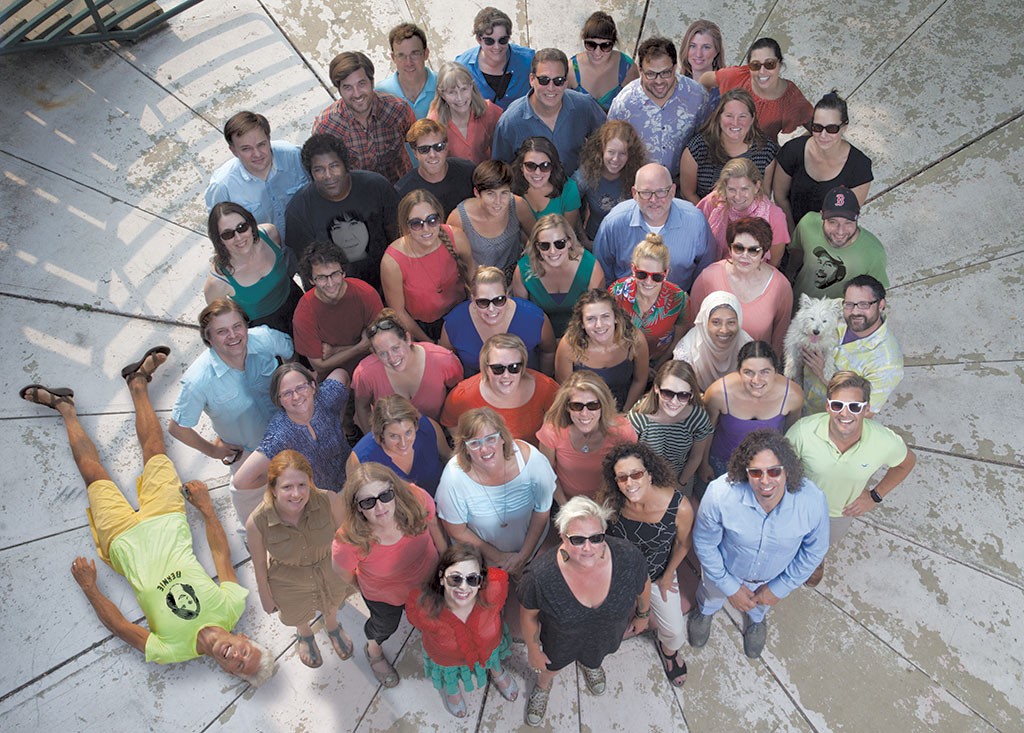 It takes creativity and hard work to "cover" our community. To make a newspaper from scratch every week, dozens of moving parts have to come together. The reporting, the editing, the photography, the calendar listings, design, proofreading. And then there's the digital side — uploading all that content to the web, pushing it out via apps and email newsletters and making sure people see it on Facebook. To say nothing of finding interesting stories in the first place, and selling the ads to enable us to pay for everything.

Not everyone thrives in a deadline-driven work environment; others embrace the pace and discover skills they didn't know they had. But all of the people listed here — both staffers and freelancers — contributed in some way to making Seven Days the media company that it is today. For their labor and loyalty, we are eternally grateful. 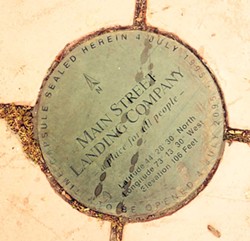 ... to Melinda Moulton who allowed us to use the Wing Building patio as the site for our 2015 staff photo. Coincidentally, we’re all standing on a time capsule that was buried there in 1995!