How Green Mountain is Your Love? A Vermont Compatibility Quiz

Finding a compatible partner is among life's great challenges — one that can feel especially daunting in Vermont, where the sparse population limits your choices.

Sure, you can always pick up, move to a metropolis like Boston or New York City, and gorge yourself on the all-you-can-date buffet of singles. But what if you've already put down roots in Vermont — and want a partner who's willing to do the same?

In recent years, online dating services have lubricated the mating process, allowing love seekers to more efficiently weed out "undesirable" candidates based on politics, education, activity level or predilection for creepy sex acts. So far, though, none captures the subtle verdant variations of "Vermontiness."

Enter the Green Mountain compatibility quiz: a quick and easy way of gauging where on the cultural color wheel your Vermont snuggle buddy resides.

Is that "Feel the Bern!" tattoo on their ankle real or temporary? Has their family been milking Holsteins since the days of Ethan and Ira Allen — or do they think that "Calais" is something you get from raking leaves without work gloves? Will they point to a mature sugar maple and say, straight-faced, "I'd tap that" — or do they reflexively snicker when you suggest going out for a creemee? Put your current partner to the test and compare their results with yours.

It's not necessary to keep score. But if your current partner chooses all As, and you, all Cs, perhaps your last argument about GMO versus non-GMO breakfast cereals will be the least of your worries.

Your preferred Saturday morning ritual is:

When the snow starts flying in December, your first thought is:

Weeding a vegetable garden is:

Housing in Vermont is a challenge. Your Green Mountain dream home is:

Your opinion of Vermont's seemingly ubiquitous hops-heavy craft beers is:

You expect your Vermont partner to share your parenting style, which is:

When out and about, you'd be willing to change your baby's diaper:

Keeping a clean house during mud season is hard. Usually your home is:

Vermont couples will inevitably run into their exes. When this happens, your instinctive reaction is to:

Given a choice of famous Vermonters to have as dinner party guests, you would select:

If you gave your partner's genitalia a Vermonty pet name, it would be:

When you eventually shuffle off this mortal coil, you want your body to be: 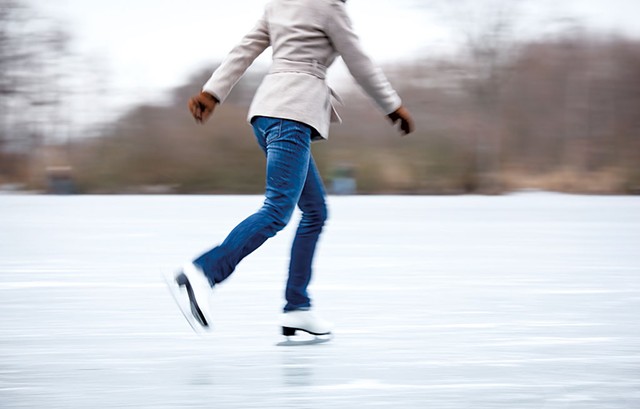 Searching for an authentic Green Mountain native? Assign one point for each of the following Vermont activities they've engaged in:

Ten or more: "Jeezum crow, eh? You're a true-blue Vermonter!"

Three to eight: "Buy yourself another flannel shirt. You're nearly there."

Zero to two: "Go back to New Jersey, poser!"