How do you set and enforce your kids' bedtime or curfew? | Kids VT | Seven Days | Vermont's Independent Voice

How do you set and enforce your kids' bedtime or curfew? 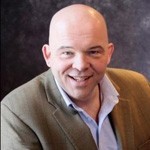 We started a bedtime routine when our kids were really young. Matt was 21 months old when Alex was born — still just a baby. Before his bedtime, which was eight o'clock, we'd go for a walk and then I'd rock him. I had to sing the same song over and over to get him to sleep. It was "O Canada."

For the most part, Matt and Alex both knew their bedtimes and hit it right on the mark. But when Sawyer was born, they complained that the baby got to stay up later than they did, so we had to explain the way a baby's schedule works.

As they got older and had curfews, 10 o'clock was pretty much the cutoff for week nights. On weekends, it was midnight. There are artful negotiations that go on.

One of the great things with today's technology, though, is that Sawyer can call or text and say, "Hey, I'm catching a ride now." We know if he's going to be a few minutes late. We're not waiting by the door like our parents did.

Our kids are homeschoolers, and we have no established bedtime or curfew. Bedtime is when the kids are tired; it's not a forced thing. My wife, Becca, reads to them every night, and usually I come in and sing "American Pie." I've sung that song thousands of times. It's just a nice, focused time. We say a prayer every night. We always do the "final four:" Wash your face, brush your teeth, pee and wash your hands.

The kids get up when they are ready to get up. We never have to say, "Get up and get on the bus!" Instead it's "Get up and have a good breakfast."

With the older kids, Abraham and Edgar, curfew is just knowing where they are and who they are with. They like being with friends, going to the homecoming game, and that's great. We just need to know what they're doing. There hasn't been any breach in trust. It's an honest and sincere relationship. Our kids are kind. They're involved. The teenage years are coming, and there are more tests ahead, but so far, it's just awesome.

When I was a kid, I wanted to stay up because my parents were downstairs watching "Perry Mason" and eating Chinese food. But for our kids, there was nothing cool about staying up. I wake up at about 4:10 in the morning, so I'm in bed by 8:30 or nine o'clock. When the girls were little, the dog came in, the lights went out and everybody went to bed. That's just the way the world worked.

With kids, you break the rule once — if they want a cup of water or this or that — and it's all over. My wife and I are like a tag team: It's us versus them. If you provide a united front, rules aren't an issue.

With curfews, I think some kids need them and some kids don't. We ask, "What are your plans? Where are you going? What are you going to do?" Sometimes it depends on whether we have to fetch them, because none of them have driver's licenses. Our kids might stay out until 10 or 11. Maybe 11 on Fridays and earlier on Saturdays, because we have church on Sunday morning, and they like their sleep. 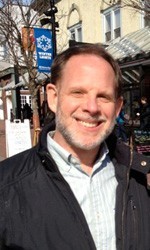 Early on, our kids' bedtimes were pretty much the same. But that became harder to justify with a four-and-a-half-year age gap. So they each got their own bedtime with their own ritual. We'd say to Paul, our younger one: "We're going upstairs, we'll wash up, we'll read a few books..." and by the time we'd done all that, it was time for Max to go to bed, and it didn't seem he was going to bed a lot later.

Later, it was about making choices as young adults. If you're going to come home and watch TV before dinner, then eat and go play hockey, you still need to do your homework. You have to make decisions about allocating your time. Bedtime is still bedtime.

With cellphones, we can stay in touch with Paul, so technology trumps the time as far as curfew goes. With Max in college, the new question was, How do you work curfew for a kid you don't see for weeks at a time? It boils down to this: When he's at school, we assume no news is good news. When he's home, he's in at 2 a.m. — so we can get a good night's sleep.