How Can Adults Keep Kids Safe Around Water? 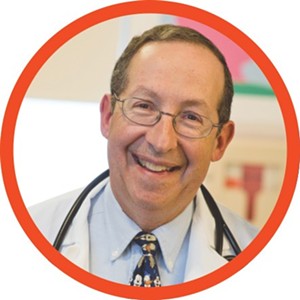 Splashing around in pools, lakes, rivers and swimming holes is one of the best parts of summer in Vermont. Swimming is great exercise for kids — and lots of fun, too — but it requires vigilance on the part of adults. On average, about 800 kids die from drowning nationwide each year, making it the second leading cause of death, after motor vehicle crashes, for children ages 1 to 4, according to the U.S. Centers for Disease Control and Prevention. Three out of four kids who drown were missing or left alone for less than five minutes, the CDC reports.

LEWIS FIRST: It's a silent killer. It can just take a few seconds for a child or teen to drown. The head will appear low in the water, with the mouth at water level, eyes glassy and the child not responsive or moving their arms or legs. They may be hyperventilating, gasping or trying to swim, but not making headway. Most of the time, however, you don't see that. As soon as water gets into their lungs, they try to breathe and they sink.

KVT: What are the best ways to prevent drowning?

LF: There are three factors we can address: lack of swimming ability; lack of protective barriers around pools, such as gates and fences; and, most importantly, lack of close supervision. All children over the age of 4 should learn how to swim in classes that adhere to American Red Cross guidelines. For children ages 1 to 4, swim lessons may reduce, but not eliminate, the risk of drowning.

KVT: What about infants?

LF: Infants can be in a pool with an adult, but there's no evidence that swim lessons will prevent a child this young from sinking or drowning. Infants can experience water poisoning from swallowing too much water, which can cause seizures. And, because babies are so small, they can cool down very quickly and experience hypothermia, so bringing infants into a pool to get used to the water is not a good idea.

KVT: What about kids who can't swim?

LF: Any child who cannot swim who's in a pool should wear a U.S. Coast Guard-approved personal floatation device. Kids under 5 should wear one with a neck collar that automatically keeps their head above water. Putting a child in water wings, or on an inner tube, pool toy or raft doesn't "waterproof" the child. Adults should provide arms-length supervision for any child who cannot swim.

Even older kids [who can swim], including teens, should be under direct supervision if they're not with a swim buddy. That means the adult is not looking at a cellphone, reading a magazine or talking to friends. Someone should have his or her eyes on the swimmers at all times. Have a cellphone on hand in case something goes wrong and you need to call 911. Finally, anyone supervising kids who are swimming should know CPR.

KVT: What is shallow water blackout?

LF: Basically, it's a loss of consciousness due to hyperventilation, which reduces the body's desire to take a breath. For example, if kids are doing an underwater swimming contest and take big breaths beforehand, their carbon dioxide level can drop so low that they have no drive to breathe and can literally faint underwater, open their mouth and drown. Generally, shallow water blackout occurs in water that's less than 16 feet deep, and some studies suggest it may be responsible for more than 50 percent of all drownings. To prevent it, kids shouldn't run around the pool before jumping in or have underwater breath-holding competitions.

KVT: What are the risks of swimming in natural bodies of water?

LF: Children should be taught to never drink that water or put it in their mouths. Most problems associated with swimming in natural bodies of water are gastrointestinal — nausea, vomiting, diarrhea — and occur several days later. Also, there may be pollutants that irritate the skin, eyes, ears and respiratory tract. Kids should avoid water that's discolored or has algae blooms. Blue-green algae emits toxins that can be swallowed, inhaled or absorbed through the skin and can affect the nervous and respiratory systems. And, avoid rivers and swimming holes in the days following heavy rains because of the dangers of rushing water, debris and pollutants.

KVT: What are other risks associated with swimming holes?

LF: Swimming holes often have unknown currents that can trap kids underwater. Kids can injure themselves by diving into water that's shallow or has hidden underwater hazards. There may be rocks and debris on the bottom, so it's advisable to wear water shoes or sandals. Also, swimmers should avoid swimming near or climbing on waterfalls, which can trap people underwater. Never choose a swimming spot where you hear loud rushing water. Finally, whenever you're swimming in natural bodies of water, bring along a rope to throw to a struggling swimmer in case of emergency. If someone is struggling, you don't want to wade or swim into a dangerous current to help.