How and When Should Parents Talk to Boys About Puberty? | Kids VT | Seven Days | Vermont's Independent Voice

How and When Should Parents Talk to Boys About Puberty? 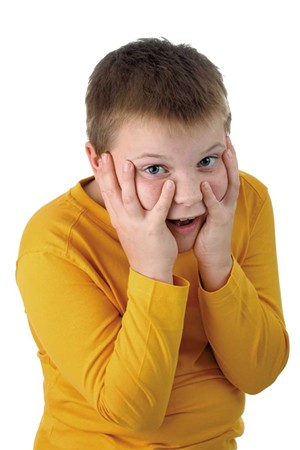 While puberty in girls brings obvious changes, including breast development and the onset of menstruation, the changes boys experience may be less obvious. As a consequence, parents may wonder when to talk about puberty with their sons. And when they do tackle the topic, they might be unsure of what to say.

In our Dad Issue, Dr. Lewis First, chief of pediatrics at University of Vermont Children's Hospital, discusses the pubertal changes that boys undergo and how and when parents — of any gender — can broach these sensitive subjects.

KIDS VT: Why is it important to have a conversation about puberty and sexual development?

LEWIS FIRST: According to a recent study, at least half of all high school seniors and college students surveyed say that their parents never talked to them about sex or puberty, and, for those who did, the conversation lasted less than 10 minutes. That's a problem because kids are exposed to so much misinformation about body image and sexuality, so separating fact from fiction becomes a critical parental responsibility. The problem is, your child is not going to ask to have "the talk." So I encourage parents to have these conversations not once but continually throughout childhood.

KVT: At what age should these conversations begin?

LF: The best time to start is during toddlerhood, when parents should teach kids the anatomically correct names for body parts, including their genitals. It makes these discussions much more natural. Once kids move on to preschool and early school age, that's a great time to broach the subject of consent, "good touch" versus "bad touch" and where babies come from.

KVT: When should parents broach the subject of puberty with boys?

LF: Male puberty tends to begin between ages 9 and 14. From ages 6 to 9, kids are old enough to understand puberty, so parents can start teaching boys the basics of the changes they should expect. It's much easier to have this conversation before age 9 because pre-pubertal kids are usually curious and willing to listen and learn. Once puberty sets in, a discussion about it can become more awkward, especially if their friends are experiencing changes that they are not, or vice versa.

LF: Parents should tell boys that their voice will change, that the size of their penis and testicles will change, and that they'll start to get body hair and body odor. Even if kids laugh or don't want to make eye contact, 6- to 9-year-olds are going to listen intently. You can have the conversation while riding in the car because neither person needs to look at the other. Also, it may be useful for parents to tell their own story, such as, "I struggled with it, and I don't want this to happen to you." Or, "I want you to know that you can always talk to me about anything, even if it's confusing or embarrassing.

KVT: What are boys' most common fears or concerns?

LF: Typically they include involuntary erections, breast enlargement (which can transiently occur in about two thirds of males but is often not as visible as it is in girls and usually disappears a year or two after the onset of puberty), changes in penis and testicle size, masturbation, acne, and nocturnal emissions or "wet dreams." Boys should be told that all these changes are caused by rising hormone levels, so they don't need to worry about them or call unwanted attention to them in others. Wet dreams may cause boys some anxiety but they should be told that they're normal, most common during puberty and generally subside. When parents talk about these topics nonchalantly, it normalizes these experiences and makes them less embarrassing.

KVT: How can parents broach the subject of penis size?

LF: A parent might say, "I have friends who tell me their sons worry about the size of their penis. If that's a concern for you, it shouldn't be, because by the time puberty is over, everyone's penis is about the same size." Boys should be taught that size is determined largely by genetics and that what a penis looks like erect is very different from what it looks like flaccid. Boys should also know that no product on the market will increase the size, length or girth of their penis, and that none of the drugs they may see advertised for erectile dysfunction are appropriate for children. If they have further questions or concerns, they can speak to their health care professional.

KVT: Are there issues parents should discuss with kids that weren't a concern when they were growing up?

LF: Yes, the importance of privacy. As puberty hits, parents should talk to their kids about social media and make sure that kids understand that posting pictures online of anything related to their own or others' sexual development is not a way to respect themselves or others.

LF: It's important that when parents talk to boys about what they experience, they should also talk about what girls experience — menstruation, breast development, growth spurts that occur earlier than in boys — because it further promotes the idea of mutual respect for bodily changes. If mothers talk to their sons, they can be just as effective as fathers. And if a mother doesn't feel comfortable discussing these things with her son, she should ask his father, a relative, pediatrician, coach or another male friend. It's also critical that parents ask their kids' teachers what they're being taught in school. Parents should familiarize themselves with the curriculum and its timing because this is a great time for parents to insert their own values into the conversation. Finally, whatever they do, parents should never tease a child who's going through puberty. The best thing is to be matter-of-fact and provide honest and intelligent answers.