How a Vermonter Founded FXFU 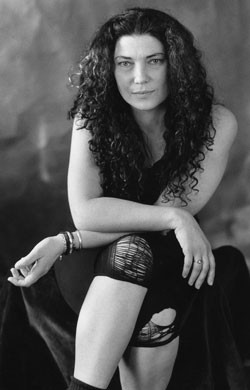 South by Southwest is a monster. Part industry mixer, part festival, part precursor to Alcoholics Anonymous meetings, it is one of the most important music events of the year, and inarguably the largest. But it wasn’t always.

Once upon a time, SXSW was simply a showcase for Austin bands, a way for the city’s musicians to snag a slice of the publicity pie from their higher-profile New York or Los Angeles brethren. As the festival has exploded in popularity and cultural importance, it has spawned an inevitable backlash that’s manifested in a variety of forms.

In certain snarky corners of the blogosphere, it is fashionable to bemoan SXSW as overblown and overhyped corporate posturing — a not entirely baseless claim. Ask Austin residents — the ones who don’t pack up and leave town during the music week — how they feel about the fest, and you’ll hear a spectrum of answers ranging from the politically correct (“It’s a boon for the city!”) to the bluntly honest (“Get the hell out of my bar. And don’t move here.”).

Perhaps the most infamous — and pointed — response to SXSW was the rise of an underground antifestival called Fuck X Fuck You. Clever moniker, no?

At first glance, you’d think such an event was started by some jilted Austin band licking its wounds after being shut out of SXSW. And you’d be mostly right, save for one small detail. FXFU wasn’t started by Austinites. It was started by a Vermont band, Peg Tassey and Proud of It. True story.

The year was 1993. Tassey’s band, which also included drummer Troy Pudvah (Dysfunkshun) and a teenage Josh Cooper (Made in Iron), had submitted a demo tape to SXSW and spent the months leading up to the festival trying to raise enough money to travel to Austin, despite not having heard back from festival organizers about whether they’d been accepted. One thing that hasn’t changed over the years: Getting into showcases at SXSW is incredibly competitive.

Tassey, who now lives in Montpelier, writes that about 10 days prior to the festival she was informed that the band had not been offered a gig. But having gone all in on the bet that they’d be playing, they decided to go anyway. Her bandmates had all requested time off from work. And there was that pesky matter of all the money that had been raised to send the band on its way. This was pre-Kickstarter, after all, and there was no way to repay those who donated.

So she booked two small club shows as consolation. But in Waco, Texas — two weeks after the Branch Davidian shootings — Pudvah’s van, Blue Ethel, lost a tire. The axle scraped the pavement and the ensuing sparks set the van on fire.

“Troy, being the amazing muscle-man drummer in the band, jumped out of the van before I could even scream,” writes Tassey. Pudvah dumped the band’s beer cooler, filled it with water from a roadside ditch and extinguished the flames. Incredibly, no one was injured, and Tassey and company made it to Austin. But they were stranded until they could afford to fix the van.

In Austin, the band crashed with a Vermont expat, musician and artist Ethan Azarian. Near Azarian’s place was the Helms House, a large co-op — and notorious party house — occupied by college students. Among its previous residents: a singer named Janis Joplin. Tassey approached the house’s inhabitants and related her story. She asked the residents if they would host a fundraising show to get the band back on the road. They happily agreed.

“And Fuck X Fuck You was born!” writes Tassey.

Tassey went to the local Kinko’s and had hundreds of flyers and posters made bearing the FXFU moniker. She plastered downtown Austin and stood outside SXSW showcases handing out handbills.

“People totally got what we were doing,” she says in a recent phone conversation. “They were psyched to get away from SXSW politics.”

The party was a smash success. Tassey says hundreds of people rolled through the door, including members of Austin bands Ed Hall, the Butthole Surfers and the Prairie Dogs. The band raised enough money to fix the van, and was subsequently invited to play some “crazy loft and backroom shows.”

As for FXFU? Hard to say. Aside from a few random YouTube videos and message-board posts bearing the handle, the festival has almost no internet presence — unsurprisingly, given its counter-cultural nature. Though it’s clear some version of it existed at least as recently as 2008. Responding to an email inquiry, Raoul Hernandez, the current music editor at the Austin Chronicle, says that while the festival has some name cachet in Austin, he hasn’t heard anything about it recently.

But I’d like to think that somewhere, most likely in East Austin, some starry-eyed, down-on-their-luck band who came to SXSW this week only to have their dreams dashed will play an impromptu set for similarly jaded fans with no wristbands or badges. They’ll drink shitty beer out of a keg and probably incur a bunch of noise violations. And the spirit of Fuck X Fuck You, a spirit born out of necessity by a self-described “1990s rock-and-roll queen,” will live on.

When Waylon Speed take the stage at Nectar’s this Saturday, March 16 — alongside the Zack duPont Band and Tan Vampires — they will do so fresh off an appearance on the Artie Lange Show on SiriusXM Satellite Radio on Friday, March 15. Lange, a one-time fixture on the Howard Stern show, will interview the band, who I’m told will also play a few tunes. Tune in at nickandartie.com.

It’s been a while since we’ve heard from bedroom-pop duo Let’s Whisper. The Smitten-ly side project of Dana Kaplan and Colin Clary has been pretty quiet of late, but with good reason. They’ve been holed up in the studio with Boston-based BTV expat Brad Searles, who has been sitting in with the band on drums (and who played with almost as many Queen City bands as Clary did back in the 1990s). LW, with Searles, play the Skinny Pancake in Burlington this Friday, March 15, with Vermont’s the Bad Spellers and NYC’s Vivienne Eastwood. Look for a release on that record later this year.

Hepcats, take note: Two of the area’s better jazz ensembles, the Christopher Peterman Sextet and Amber DeLaurentis’ the Blue Gardenias, set up shop at the First Unitarian Universalist Church in Burlington this Thursday, March 14. Between them, the bands boast some of Vermont’s best and brightest jazz talent, including Tom Cleary, Taryn Noelle, Peter Krag and Geoff Kim, to name but a few. Word on the street is that the church recently acquired a new grand piano, so these will be the first jazz players to tickle its ivories (or whatever they use now).

Last but not least, this Sunday, March 17, is St. Patrick’s Day. Loath as I am to suggest doing anything related to celebrating faux-Irishness, if you must, you could do worse than to catch the Dirty Blondes offshoot, Everybody’s Favorite Irish Drinking Songs, who will be slinging songs, pints and potatoes — yes, really — at Red Square for the ninth straight year. Sláinte! (Full disclosure: Everybody’s Favorite Irish Drinking Songs includes Seven Days Staffer Diane Sullivan.)

This Week on “Tour Date with DJ Llu”

The third season of Seven Days’ music podcast, Tour Date with DJ Llu, continues this Wednesday, March 13, when Llu sits down with Al Scheiner from jam rockers moe. The band’s annual snoe.down festival at Killington Resort runs from Thursday, March 21, through Sunday, March 24. To listen in, check out 7d.blogs.com/tour_date.