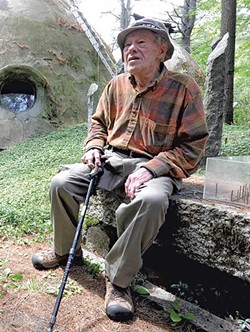 In the woods along Hollister Hill Road in Marshfield is a handmade house that has to be seen to be believed. Fantastical and hobbit-worthy, it's a series of connected domes and arching vaults, the tallest of which is two stories high. The nonlinear forms are made from polystyrene, coated inside and out with a mixture of mud and cement. Frameless oval windows are set directly into the walls. Inside, hand-built cherry-slab furniture and towering clusters of granite columns help create a living space that's every inch a work of art.

The maker of the so-called Vermont Earth House, Bob Chappelle, is now 95. He was no inexperienced homesteader when he began building it in 1988. Chappelle had degrees in mechanical engineering and architecture — the latter from the University of Pennsylvania in 1948. Once, at an award ceremony, he met a cantankerous Frank Lloyd Wright, who complained that the medals weren't well made.

Chappelle ran his own firm in Philadelphia, Chappelle & Crothers, until he parted ways with his partner and moved to Vermont. Here, he became interested in the world's most basic building material: earth. His fascination was based on travels he had taken around the world — "from the icebound North to the Cape," as Chappelle put it — and especially in Africa. He began experimenting with the viability of mud in northern climates on the 67-acre plot he bought in Marshfield. 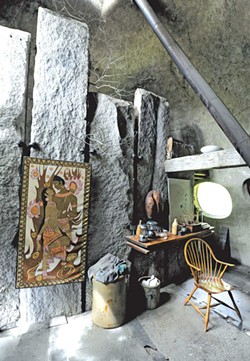 Speaking to a group of preservationists gathered for a tour of his home in August, Chappelle recalled an initial building effort that used too little sandy loam. "I dumped the whole thing in the woods," said Chappelle, who leans on a cane but is otherwise mobile, sharp and cheerful.

When he finally found the right mud mix, he built the insulating polystyrene core up from bedrock, applied the mud and coated the exterior with two different waterproofing substances. Those have since begun to fail, and some of the mud is crumbling as a result of water damage.

This problem is what gave rise to the tour, organized by Vermont state architectural historian Devin Colman. He led a group that included Lisa Ryan from the Preservation Trust of Vermont, James Duggan from the state's Division for Historic Preservation and Helen Whyte of the Vermont Advisory Council on Historic Preservation — the body that evaluates and recommends Vermont sites for the National Register of Historic Places. Nest tagged along. 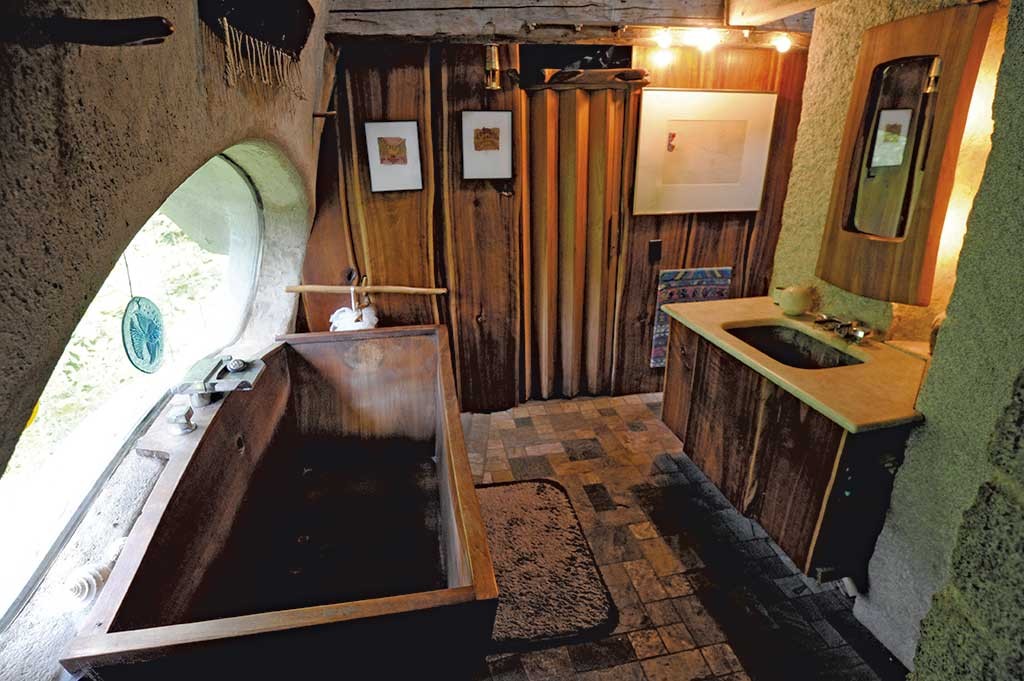 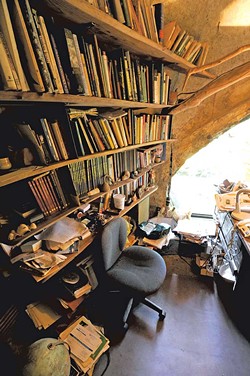 All of the experts agreed the house is worth preserving; the only question was how to waterproof without significantly altering or damaging Chappelle's creation. Chappelle's hardworking assistant, Monique Gerbex of Hyde Park, whose day job is at High Mowing Organic Seeds, must constantly patch and repair under Chappelle's worried direction.

For the architect himself, preserving the Vermont Earth House would help combat what he considers deeply disturbing building trends that result in lifeless living spaces.

"Our country is so wedded to studs, sheetrock, plywood, plasterboard," Chappelle declared. "All you get is a box."