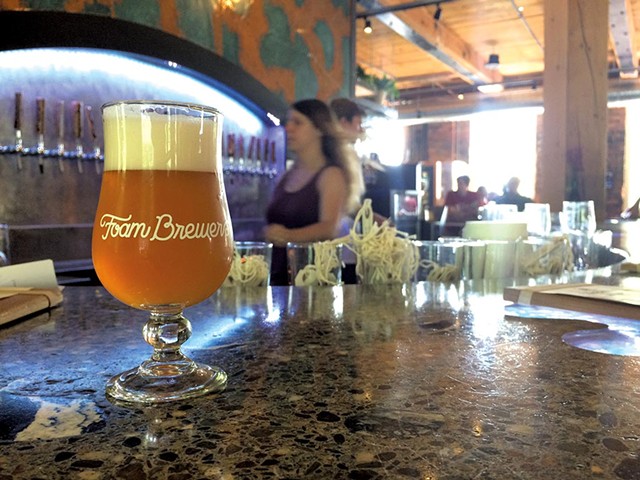 Even at a formidable 6.5 percent alcohol (rather boozy for a sour beer), the new brew is thirst-quenching and bright, marrying brisk acid with a touch of funk. "We wanted to do something lean and dry with clean lactic acidity," says brewer Todd Haire, who co-owns HOF and Foam Brewers with two sets of partners.

Orange Dot is just the beginning for HOF. In addition to releasing the brew in bottles in June, Haire plans to offer Pink Dot (wild-fermented golden ale with raspberries, ginger and orange zest) later this summer and several other blended, oak-aged "Dots" as they reach maturity.

The original print version of this article was headlined "Creative Ferment"