Sometimes you just need to eat a cupcake. I'd adopt this as my life's motto but my hips and my kids' hyperactivity levels won't allow it. This is a regular ol' yellow cupcake with a delightful cinnamon-sugar filling. Eat them for breakfast; I won't tell. 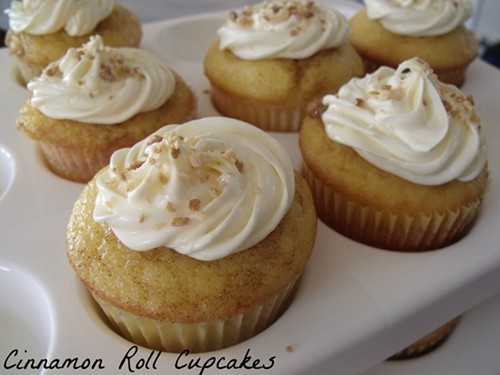 Yellow cake batter; use a box or a homemade version such as this one from Wilton
2 tablespoon sugar
1/2 teaspoon cinnamon

Bake for about 20 minutes or until a toothpick comes out clean. Cool in the pan for a few minutes, then cool completely on a rack.

For the frosting, beat cream cheese in a mixer. Once smooth, slowly add in butter, beating until well combined. Add in sugar and vanilla and beat until smooth and creamy.

Pipe frosting onto cooled cupcakes and sprinkle with extra cinnamon-sugar. 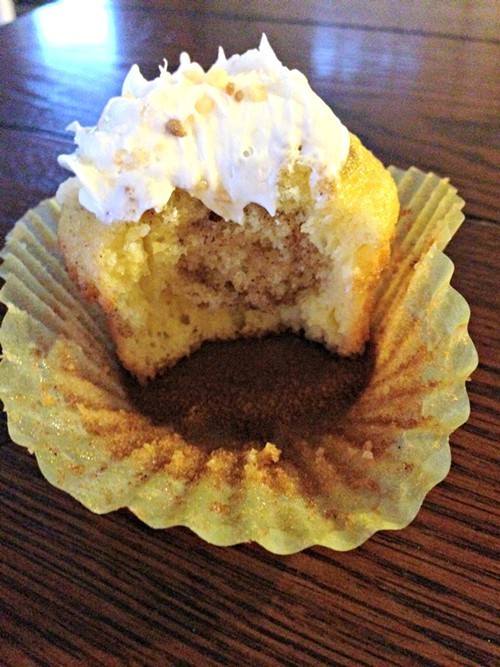