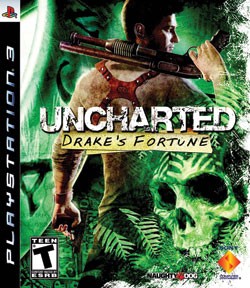 You win some, you lose some.

“BioShock” electrified gamers, while “Halo 3” almost lived up to the hype. We saw a new “Super Mario” title and watched as the Wii grew from a 2006 holiday novelty into a respected gaming machine.

What were the year’s big wins and avoidable disappointments? Here’s a list of some of 2007’s biggest hits and misses.

Hit: The return of pink games. A few years back, the game industry gave up on girls. The twisted logic was that girls didn’t play games because they were made for boys, and that making games for girls further alienated them from gaming by segregating them and making boy games even less relevant to them. With the emergence of titles such as “American Girl: Julie Saves the Eagles” and “Hannah Montana: Music Jam,” quality games for little girls have made a comeback.

Miss: The Wii Zapper. There’s real merit in the idea of clicking your Wii controller into a hunk of plastic that’s shaped like a rifle stock to enjoy gun-based games. But the zapper feels more like a bug sprayer, and the games are easier to play without it.

Miss: “Grand Theft Auto IV” delay. Long ago, we were promised this game would be on the shelves by now. Instead, developer Rockstar has released box art and promotional trailers. Fans should be getting tired of these bait-and-switch deals. But they just keep eating it up and waiting. So perhaps the “GTA IV” delay is actually a marketing hit.

Hit: Casual games. Xbox Live has come to life on the back of casual games such as “Geometry Wars” and “Uno.” The Web has exploded with fun, interesting and novel offerings such as “Chocolatier” and “Cake Mania,” which have done more to promote gaming than any console hit. “Geometry Wars: Galaxies” for the Wii proves the point, by packaging a casual hit as a mainstream release.

Miss: Despite their promise, cellphone games still stink. Our favorite handheld devices have grown more powerful and, thanks to the iPhone, sexier. But when it comes to games, any self-respecting player will carry a PSP or DS before relying on his or her phone.

Hit: After a long drought, fans of the PlayStation 3 have finally started to see the light of top-notch, exclusive games at the end of the tunnel. “Uncharted: Drake’s Fortune” harks back to “Tomb Raider” with its lush settings and action-adventure play.

Miss: “Rock Band” peripherals. For owners of the $170 “Rock Band” guitar, mike and drum rig, a busted piece of gear has become an all-too-common issue when rocking out with friends.