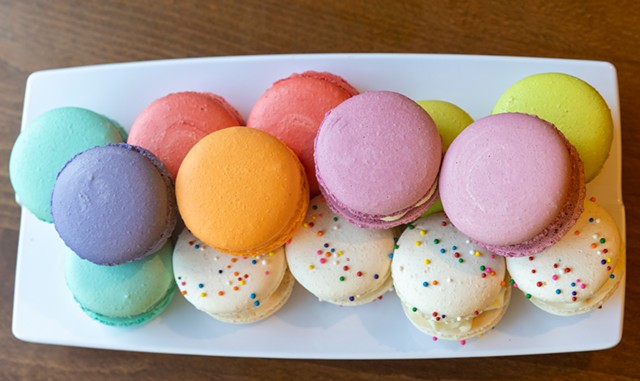 The fragrant smoke of blackened Cajun spices wafted through Good Times Café as the staff of the Hinesburg restaurant assembled shrimp po'boy sandwiches — as well as pizzas and Greek salads — for a nonstop flow of Tuesday night takeout customers.

Good Times, a fixture at a bend of Route 116 for more than 25 years, has enjoyed a loyal following of locals who swear by the food and the friendliness. New owners Travis and Maryam Counter took over the café in October 2019 and, while embracing its beloved pizza, have made the restaurant their own.

"We want everyone to be able to come in and enjoy something." Travis Counter tweet this

They've brought with them an eclectic blend of cuisines, one that reflects their past and their passions. Travis, 40, a Hinesburg native and enthusiast of Cajun and Creole cooking, has expanded on Good Times' existing Louisiana-inspired dishes to include crawfish étouffée, gumbo, jambalaya and the shrimp po'boy.

Maryam, 38, who came to the United States from Russia as a college student, has a flair for French-style macarons, which have become the cornerstone of her own business, Matryoshka's Bakery. She supplies most of Good Times' dessert offerings from her commercially licensed home kitchen in St. George.

"Most people come for the pizza," Travis said, but "we have a very staunch following for the Cajun, and we've been trying to push it more."

He takes pride in getting the Cajun spices right, though bayou buffs have told him that the dishes could use more Louisiana heat. I visited this month to sample the offerings, including the po'boy. Its blackened shrimp were just peppery enough to give a satisfying kick to the sandwich enclosed in dense focaccia and accompanying rémoulade, the classic mayonnaise-based dressing.

"I'm trying to back off [the heat] because everyone's a little different, and Vermont is not well known for its spice," he said. "Some people can't tolerate it. I got some Louisiana hot sauce if they want to kick it up."

The gumbo, laden with chicken, andouille sausage and vegetables, boasted a rich smokiness but lacked the signature okra with its distinct texture. (Travis said he has struggled with supply shortages of some items, including okra, so he may not have had it for that batch.) The étouffée contained chunks of succulent crawfish, sweet peppers and onions in a light sauce that was less fishy than a down-South version but let the delicate flavors emerge. Good Times orders its crawfish from a Louisiana purveyor and its shrimp from Gulf fishermen, Travis said.

"It is such an homage to, I guess 'cooking the land' is the best way to put it," he said of Cajun food. "It's just what they had at their disposal and how to utilize it, but using the influence from Africa and the Spaniards coming over and the French coming over and the Italians coming over. It just became a melting pot of all these different cuisines and varietals that created its own cuisine."

Marty McRae, who happens to be the Counter kids' school bus driver, stopped by the café while I visited to pick up his regular order of the shrimp po'boy. It's the only one he has found that comes close to the sandwiches he has eaten in New Orleans, he said.

"The spices, the blackening, is very authentic, and it tastes great," McRae said. He added of Travis, "I think he's got it right." 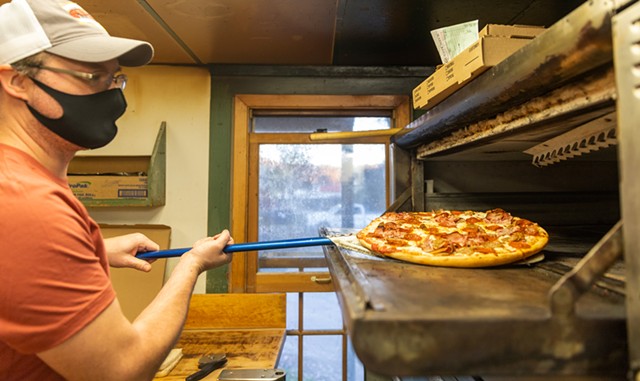 Maryam tasted macarons for the first time in Russia, she said. She began making the delicacies when, pregnant with the couple's second child, she found that the cost of childcare outstripped her wages. She stayed home and launched Matryoshka's, named after the Russian nesting doll. That meant perfecting the famously tricky process of making the cookies. The egg-white-and-almond-flour treats (distinct from American coconut macaroons) require precise measuring, painstaking mixing and carefully controlled humidity.

"We have to kind of treat them like princesses, macarons, like a queen," said Maryam, who now employs two bakers. "Make sure they are in the right oven, with the right pan, there is the right amount of air blowing on them. That's how they are treated in the kitchen. And then we all bow [to them] when we have a good day. Like today, we had a great day. All of the macarons came out."

She has also expanded her repertoire. For her traditional Russian honey cake, she hand-rolls eight thin layers of cake between blankets of cream cheese frosting and bejewels the top with tiny beads of honey. "It's my mom's traditional recipe," Maryam said with pride.

The dessert's popularity bumped it from an occasional special to a menu staple, and it's no wonder. My slice melted in my mouth, light but luscious and not cloyingly sweet, thanks to the honey's floral notes. Heavenly Honey Apiary in Monkton supplies the honey, and Maryam sources her dairy products and most other ingredients from Vermont.

Good Times' dining room has remained closed since the start of the pandemic, less than four months after the Counters bought the place. Before that, takeout orders accounted for about 80 percent of its business, so the change did little damage to sales. A new online ordering system has also helped, Travis said.

He grew up in the hospitality business. His father and stepmother owned a bed-and-breakfast in New Haven, where he cooked and cleaned starting at age 12. He got his degree in hotel management at the hospitality school Johnson & Wales University in Rhode Island, then came back to work for the former Sheraton Burlington Hotel.

That's where he and Maryam met. She's from Kamenka, a small town in southwestern Russia, where she loved spending time in her grandmother's gardens. As a college student, she planned to become an elementary school teacher and learned English. She came to the U.S. in 2005 on a summer work-and-travel program, landing at the Burlington hotel.

"He was my boss," she said of Travis, with a grin.

After going to the Fourth of July fireworks in Burlington with friends, they started dating. Six months later, they were married.By spring, when Maryam was pregnant with the first of their three daughters, the Counters moved to Tucson, Ariz., where they joined the parent company of the now-shuttered Sweet Tomatoes and Souplantation chains of buffet restaurants. In 2008, the company moved them to Texas. There, they lived close enough to Louisiana to feel the culinary influence and visit the neighboring state before moving north.

"Louisiana is kind of in the front of climate change," Travis said. "The bayou and the deltas are disappearing slowly and surely. And being able to keep that cuisine and culture going is important."

With books by bayou chefs such as Paul Prudhomme, Justin Wilson and Leah Chase, he taught himself the basics — always starting with a perfect roux. It's a cooked mixture of flour and fat used to thicken sauces. But making good roux isn't as easy as it sounds.

"With Cajun roux, it's even harder because you have to take it to a level of darkness that's not traditional to cooking," Travis explained. "A gumbo roux is taken to almost a dark, dark chocolate look. It almost looks like it's burnt."

In 2016, the Counters returned to Vermont to live closer to family. They always hoped to open their own business and jumped at doing so when they learned that the previous Good Times owners wanted to sell.

If the pandemic eases enough to allow for gatherings, Travis plans to host crawfish boils outside Good Times next summer. Under the previous owners, the café became known for its live music as well as its food, and the Counters would like to resume that, too.

While they try to build a bigger following for the Cajun cuisine, pizza still accounts for about 75 percent of Good Times' sales. They'll never abandon those pies, Travis insisted. He has developed some new specialty pizzas, including the thick-crusted Goat, with goat cheese and a balsamic drizzle that punches up the broccoli, mushroom and caramelized onion toppings.

"We want everyone to be able to come in and enjoy something," he said.

The original print version of this article was headlined "Cajun Connection"