Hildene, the Lincoln Family Home, Offers Insight Into America’s Past and Present

What if you could combine an enjoyable getaway with an opportunity to learn about America's history and contemplate its future? Hildene, the Lincoln family home in Manchester, is a family-friendly and thought-provoking destination with attractions for visitors of all ages, including those invested in social and environmental issues.

Situated on the Battenkill River between the Taconic and Green mountains, Hildene is the ancestral home of Robert and Mary Lincoln, the son and daughter-in-law of Abraham and Mary Todd Lincoln. The estate's 412 acres contain a slew of natural features — forest, field and wetland — as well as 14 historic buildings, including Robert and Mary's Georgian Revival mansion.

Robert built his family's southern Vermont summer abode in 1905. It housed three generations of Lincolns until 1975, when the last descendant to live in the home died and left it to the Church of Christ, Scientist. Three years later, local community members formed the nonprofit Friends of Hildene and purchased the estate as a memorial to the Lincoln family.

Visiting history buffs no doubt drool over the artifacts inside the palatial mansion. The exhibit "The American Ideal: Abraham Lincoln and the Second Inaugural" is dedicated to president Lincoln's second inaugural address, delivered near the end of the Civil War in 1865, two years after he issued the Emancipation Proclamation abolishing slavery. In it, he spoke of the North's complicity in slavery and the country's need for peace and healing. 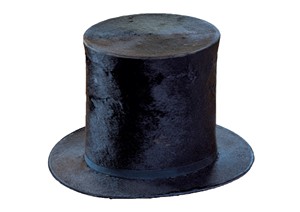 The exhibit includes a Bible owned by Lincoln, as well as a White House mirror. The looking glass, according to Hildene president Brian Keefe, "was possibly the last place where Abraham Lincoln saw his own likeness before he was killed." And Honest Abe's iconic stovepipe hat? There's one of those too.

Outside the main house, the formal garden is designed to resemble a stained-glass window and begs to be photographed. A quick search for #hildene on Instagram yields snapshots of stylish users flanked by manicured flora. "Visited [Hildene] and tried to convince Matt we should move in," reads the caption under one couple's pic.

Guests with children might swing by the Goat Dairy to observe the cheesemaking process. "The playful kid goats were a highlight for me," wrote one Yelp reviewer last year. Or head down to Dene Farm, located on a 56-acre meadow below the home, to see sheep, ducks, pigs, chickens, rabbits, cattle and alpaca. 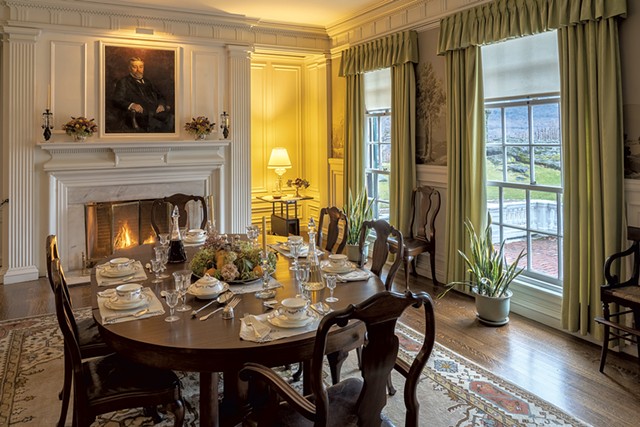 Beyond the picturesque grounds, historical artifacts and natural features, a visit to Hildene may take on a deeper significance in light of nationwide protests against systemic racism.

The exhibit "Many Voices" is the southernmost site on the Vermont African American Heritage Trail. It's displayed alongside a restored 1903 executive railcar that was owned by the Pullman Company, of which Robert Lincoln was president from 1897 to 1911. "Many Voices" examines the complex history and legacy of the Black porters who worked for the company after the abolition of slavery.

"It shows the evolution of the Pullman porters and the role that they played in the labor union movement, the civil rights movement and [their] pathway to the middle class," Keefe explained. 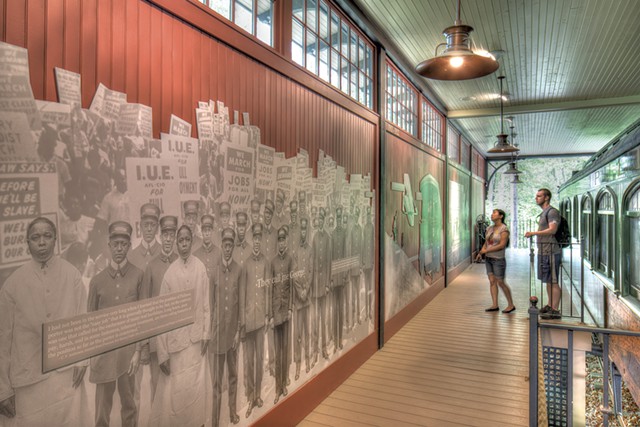 However, "It was not a straight path, and it was not an easy path," he continued, noting that these freed slaves worked long hours for very little pay. Regarding America's continued racial reckoning, said Keefe, "We very much think that we are a place where these discussions can and should be had."

Along with fostering civil civic discourse, another of Hildene's key actions is conservation. The grounds provide a pollinator sanctuary, and eco-conscious tourists can savor 12 miles of walking trails, multiple gardens free of synthetic pesticides and a 600-foot floating boardwalk through the Battenkill River wetland.

"We want to be a place where people can come and talk about some of the greater issues that face our nation and the world right now." Brian Keefe tweet this

Also on the website is this statement: "Hildene exists to carry the values of Abraham Lincoln to future generations by educating and inspiring others to put those values into action." To this end, Keefe said, the nonprofit is raising money to build a year-round venue for civic discourse.

He explained, "We want to be a place where people can come and talk about some of the greater issues that face our nation and the world right now."

The original print version of this article was headlined "History Lesson"