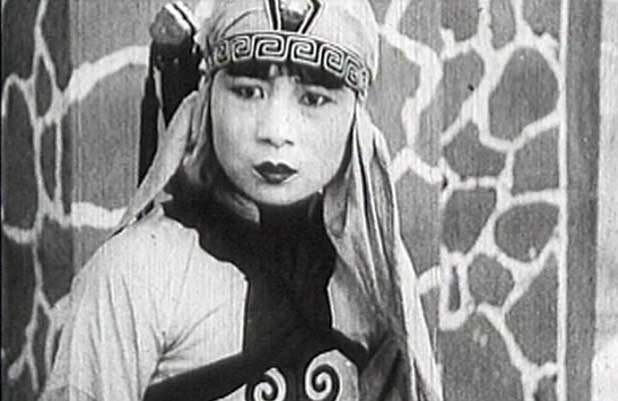 Boston’s Devil Music Ensemble are not your typical band. Formed in 1999, the trio is best known for composing and performing original scores to “forgotten” silent films, such as Robert Weine’s 1920 Cabinet of Dr. Caligari and the 1922 F.W. Murnau classic Nosferatu, A Symphony of Horror. Their latest endeavor is scoring the landmark 1929 Chinese kung-fu epic, Red Heroine.

As the oldest complete Chinese martial-arts film, it is nothing short of an archetype; themes of injustice and vengeance will no doubt be familiar to fans of the genre’s modern incarnations. But Red Heroine was among the first, and many would say best. Since the Chinese government in 1931 would place a ban on “superstitious” films — those featuring swordplay and/or magic — it represents the only surviving link to a long-lost era of international cinema. The current run of DME-scored screenings marks only the second time the film has been seen in the United States.

SEVEN DAYS: What was it about Red Heroine that you found so appealing?

TIM NYLANDER: The fact that it’s from 1929 and it could have been made today. The story is like the originator of the classic kung fu revenge story. And it’s crazy that it has a woman in the lead role. Which, I guess, is because the Chinese government was kind of scared of these films. So they started making them with women in the lead roles, which was OK because nobody believed that a woman would actually become a skilled martial-arts fighter. They figured they could do that and people wouldn’t believe it. It’s funny, kind of . . . but not really.

But the films were wildly popular, which is why this is, like, the last one that exists, because people just ate ’em up and they ran them until they fell apart. But in the 1930s, when the Communist government came into power, they destroyed them all, because they bred some sort of superstition or folk belief that [the government] wanted to eradicate.

SD: In addition to the use of Chinese instruments, it sounds like there’s a significant modern influence in the score.

TN: There is. We wanted to do some quasi-traditional Chinese music but still sound like us. Which is where the contemporary influence comes in — where the moody, ambient, “whatever we sound like” happens.

SD: I believe the term I read was “kung-fu funk.”

TN: Kung fu funk? Yeah, that’s not entirely accurate. There was one interview that has us blown completely out of proportion . . . which completely sucks. We just sort of wanted to put our spin on it. And we didn’t realize how important a film it would be to take out on the road until we started doing it. People were just blown away by this film. They didn’t even know that type of film existed, and that it was good. Or that they were making this type of film back then.

It’s been a great experience for all of us, for sure.

SD: Most silent films originally had some sort of accompaniment or soundtrack. So when you’re scoring a film like Red Heroine, it’s sort of a reinterpretation, almost as if you’re narrating . . .

TN: That’s exactly what we do. That’s all anybody really ever did with silent films. There were never really any set scores that went out with the films, except in certain cases — Charlie Chaplin wrote his own scores, just because he was a pretty gifted composer. And a few other films had scores. But most of the time it was up to the accompanist to sort of go with the flow and interpret the film for themselves. So we’re sort of carrying that tradition on. Although we don’t do a lot of improv — we score it out pretty seriously.

TN: Not really. I mean, if someone makes a mistake . . . but we’re pretty good at reining that in. Although when we first started doing films, it was mostly improv. But then we started getting more serious about scoring stuff and really trying to get character themes together. [We] really try to emote some of the story. People seem to like it, and it works for us.