Side Dishes: Tantra to try new tastes at lunch 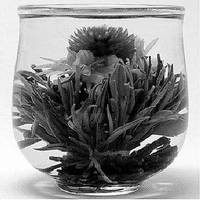 If you're the type that gets steamed up over dim sum, the demise of Five Spice must have been deflating. But beginning this Thursday, you can get your dumpling on at Tantra on lower Church Street in Burlington. The establishment, just steps away from Five Spice's old location, will do dim sum at lunch every Thursday through Sunday. According to owner Manatat Waiwong, the restaurant will eventually offer the small plates at dinner as well.

What inspired the new menu? A gap in B-town's dining scene. "I wanted to do that for a long time, but I saw that Five Spice had it, and didn't want to interfere with that."

As at dim sum restaurants in major cities, carts laden with food will be rolled around to each table. Waiwong says they'll have traditional red pork buns, a couple varieties of shiu mai, kim chee and mock duck with taro dumplings. White snapper with ginger will be the highest-ticket item, at $4.50. Portions of most other items will cost between $3 and $3.75 apiece. Waiwong's plan is to begin with about 15 different choices, and eventually add a few more.

Want tea with that? Tantra will soon offer a special one: blooming tea. Waiwong describes it as "a ball of tea you put in the water and it blooms up into a different color and flavor." The pretty potable will be served in a glass mug for easy viewing.